Forrest Gump is a wonderful and uplifting drama-comedy that lets viewers see the world through the eyes of an innocent and completely sincere man. Was it Best Picture good, especially over The Shawshank Redemption? Probably not, but I have no problem with it winning.

END_OF_DOCUMENT_TOKEN_TO_BE_REPLACED 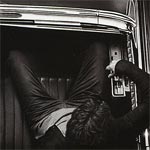 END_OF_DOCUMENT_TOKEN_TO_BE_REPLACED

The Jungle Book 2 is yet another weaker additions in Disney’s arsenal of needless sequels and although this did get released theatrically, it was originally planned as a DTV release which this should have been relegated to along with all the rest. It’s not terrible and younger viewers might enjoy it as it’s a breezy flick that is only 65-minutes long (sans credits), but adults might not find much to enjoy.