The 100 isn’t normally my kind of show as generally I don’t have much interest in these ever-growing post-apocalyptic shows (which I included The Walking Dead), but I did find this one to be semi-entertaining.

END_OF_DOCUMENT_TOKEN_TO_BE_REPLACED 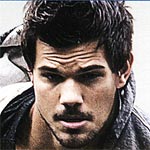