The eerie backwoods journey begins when Wrong Turn arrives on Blu-ray (plus Digital) and DVD February 23 from Lionsgate. The reboot of the iconic franchise is executive produced by Martin Moszkowicz (Resident Evil franchise), Bill Bromiley (We Summon the Darkness), and Jonathan Saba (The Vanished, Hangman) and stars Matthew Modine (The Dark Knight Rises), Emma Dumont (“The Gifted”), Charlotte Vega (American Assassin), Daisy Head (“Harlots”), and Bill Sage (“Power”). Wrong Turn will be available on Blu-ray and DVD for the suggested retail price of $21.99 and $19.98, respectively.

OFFICIAL SYNOPSIS
Backwoods terror and never-jangling suspense meet when Jen (Charlotte Vega) and a group of friends set out to hike the Appalachian Trail. Despite warnings to stick to the trail, the hikers stray off course—and cross into land inhabited by The Foundation, a hidden community of mountain dwellers who use deadly means to protect their way of life. Suddenly under siege, Jen and her friends seem headed to the point of no return— unless Jen’s father (Golden Globe® nominee* Matthew Modine) can reach them in time. 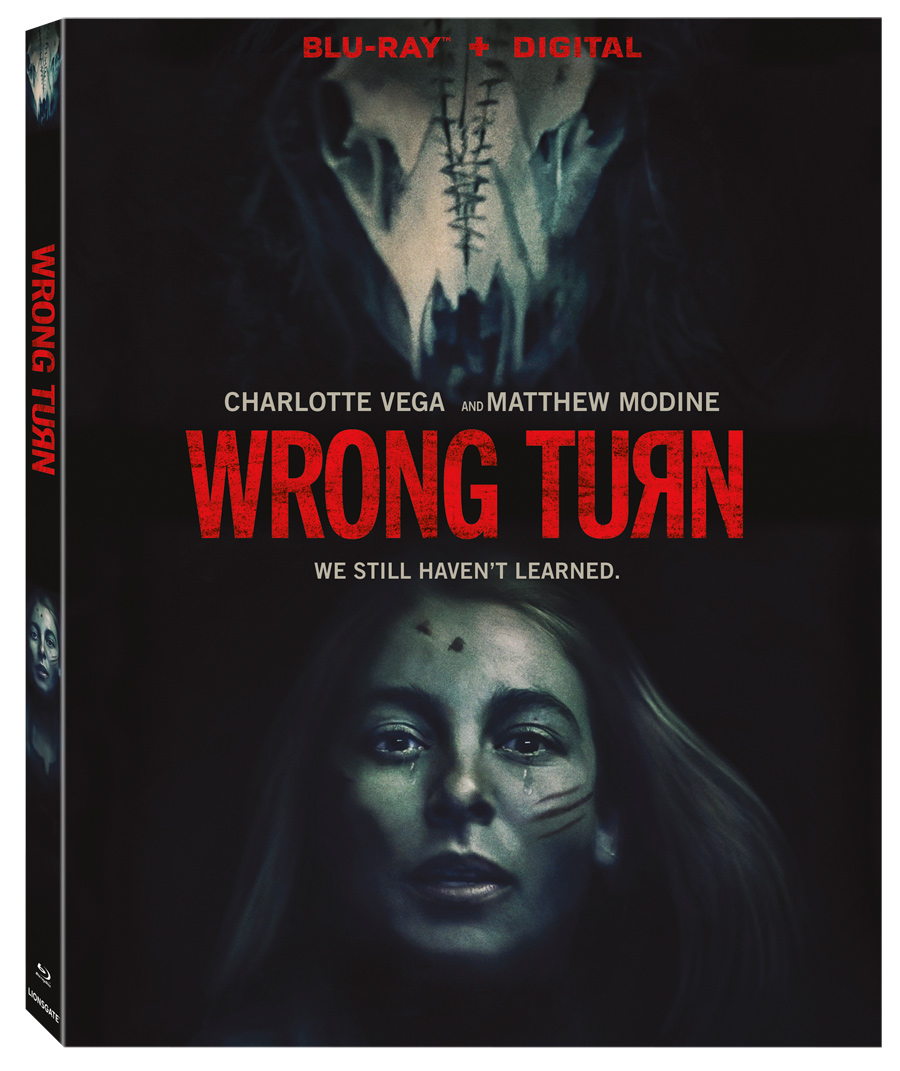