Jackie Chan is back in action when Vanguard arrives on Digital March 2, and on DVD and Blu-ray (plus Digital) March 9 from Lionsgate. This film released in the U.S. on November 25 in 1,000+ theaters. Featuring international action superstar and martial arts legend Jackie Chan (Rush Hour), Yang Yang (Once Upon A Time), and Miya Muqi (Tomb Robber). Vanguard will be available on DVD and Blu-ray (plus Digital) for the suggested retail price of $19.98 and $24.99, respectively.

OFFICIAL SYNOPSIS
International superstar and martial arts legend Jackie Chan leaps into action as Tang, CEO of the covert security company Vanguard in this gripping action-thriller. After wealthy businessman Qin rats out his corrupt partner in an arms deal gone fatally wrong, he and his family become targets of the world’s deadliest mercenary organization — and the fighting power of Tang’s team is their only hope to survive. Set in locations across the globe — including London, Zambia, India, an Arabian desert, and Dubai — Vanguard delivers electrifying thrills from start to breathtaking finish! 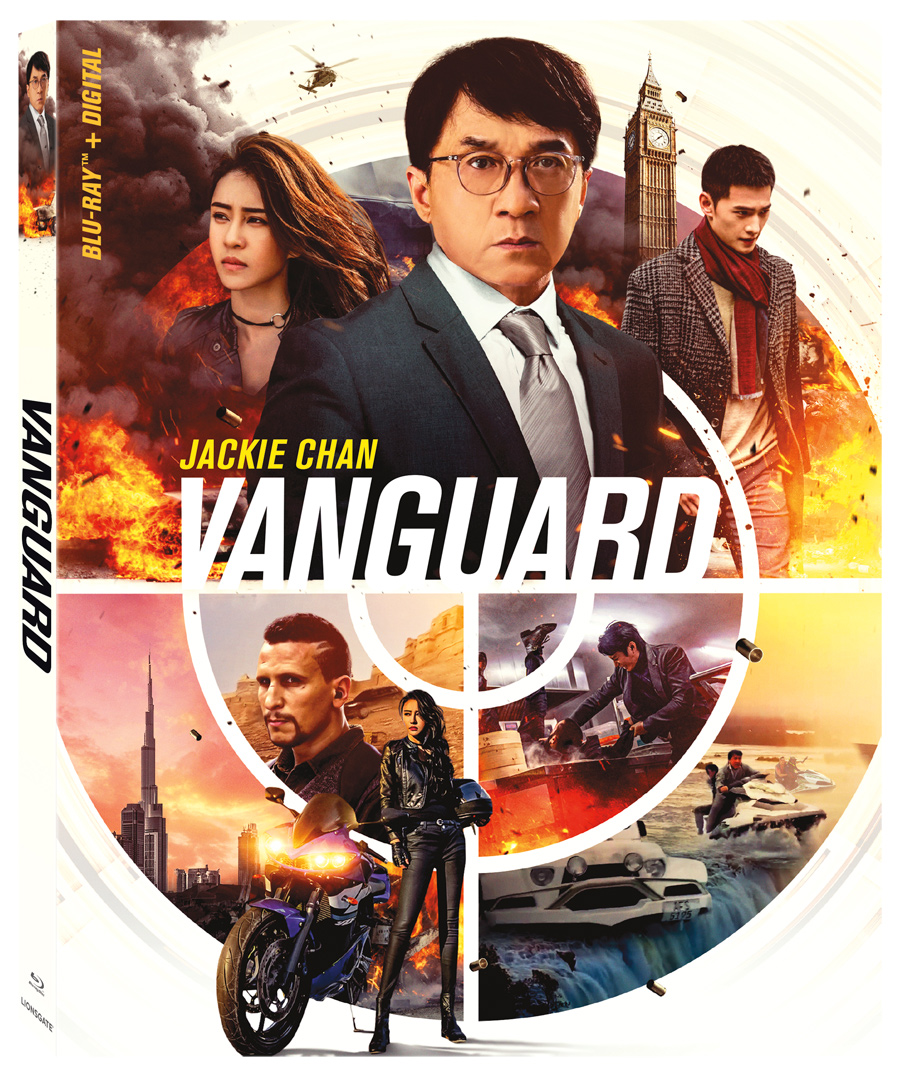