Insomnia is a well made thriller with a standout performance from Stellan Skarsgård who, to this point, was not very well known to American audiences. Writer/Director Erik Skjoldjærg does a good job with the psychological elements in combination with his take on film noir making this a film well worth watching. 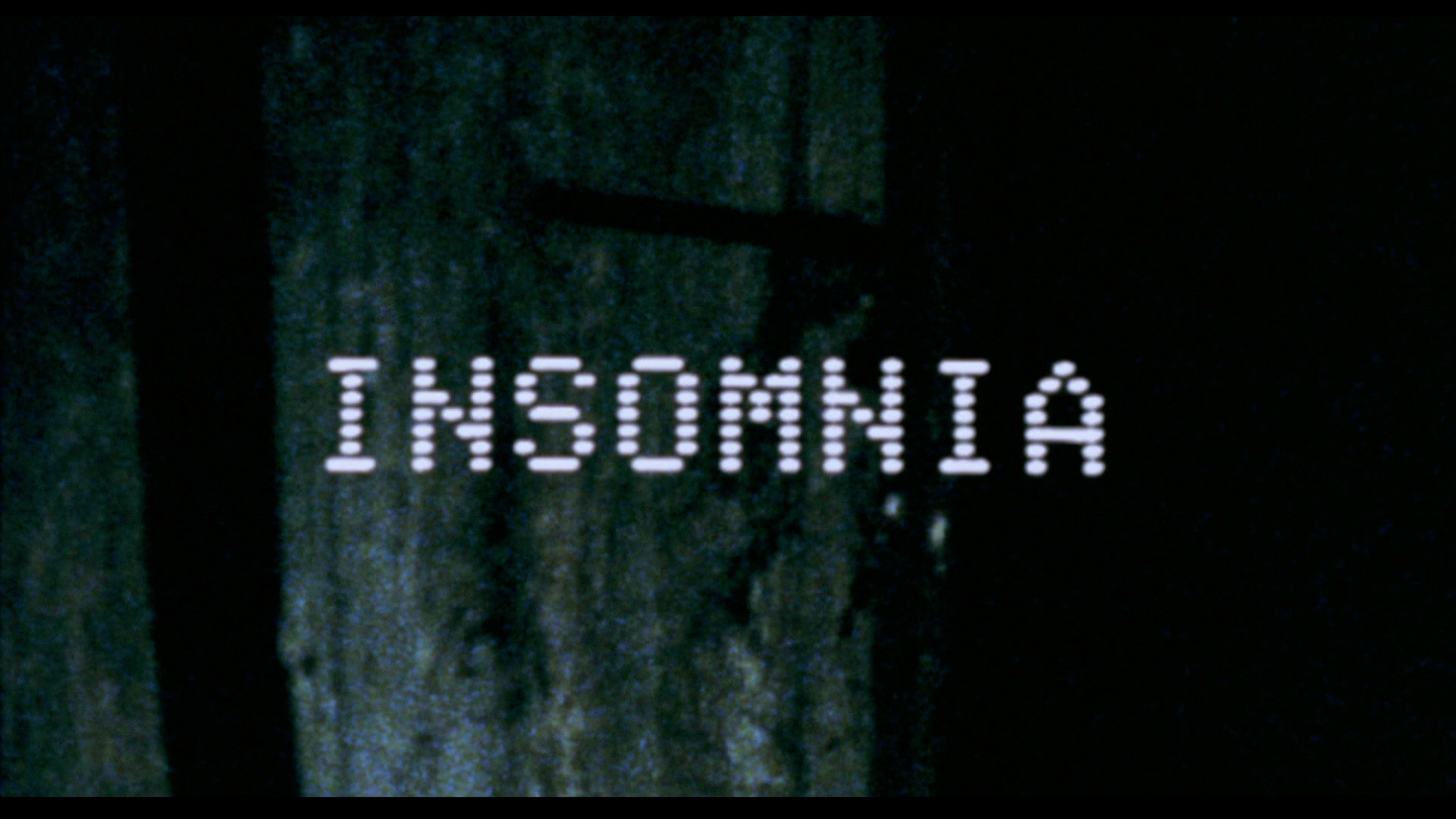 Insomnia is a 1997 Swedish crime-drama that has received a cult following over the years to go along with a 2005 remake directed by Christopher Nolan, which, as a side, is an aberration in his career compared with his other films. Having now seen both, finally getting to this 1997 version, both bring something different to the table, despite having basically the same plot, though I’m leaning toward the original, a darker take and features an incredible performance from Stellan Skarsgård giving a bit more nuanced performance compared that to Al Pacino.

The story follows Swedish detectives Jonas Engstrom (STELLAN SKARSGÅRD) and Erik Vik (SVERRE ANKER OUSDAL) who are called to a remote Norwegian town to investigate the murder of a teenage girl at the hands of a “perfectionist” killer – described in an almost complimentary fashion by Engstrom. When they use the media to lure the killer out, a chase ensues, as the fog settles in, leading to Engstrom accidentally killing Vik which is one of the first deviations the 2005 remake took; this one has Engstrom lying to cover up that he had a gun in a country that doesn’t even allow its own police to carry while the remake called into question whether it was an accident as the partner was set to testify against him in a corruption case. 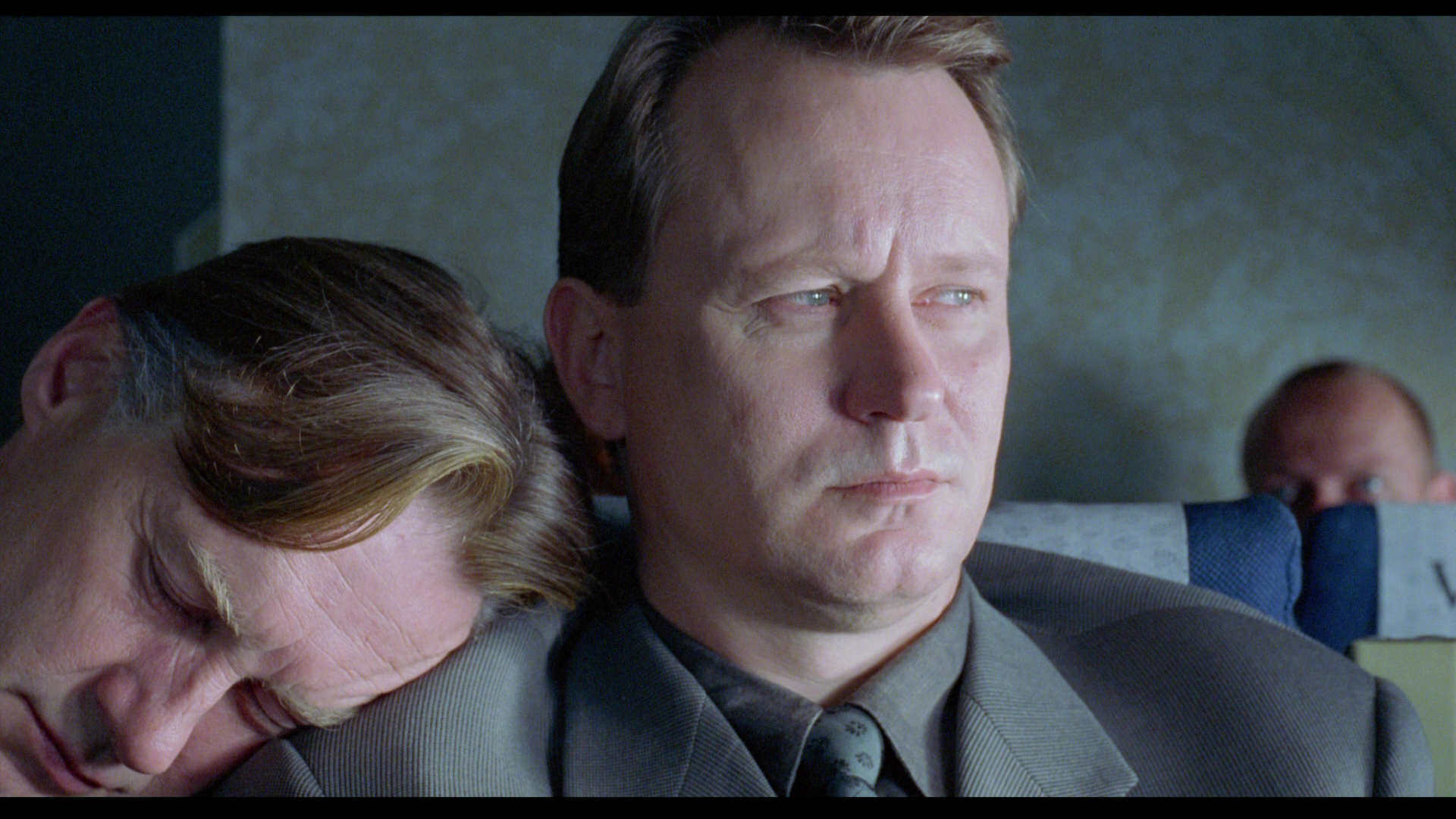 The killing leads Engstrom having trouble sleeping in a place where the sun never goes down (aka “The Land of the Midnight Sun” as it’s called in the film) and also seeing visions of his deceased partner. Meanwhile, his problems mount when, after illegally searching the home of a potential suspect Jon Holt (BJORN FLOBERG), receives a call where each has a hold on the other as the suspect saw Engstrom kill his partner while Engstrom knows Holt killed the girl. There is some game ship played it becomes clear Engstrom sees something of himself in Holt.

Insomnia is a well made almost hypnotic noir thriller featuring an incredible performance from Stellan Skarsgård and in conjunction with Erik Skjoldjærg screenplay and direction (his feature-length debut), who does a good job conveying Engstrom’s psychological degradation. If you’re in my shoes having seen the 2005 Christopher Nolan remake before this original, there’s no doubt you’ll get something out of this version as well. The 2-disc set (1 BD, 1 DVD) comes housed in the typical thick Criterion Collection case. Inside is a 20-page essay booklet.

Interview (20:57; HD) – Erik Skjoldjærg and Stellan Skarsgard sit down for a new interview, with one another, discussing the making of Insomnia and its various aspects from script, character and the film noir genre. Criterion Collection releases Insomnia onto Blu-ray presented in its original 1.85 widescreen aspect ratio and a newly minted 1080p high-definition transfer (4K restoration) from the original 35mm camera negative. In a word, this transfer is impressive with no major flaws like artifacting, pixilation, dust marks or scratches which have all been cleaned up leaving behind sharp detail levels and the right colors (often bleached out in keeping with Engstrom’s frame of mind). It’s another top notch job done by Criterion.

Not to be outdone, the soundtrack also gets an upgrade to DTS-HD Master Audio 2.0 track in Norwegian and Swedish with English subtitles automatically selected on when playing the movie. This never was quite an action-packed movie relegating gunplay and explosions for tense and even creepy atmosphere. Dialogue sounds clear throughout and the score by Geir Jenssen (in his feature debut) comes across really nicely. 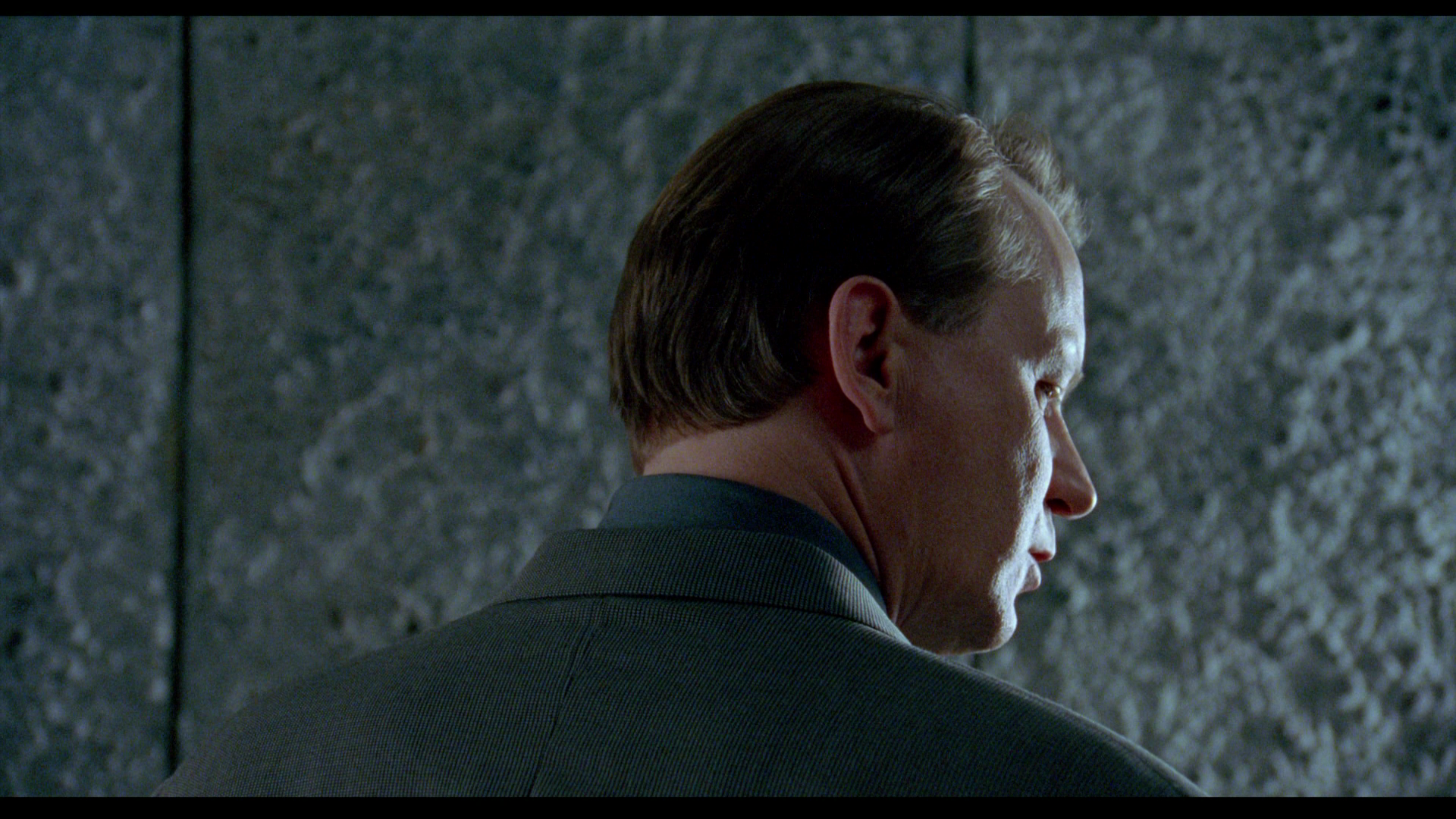 Overall, Insomnia is a well made thriller with a standout performance from Stellan Skarsgård who, to this point, was not very well known to American audiences. Writer/Director Erik Skjoldjærg does a good job with the psychological elements in combination with his take on film noir making this a film well worth watching even if you’ve already seen Nolan’s 2005 remake.