The Slumber Party Massacre is yet another fine release from the folks at Shout Factory who have been at the helm with providing home viewers with some of the more obscure titles. 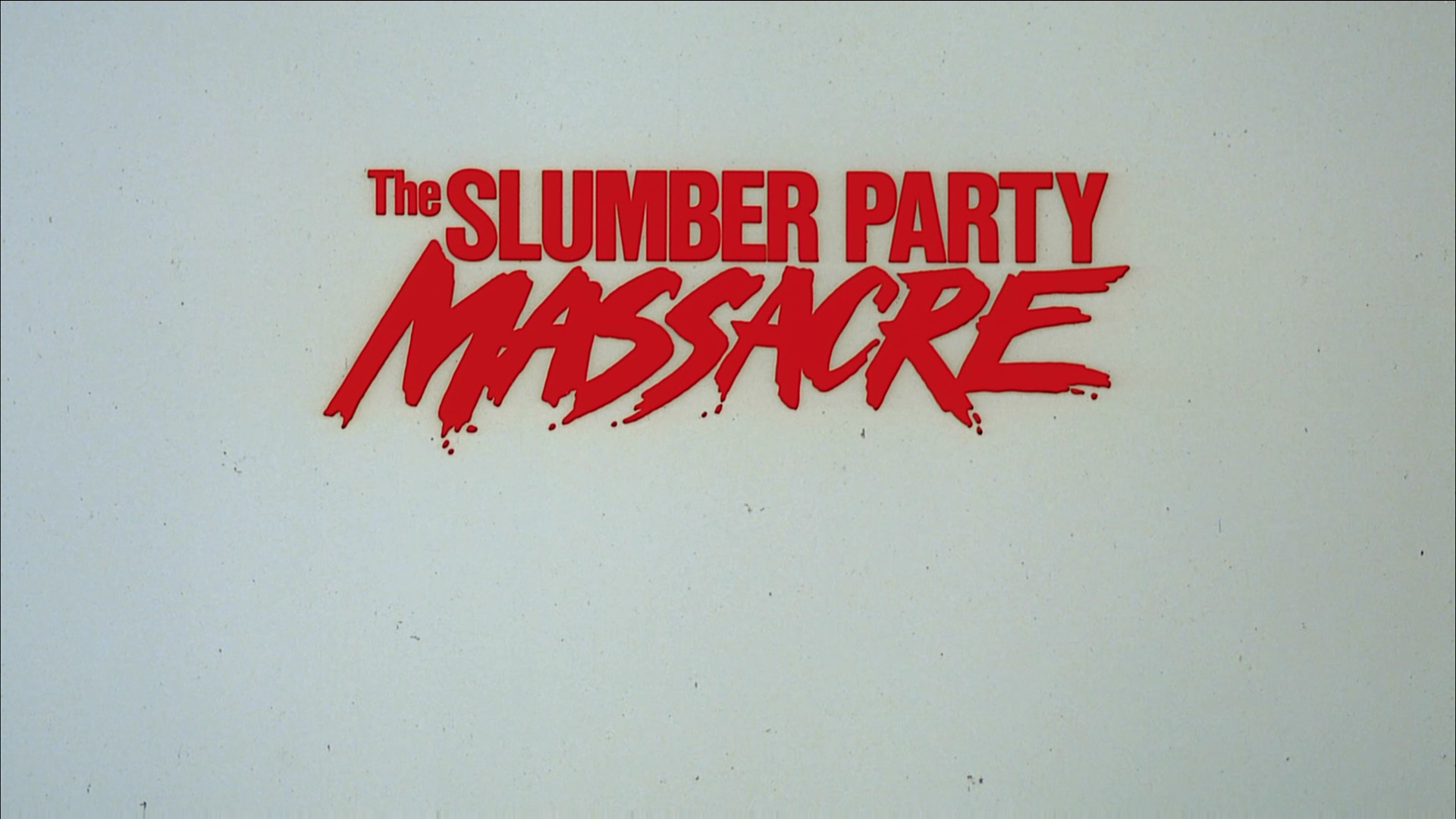 Plot Outline: When Trish (MICHELE MICHAELS) decides to invite her high school girls’ basketball teammates over for a slumber party, she has no idea the night is going to end with an unexpected guest: an escaped mental patient – and serial killer – and his portable power drill as he crashes the party.

Quick Hit Review: The Slumber Party Massacre is the usual 1980s horror slasher produced by schlock master Roger Corman and is more or less in the same style of a Friday the 13th which by 1982, when this was released, had taken off. It’s basic horror at its core, nothing extraneous but the make-up effects and gore is respectable considering what must have been a shoe-string budget. The acting, of course, isn’t the best but as with any Corman movie, it delivers on the essentials of any horror flick of its time.

Audio Commentary – Director Amy Jones and Actors Michael Villella and Debra De Liso sit down for an informative track offering stories from the set and their time working with one another. It’s a swift track thanks to a moderator who asks questions of the participants.

Sleepless Nights: Revisiting The Slumber Party Massacre (23:04) is a retrospective featurette, opening with a kid back in ’96 getting a VHS copy for Christmas, and has new interviews with those involved with the project including the director and cast members.

Interview with Rigg Kennedy (13:22) – The actor, who played David, gives his life story and philosophy. He’s an interesting cat for sure.

Also included are trailers for The Slumber Party Massacre 1-3 and a Still Gallery.

Shout Factory releases The Slumber Party Massacre onto Blu-ray sporting a new transfer from the original camera negative. The film is presented with a 1.78 widescreen aspect ratio and the high-def transfer (AVC codec) isn’t perfect as there are more than a few instances of dust marks and scratches, but I highly doubt this low-budget film looked better. The detail levels, especially close-ups, look great and colors appear to be nicely balanced and bright.

The DTS-HD Master Audio Mono track is fairly effective providing clear dialogue levels, albeit at times it does top out, to go along with Ralph Jones score and some of the horror sound effects which, although only minimal channel support, isn’t too bad. Overall, The Slumber Party Massacre is yet another fine release from the folks at Shout Factory who have been at the helm with providing home viewers with some of the more obscure titles. The Blu-ray offered here has good video/audio transfers and there’s a fair amount of features.