Sleepaway Camp might not be my favorite slasher, and generally I’m not a big fan of the genre anyway, but it’s got its moments even outside of the classic and shocking climax. This summer, Martha decides to send them both to Camp Arawak, a place to enjoy the great outdoors. Shortly after their arrival, a series of bizarre and violence “accidents” begin to claim the lives of various campers. Has a dark secret returned from the camp’s past… or will an unspeakable horror end the summer season for all?

Sleepaway Camp is one hell of a slasher pic, one that certainly influenced in part by Friday the 13th, as so many were in the 1980s, but this movie takes its own path, to say the least, and really takes a lot of risks that even by today’s grisly and gore-centric horror movies, would not even be considered to be made from a pedophile cook to breaking one of the core rules of not killing kids; it’s one of the reasons this movie has endured the test of time over the copycats, not to mention the climax and more than memorable twist ending.

The performances also stand out from Felissa Rose, Jonathan Tiersten, Karen Fields and, in her brief role as Aunt Martha, Desiree Gould, is especially fun and she certainly set the tone. What is notable is that although these are, as with most 80s slasher/horror, amateur actors, they all give solid performances.

In the end, while I’m not a huge fanatical fan of Sleepaway Camp compared to others, and the surprise ending wasn’t much of a surprise since it’s infamous, I still found it to be a brisk and satisfying slasher with some good performances and some really impressive make-up designs.

This release comes with a matted slip cover. Inside is a DVD Copy and the inner cover is reversible with the original poster as the front cover.

Each of these provide different insights into the film with the first, and new one produced for this release, is very relaxed and gives the perspective from the actors as they tell on-set stories; the second is more low key but still decent enough; and the last is a looser. These probably could’ve been culled together into one track but I enjoyed them well enough.

At the Waterfront After the Social: The Legacy of Sleepaway Camp (45:43; HD) is an extensive and newly produced retrospective featurette with interviews with the cast and crew including Felissa Rose (who looks good, btw), Jonathan Tiersten, Robert Hiltzik and many others as they recount their time on the production while also examining the impact the film had on the horror genre.

Judy: A Short Film by Jeff Hayes (15:53; HD) stars Karen Fields in this (very) low-rent production from the 1990s with bad acting, production design and, well, everything else. 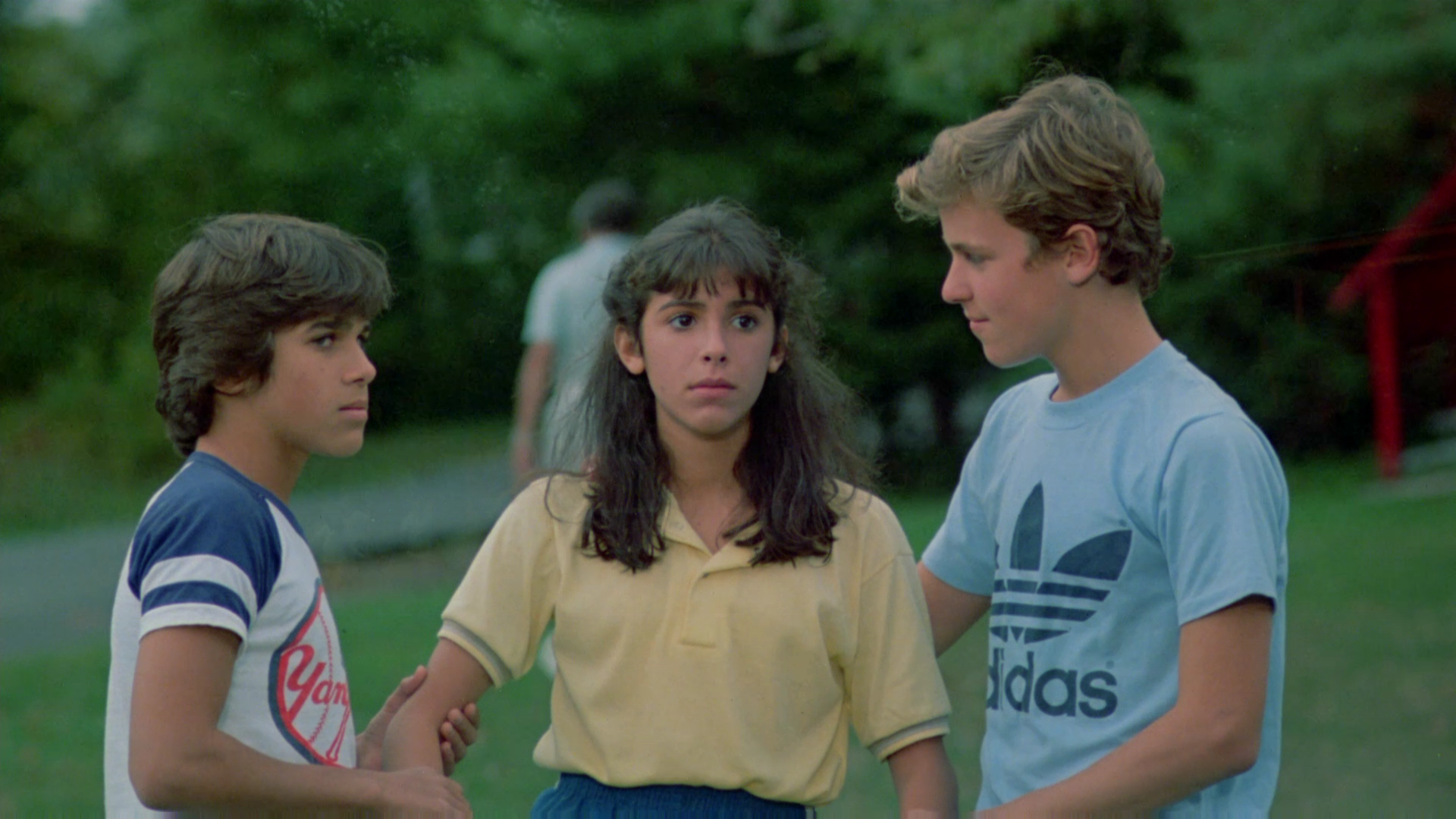 Shout Factory released Sleepaway Camp on Blu-ray, making its debut with a 1080p high-definition (MPEG-4 AVC codec) and presented in its original 1.78 widescreen aspect ratio. Although there are some compression issues for the darker scenes, this transfer is actually not bad with good detail levels especially for close-ups. Colors are also well done, nice and bright and have a certain pop such as Aunt Martha’s red hat to the whites and blues in the camp’s uniforms. The transfer is a new 2K scan of the original camera negative, so this is certainly a big upgrade over the Anchor Bay releases.

The disc includes a DTS-HD Master Audio 2.0 Mono track (one track spread across two channels) and while it’s hardly an amazingly sounding lossless audio, it’s pretty good showcasing the blood-curdling screams of a man’s face being boiled, a woman’s back being slashed, etc., dialogue levels are fairly clear though topping out a few times while Edward Bilous’ score is prominent. Hisses are present but kept to a minimum. Overall, Sleepaway Camp might not be my favorite slasher, and generally I’m not a big fan of the genre anyway, but it’s got its moments even outside of the classic and shocking climax. The Blu-ray released by Shout Factory is mostly quality work from the upgraded audio and video transfers to a new commentary track and lengthy retrospective featurette specifically made for this release. If you’re a fan of the movie, you can now have it, in its unrated cut, in high-definition.