“Crocodile” Dundee I and II might not be the top-of-the-line in comedy, especially coming out of the 1980s, but I found both of them, even the weaker sequel, to be fun time wasters headlined by the charming antics of Paul Hogan and his on-screen chemistry with Linda Kozlowski. 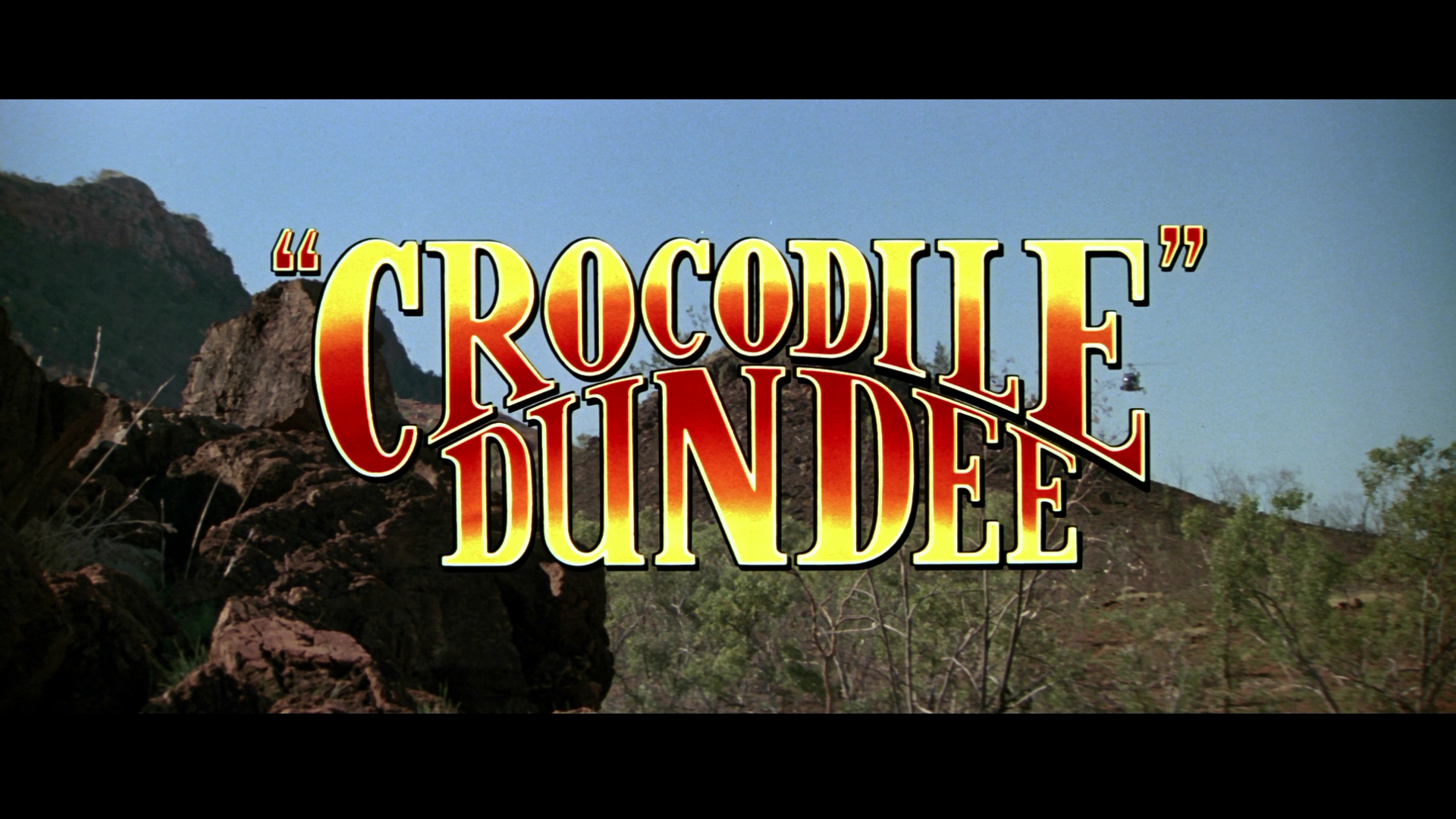 “Crocodile” Dundee (1986) — 4.0/5
Michael J. “Crocodile” Dundee (PAUL HOGAN) is a free-spirited Australian who hunts crocodiles with his bare hands, stares down giant water buffaloes, and drinks mere mortals under the table. But he’s about to face the ultimate torture test — a trip to New York City. Beautiful and tenacious reporter Sue Charlton (LINDA KOZLOWSKI) gets more than just a story as the “wonder from Down Under” rocks the Big Apple to its core.

“Crocodile” Dundee II (1988) — 3.25/5
Just as the eccentric Australian is starting to adjust to life in New York City, Dundee (HOGAN) and his beautiful girlfriend (KOZLOWSKI) are targeted for death by a gang of ruthless drug dealers, Dundee evens the odds by leading the big-city hoods into the treacherous Australian outback. And before long, the bad guys find out that Down Under could mean six feet under!

Quick Hit Review(s): Ok, so neither of the “Crocodile” Dundee movies are masterpiece comedies but Paul Hogan’s Australian charm still resonates today as it did then and the plots, albeit merely switching the situations, are fun little time wasters. I still enjoyed both movies and whole heartedly recommend both, but the first one in particular. “Crocodile” Dundee is presented with a 2.35 widescreen aspect ratio and a 1080p high-definition transfer. Not sure what I was expecting for this, but thought it would’ve been a tad better. The picture itself is OK but details aren’t very sharp, there’s a heavy amount of graininess and background objects even less focused. I think this is an instance where it just wasn’t well preserved and without doing a full, and costly, restoration, it’s just not going to look the best.

The sequel doesn’t fair that much better, albeit perhaps slightly. The details are a bit nicer and the picture itself is more pleasing by comparison with some bright colors and better definition in some scenes. Like the first one, this transfer is also a bit soft so it’s hardly the best yet still decent enough.

The first “Crocodile” receives an adequate if not passable DTS-HD Master Audio 2.0 track, showing off clear dialogue levels while other elements, including ambient noises and action scenes, don’t come across that great with limited channels.

“Crocodile” Dundee II gets a bit of an upgrade with a DTS-HD MA 5.1 track where the action is more spread out across each channel with dialogue relegated to the center speaker and ambient/off-screen parts moved to the rear speakers. It’s still not the perfect lossless track, but it’s a generally pleasing one. 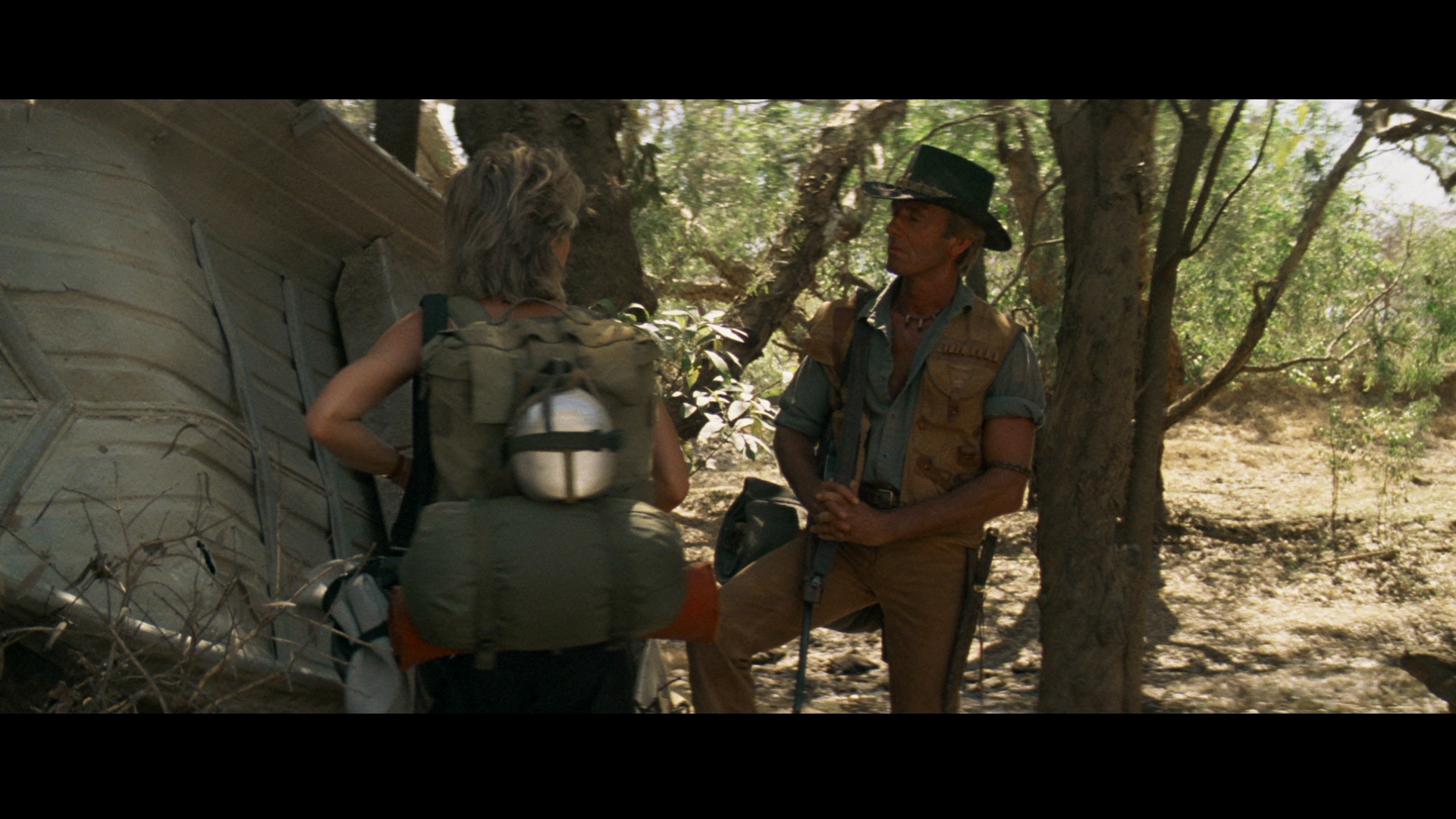 Overall, “Crocodile” Dundee I and II might not be the top-of-the-line in comedy, especially coming out of the 1980s, but I found both of them, even the weaker sequel, to be fun time wasters headlined by the charming antics of Paul Hogan and his on-screen chemistry with Linda Kozlowski. The Blu-ray double feature isn’t the best in terms of features or even the audio and video transfers, but at the right price, it might be worth replacing your DVDs or outright buy if you don’t already own them.