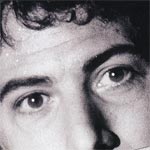 Lenny is one of those movies propelled and almost entirely stands on the performance of its lead. Dustin Hoffman does an amazing job bringing the late, great and “controversial” (for his time) Lenny Bruce, deserving of his Academy Award nomination (though he had the unfortunate timing of going against so many greats like Nicholson and Al Pacino and losing to Art Carney). The Twilight Time Blu-ray release is limited in terms of features but the video and audio transfers were both well done.