Lionsgate Home Entertainment has announced the date and released artwork for the romantic comedy of L.A. Story starring Steve Martin and Victoria Tennant.

OFFICIAL SYNOPSIS
L.A. Story is legendary comedian-actor-author Steve Martin’s love letter to the City of Angels. Being in a magical city with predictably pleasant weather can make the life of a meteorologist seem monotonous. When TV weatherman Harris Telemacher (Martin) begins receiving secret messages from an electronic freeway sign, he leaves his longtime girlfriend (Marilu Henner) and embarks on a frivolous romance with a vapid, young model (Sarah Jessica Parker), which ultimately leads him to true love with the woman of his dreams (Victoria Tennant). Beloved by generations of movie fans, L.A. Story reminds us that anything is possible, and real love can be found — even in the city of make-believe. 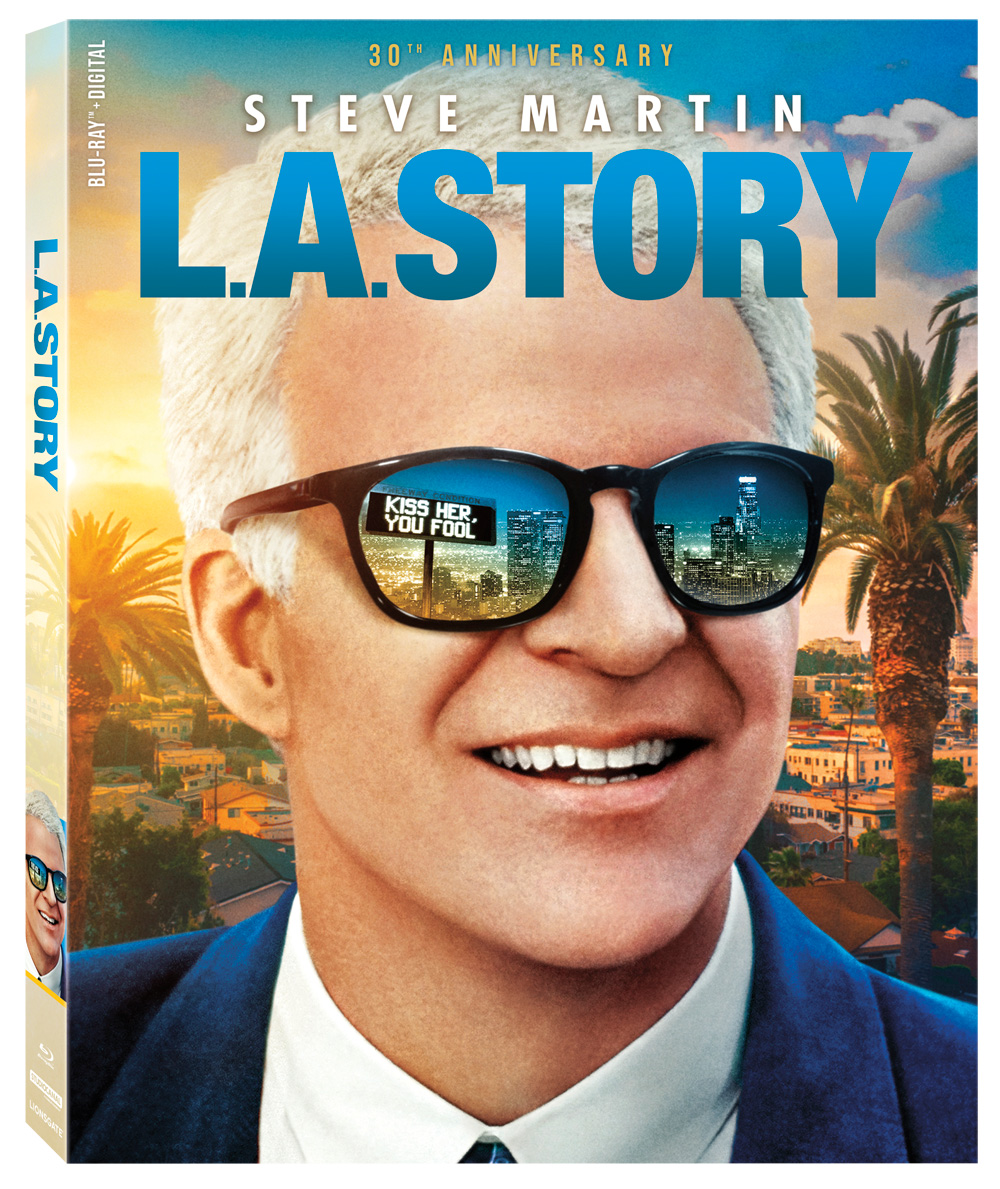