Lionsgate Home Entertainment has announced the date and released artwork for the action-thriller, 10 Minutes Gone starring Michael Chiklis and Bruce Willis. Click on the link below or image to the left to check out the features and artwork. 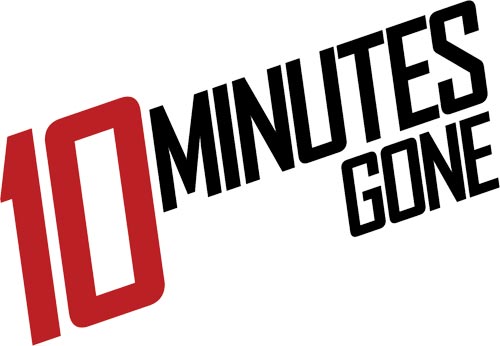 A thrilling game of cat and mouse between Bruce Willis as a sinister mob boss and Michael Chiklis as a heist man who’s botched a big score, the 10 Minutes Gone Blu-ray and DVD includes a making-of featurette and cast/crew interviews, and will be available for the suggested retail price of $21.99 and $19.98, respectively.

OFFICIAL SYNOPSIS
Action legends Bruce Willis (Die Hard franchise) and Michael Chiklis (“The Shield”) light up this edge-of-your-seat thriller. Crime boss Rex (Willis) hires Frank (Chiklis) and his crew to steal a priceless jewel stash—but the job goes wrong when someone tips off the cops. After Frank suffers a blow to the head, he wakes up to find the jewels gone and no memory of his attacker. Now, Frank must confront his team members one by one to find the traitor—before Rex covers his tracks by having Frank murdered.
BLU-RAY / DVD SPECIAL FEATURES 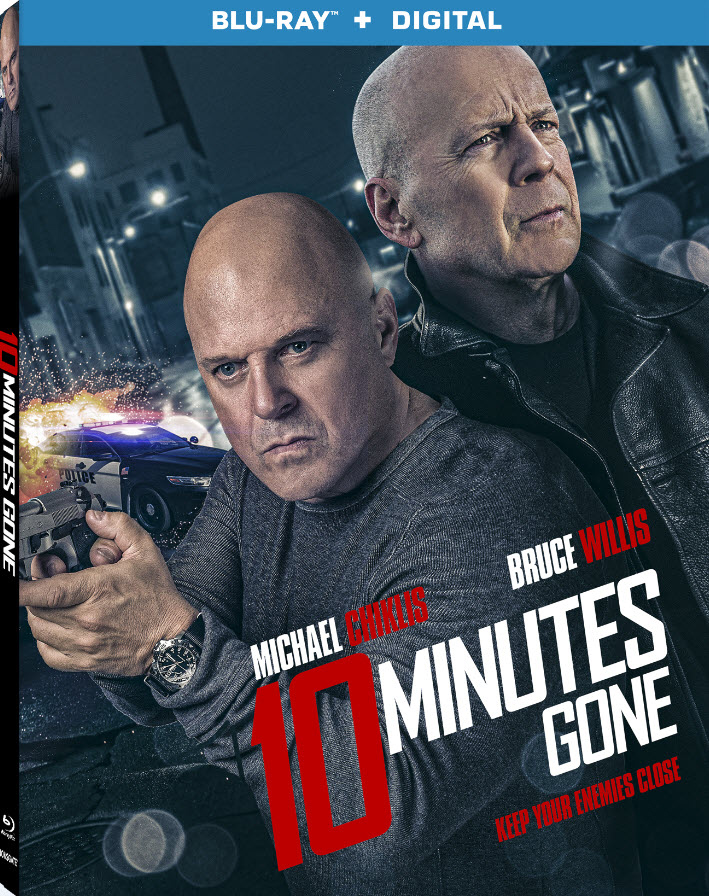