Lionsgate Home Entertainment has announced the date and released artwork for the suspense-thriller, Locked Up starring Sylvester Stallone and Donald Sutherland. Click on the link below or image to the left to check out the features and artwork.

PROGRAM DESCRIPTION
Behind bars, all bets are off when Lock Up arrives on 4K Ultra HD™ Combo Pack (plus Blu-ray™ and Digital) and Digital 4K Ultra HD September 10 from Lionsgate. Just in time for Academy Award® nominee Sylvester Stallone’s (2015, Best Supporting Actor, Creed) return to the big screen for the final time as his most legendary character in Rambo: Last Blood (in theaters September 20), Lock Up stars the action superstar himself as a down-on-his-luck convict who can’t seem to escape the wrath of Warden Drumgoole (Donald Sutherland). Experience four times the resolution of full HD with the 4K Ultra HD Combo Pack, which includes Dolby Vision®, bringing entertainment to life through ultra-vivid picture quality. When compared to a standard picture, Dolby Vision can deliver spectacular colors never before seen on a screen, highlights that are up to 40 times brighter, and blacks that are 10 times darker. Available for the very first time in this absolutely stunning format, the Lock Up 4K Ultra HD Combo Pack will include multiple featurettes and interviews with cast and crew, and will be available for the suggested retail price of $22.99.

OFFICIAL SYNOPSIS
“This is hell and I’m going to give you a guided tour!” With these chilling words, the warden (Donald Sutherland) welcomes Frank Leone (Sylvester Stallone) to Gateway Prison, a nightmare jail where every minute is hard time. The warden wants vengeance for the past; Leone wants only to survive the present. Their explosive battle of wills is the electrifying heart of one of Stallone’s most heroic thrillers, Lock Up. Stallone gives a monumental performance as Leone, a convict driven to break his own cherished code by a warden who will stop at nothing to get him. Sutherland portrays the sadistic prison head in this riveting white-knuckle ride to hell and back. 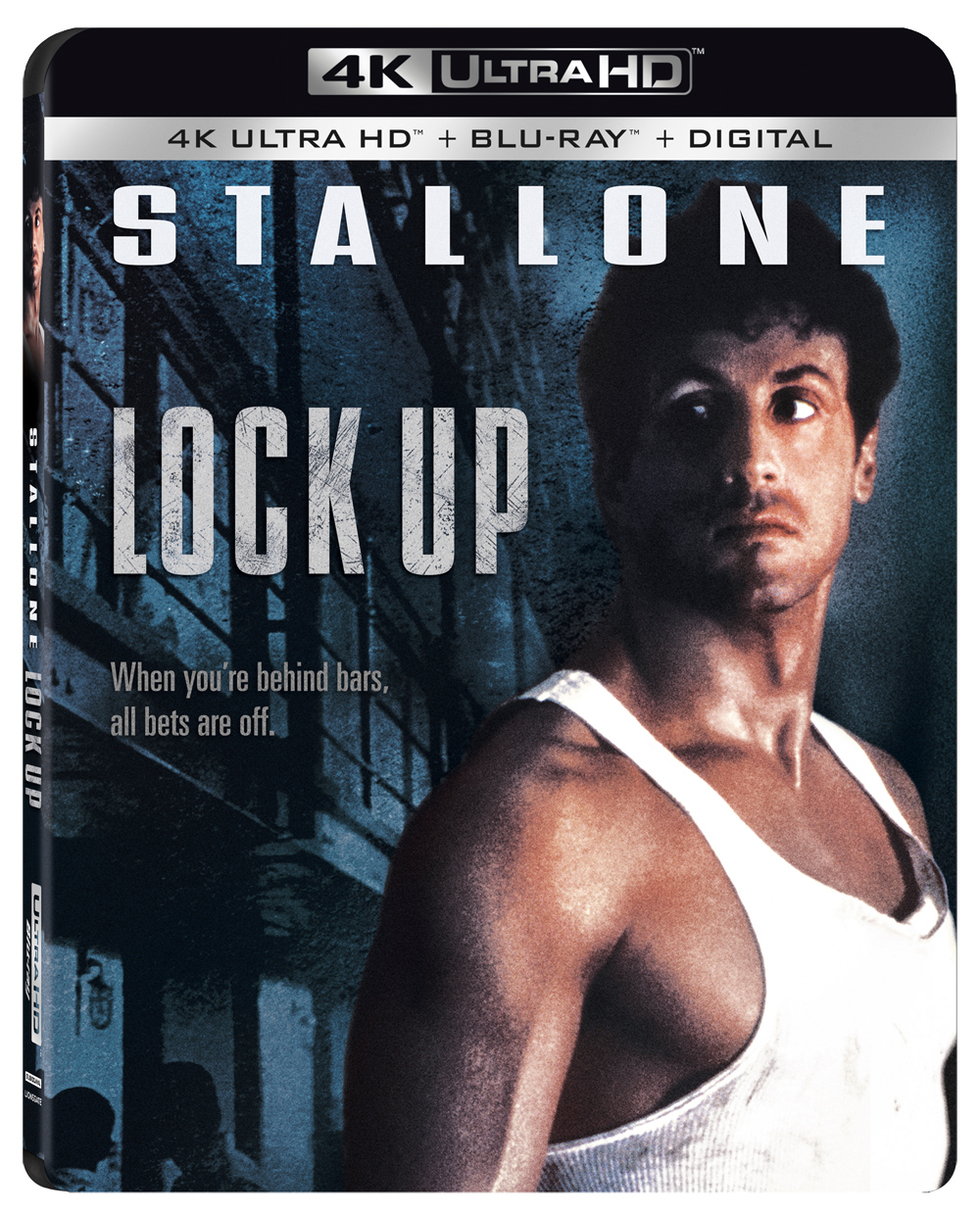