Warner Bros. Home Entertainment has announced the date and released artwork for the seventh season of Arrow starring Stephen Amell. Click on the link below or image to the left to check out the features and artwork.

Get ready for nonstop action from start to finish when Warner Bros. Home Entertainment releases Arrow: The Complete Seventh Season on Blu-ray and DVD August 20, 2019. Both sets contain all 22 action-packed episodes from the seventh season, plus the show’s 2018 Comic-Con Panel, a crossover featurette, deleted scenes, a gag reel and more! All three DC Crossover: Elseworlds episodes will be available only for fans who purchase the Blu-ray set. The Complete Seventh Season is priced to own at $39.99 SRP for the DVD ($51.99 in Canada) and $44.98 SRP for the Blu-ray ($52.99 in Canada), which includes a Digital Copy (U.S. only). Arrow: The Complete Seventh Season is also available to own on Digital via purchase from digital retailers.

Following Oliver Queen’s shocking decision to turn himself over the FBI and reveal his identity as the Green Arrow to the public, Oliver has spent the past five months in prison while his team was left behind to protect Star City. In the wake of Ricardo Diaz’s escape, Oliver has yet again turned into someone else inside Slabside Maximum Security Prison. Determined to keep a low profile to shorten his sentence for the sake of his family, Oliver’s limits will be tested when he and Team Arrow are pitted against the most ruthless villains they have yet to face.

With Blu-ray’s unsurpassed picture and sound, Arrow: The Complete Seventh Season Blu-ray release will include 1080p Full HD Video with DTS-HD Master Audio for English 5.1. In addition to featuring all 22 episodes from the seventh season in high-definition, as well as a digital copy of the season (available in the U.S. only), the 4-disc Blu-ray will also include all three crossover episodes, a tremendous value and collectors’ opportunity. 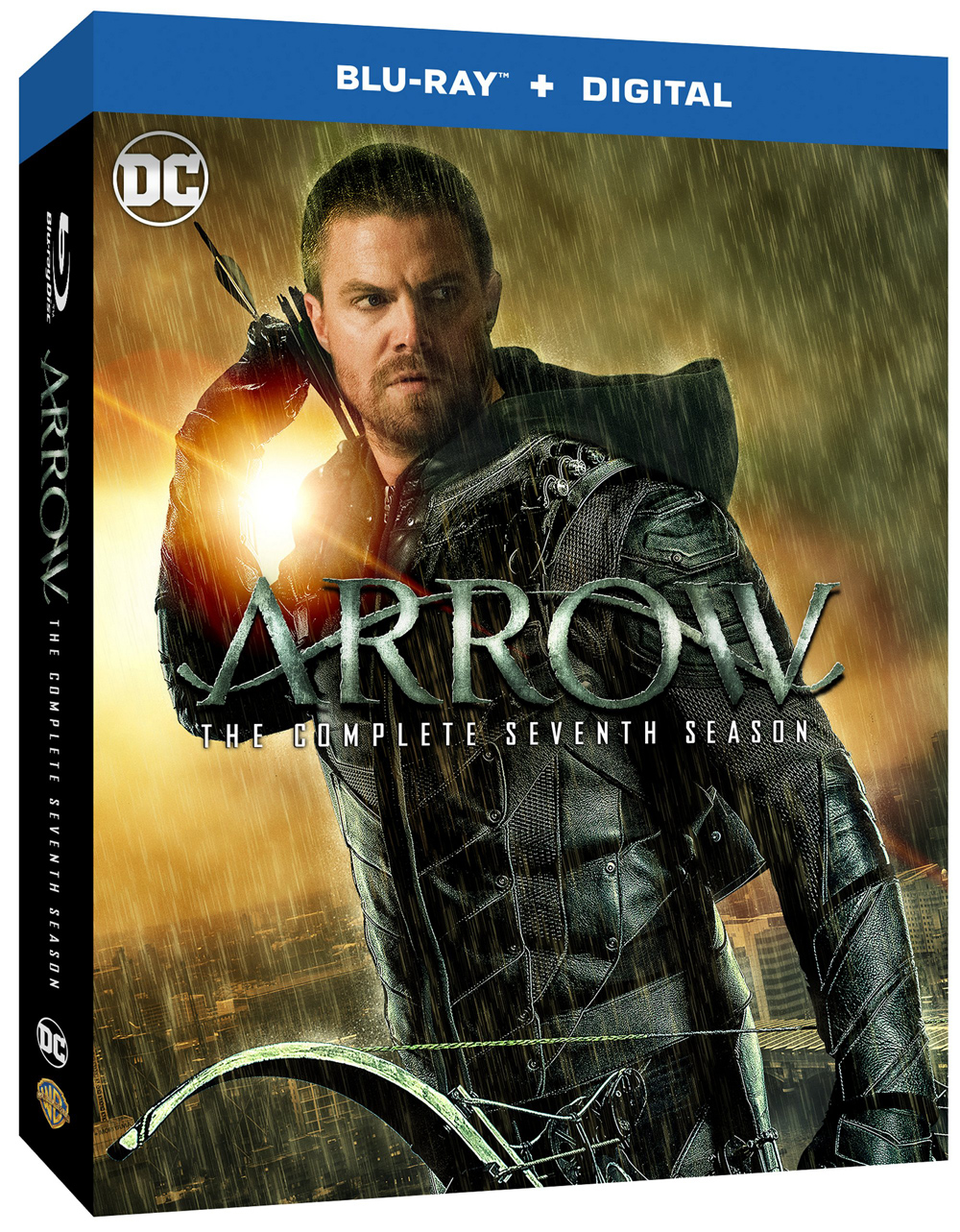