Sony Pictures Home Entertainment has announced the date and released artwork for the action-thriller, Black Hawk Down starring Josh Hartnett, Ewan McGregor and Eric Bana. Click on the link below or image to the left to check out the features and artwork.

Josh Hartnett (Pearl Harbor), Ewan McGregor (Star Wars franchise) and Eric Bana (Star Trek) star in BLACK HAWK DOWN, the acclaimed and gripping war epic from Director Ridley Scott, debuting on 4K Ultra HD™ May 7 from Sony Pictures Home Entertainment. The film will also be available digitally in 4K day and date with the physical release on participating platforms.  Based on a true story and nominated for four Academy Awards®, winning two,* the film follows the 160 elite U.S. soldiers dropped into Somalia on a mission to capture two top lieutenants of a renegade warlord, but instead find themselves in a desperate battle with a large force of heavily-armed Somalis. The release includes the Theatrical and Extended versions on the 4K Ultra HD disc with both versions newly remastered in 4K from the original camera negative and featuring High Dynamic Range. This new 4K HDR transfer was approved by Ridley Scott.  Both versions also include an all-new immersive Dolby Atmos audio mix, along with the original 5.1 audio.

In addition to the Theatrical and Extended versions of the film, BLACK HAWK DOWN includes hours of archival special features making their return, including deleted & alternate scenes, documentaries and much more delving into the creation of this modern classic.

Synopsis:
From acclaimed director Ridley Scott (The Martian) and renowned producer Jerry Bruckheimer (Pearl Harbor) comes the gripping true story about bravery, camaraderie and the complex reality of war.
BLACK HAWK DOWN stars an exceptional cast including Josh Hartnett, Ewan McGregor and Eric Bana. In 1993, an elite group of American Rangers and Delta Force soldiers are sent to Somalia on a critical mission to capture a violent warlord whose corrupt regime has led to the starvation of hundreds of thousands of Somalis. When the mission goes quickly and terribly wrong, the men find themselves outnumbered and literally fighting for their lives. 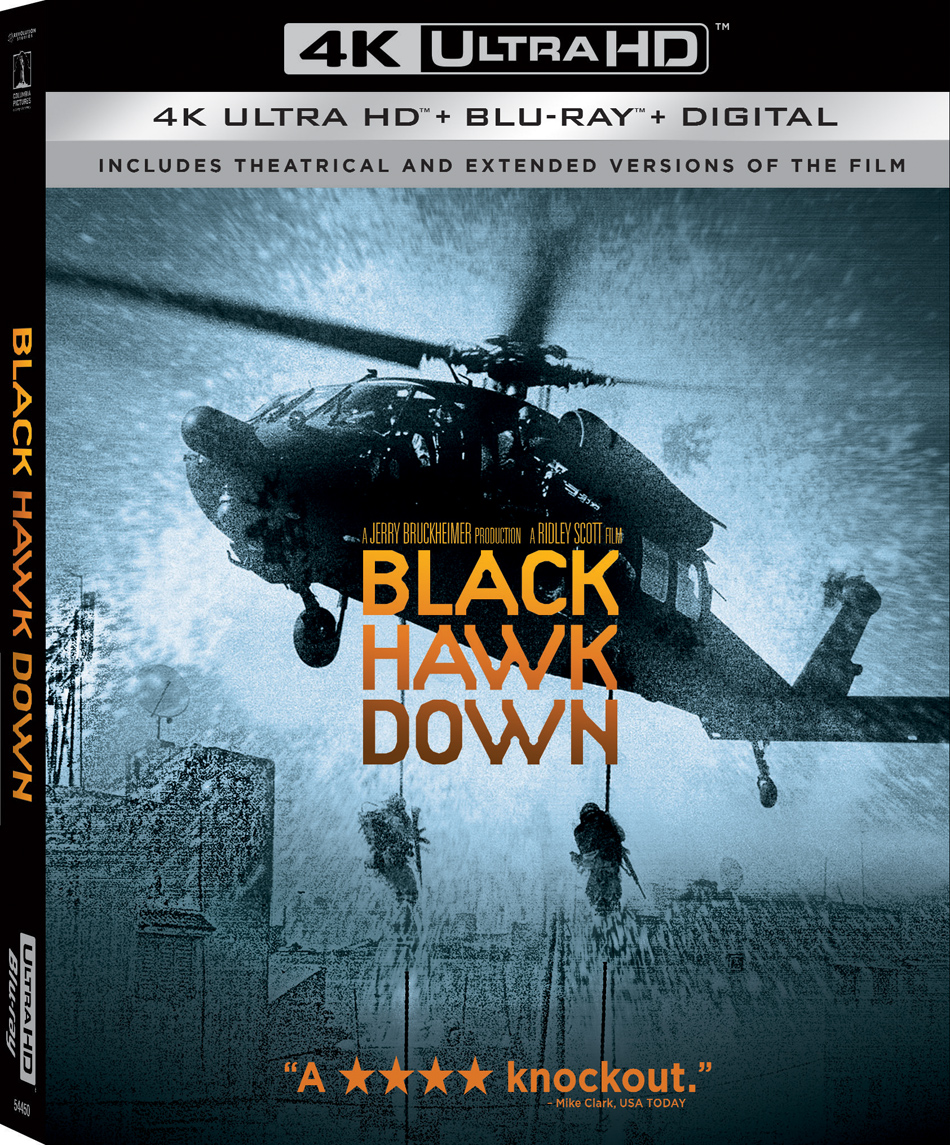