Scream Factory has announced the date and released artwork for the sci-fi horror classic(?), The Mole People starring John Agar, Hugh Beaumont and Nestor Paiva . Click on the link below or image to the left to check out the features and artwork. 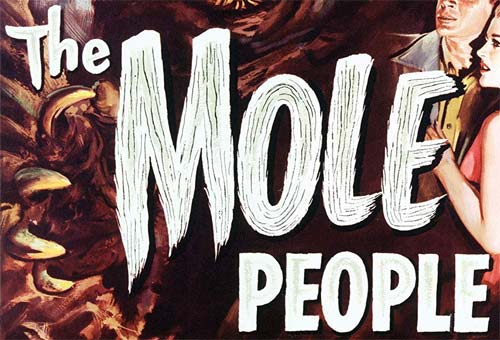 PRE-ORDER FROM AMAZON.COM!
John Agar (Attack of the Puppet People), Hugh Beaumont (Leave It to Beaver) and Nestor Paiva (Creature from The Black Lagoon) star as three archaeologists who discover the remnants of a mutant five-millennia-old Sumerian civilization living beneath a glacier atop a mountain in Mesopotamia.
The party of archeologists come upon an unusual race of albino beings who shun all forms of light and have mutant mole men as their slaves. Because of their “magical cylinders of fire” (what we know as flashlights), these archaeologists are treated like gods – until they try to liberate the mole people. Can the archaeologists escape this hallowed mountain in Asia … or will they be destroyed in a strange underground world?
Special Features:
·        The film presented in two aspect ratios – 1.85:1 and 2.00:1
·        NEW Audio Commentary with film historians Tom Weaver and David Schecter
·        NEW Of Mushrooms and Madmen: The Making of THE MOLE PEOPLE
·        Mystery Science Theater 3000 episode “The Mole People” (2/15/97) in standard definition
·        Still Galleries – movie stills, posters and lobby cards
·        Theatrical Trailer 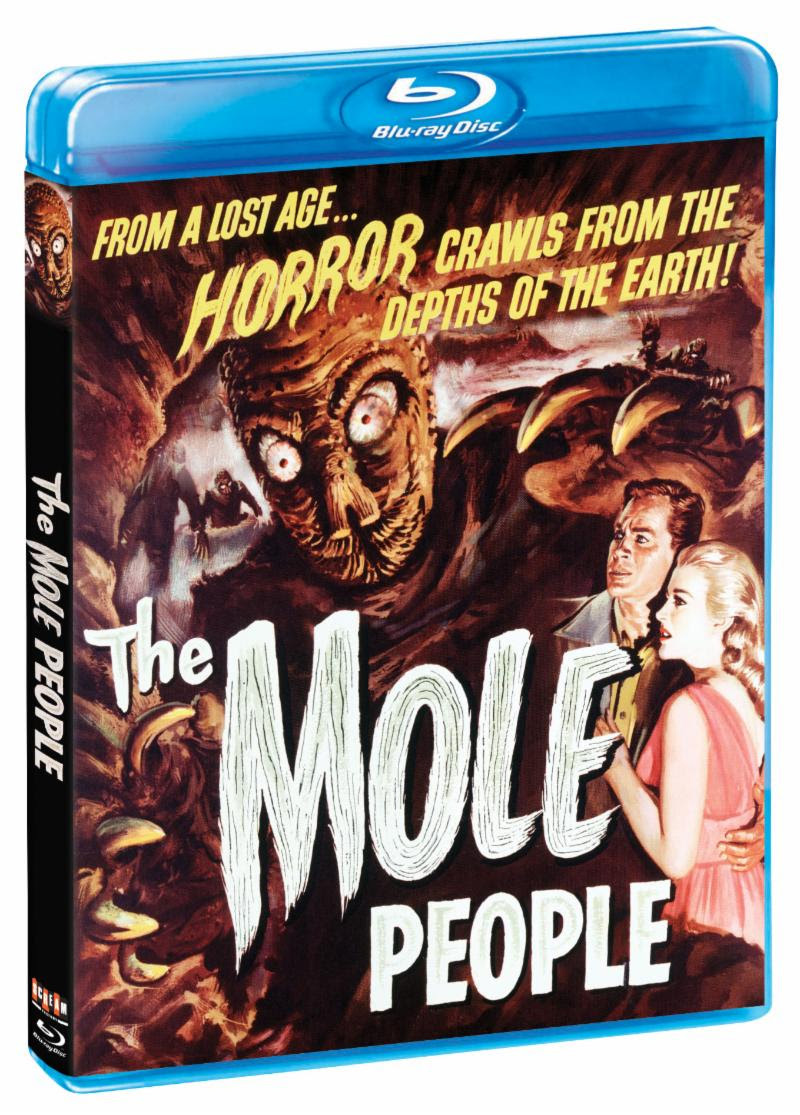