Lionsgate Home Entertainment has announced the date and released artwork for the suspense-thriller, Law Abiding Citizen starring Gerard Butler and Jamie Foxx. Click on the link below or image to the left to check out the features and artwork.

PROGRAM DESCRIPTION
Academy Award winner Jamie Foxx (Best Actor, Ray, 2004) goes head-to-head with Gerard Butler when Law Abiding Citizen arrives on 4K Ultra HD Combo Pack (plus Blu-ray and Digital) November 6 from Lionsgate. The thriller follows an imprisoned man who masterminds the execution of multiple Philadelphia officials after his wife and daughter’s murderer is set free, and the attorney who must put a stop to his revenge. Experience four times the resolution of full HD with 4K, as well as Dolby Vision HDR, which brings entertainment to life through ultra-vivid picture quality. When compared to a standard picture, Dolby Vision can deliver spectacular colors never before seen on a screen, highlights that are up to 40 times brighter, and blacks that are 10 times darker. The release also features Dolby Atmos audio mixed specifically for the home to place and move audio anywhere in the room, including overhead. The Law Abiding Citizen 4K Ultra HD Combo Pack is loaded with special features, and will be available for the suggested retail price of $22.99.

OFFICIAL SYNOPSIS
Clyde Shelton (Gerard Butler) is an upstanding family man whose wife and daughter were brutally murdered during a home invasion. When the killers are caught, Nick Rice (Jamie Foxx), a hotshot, young Philadelphia prosecutor, is assigned to the case. Against his will, Nick is forced to offer one of the suspects a light sentence in exchange for testifying against his accomplice. Fast forward ten years. The man who got away with murder is found dead and Clyde Shelton coolly admits his guilt. Then he issues a warning to Nick: Either fix the flawed justice system, or key players in the trial will die. Soon Shelton follows through on his threats, orchestrating, from his jail cell, a string of spectacularly diabolical assassinations that can be neither predicted nor prevented. Nick finds himself in a desperate race against time facing a deadly adversary who always seems to be one step ahead. 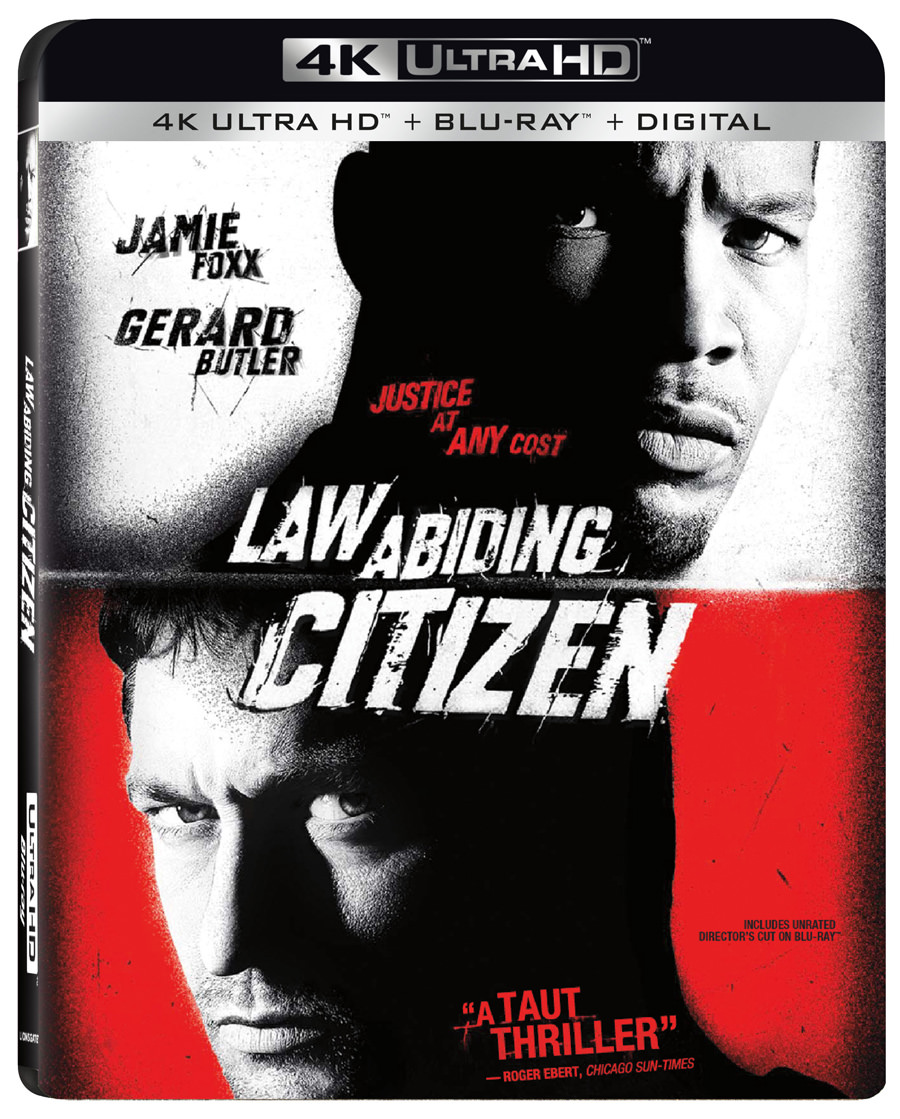