Lionsgate Home Entertainment has announced the date and released artwork for the classic horror film, Halloween starring Jamie Lee Curtis and Donald Pleasence. Click on the link below or image to the left to check out the features and artwork.

PROGRAM DESCRIPTION
Relive the terrifying film that launched an entire genre when Halloween arrives on 4K Ultra HD Combo Pack (plus Blu-ray) September 25 from Lionsgate. Starring Golden Globe winner Jamie Lee Curtis (Best Actress, True Lies, 1994), Donald Pleasance, Tony Moran, and P.J. Soles, this edition of the horror classic delivers four times the fear with four times the resolution of Full HD with 4K, which also uses Dolby Vision™ HDR to bring to life the stunning cinematography of this supernatural horror film. When compared to a standard picture, Dolby Vision can deliver spectacular colors never before seen on a screen, highlights that are up to 40 times brighter, and blacks that are 10 times darker. Celebrating the 40th anniversary of the original 1978 theatrical release, and arriving just in time before the theatrical release of the newest film in the series, the Halloween 4K Ultra HD Combo Pack is loaded with special features and will be available for the suggested retail price of $22.99.

OFFICIAL SYNOPSIS
On a black and unholy Halloween night years ago, little Michael Myers brutally slaughtered his sister in cold blood. But for the last fifteen years, town residents have rested easy, knowing that he was safely locked away in a mental hospital — until tonight. Tonight, Michael returns to the same quiet neighborhood to relive his grisly murder again…and again…and again. For this is a night of evil. Tonight isHalloween! 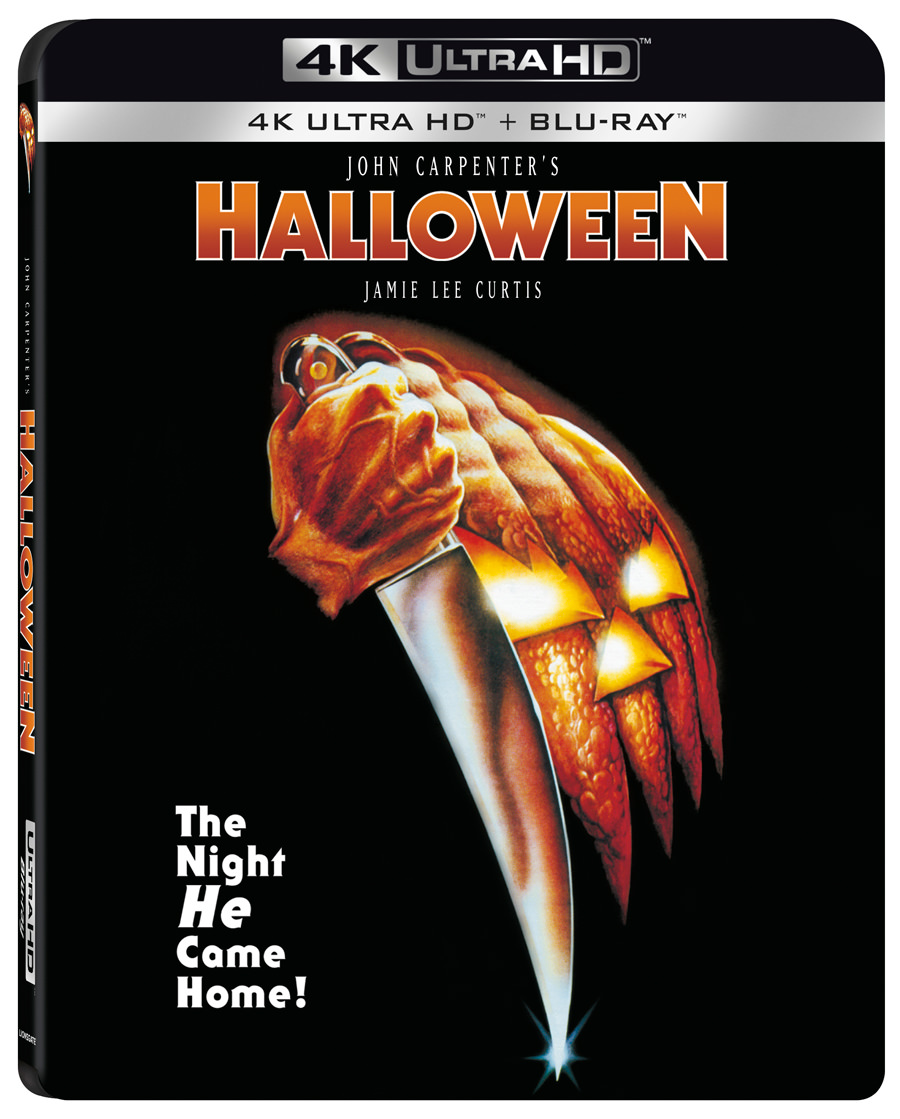