Lionsgate Home Entertainment has announced the date and released artwork for the horror-drama, Hereditary starring Alex Wolff, Gabriel Byrne and Toni Collette. Click on the link below or image to the left to check out the features and artwork.

A family’s darkest secrets surface when Hereditary arrives on 4K Ultra HD Combo Pack (plus Blu-ray and Digital), Blu-ray Combo Pack (plus DVD and Digital), and DVD September 4 from Lionsgate. Academy Award nominee Toni Collette “is raw, almost feral, making us feel in our marrow what it’s like to be a mother losing control of her family and maybe her mind” (Chris Nashawaty, Entertainment Weekly) in this riveting film from writer-director Ari Aster about a grieving family haunted by tragic and disturbing events. From the producers of The Witch and Split, Hereditary is being lauded as “a new horror classic” by the Los Angeles Times and as “this generation’s The Exorcist” by Time Out New York. The Rotten Tomatoes Certified Fresh horror film also stars Alex Wolff, newcomer Milly Shapiro, Ann Dowd, and Gabriel Byrne.

When Ellen, the matriarch of the Graham family, passes away, her daughter’s family begins to unravel cryptic and increasingly terrifying secrets about their ancestry. The more they discover, the more they find themselves trying to outrun the sinister fate they seem to have inherited. Making his feature debut, writer-director Ari Aster unleashes a nightmare vision of a domestic breakdown that exhibits the craft and precision of a nascent auteur, transforming a familial tragedy into something ominous and deeply disquieting, and pushing the horror movie into chilling new terrain with its shattering portrait of heritage gone to hell.

Take home Hereditary and go behind the scenes with the cast and crew in a featurette exclusive to the home entertainment release, offering a revealing account of what it took to create this harrowing tale. Also included in the home entertainment release are nine never-before-seen deleted scenes and an “Evil in Miniature” photo gallery. Experience four times the resolution of full HD with 4K along with Dolby Vision™ HDR, which brings entertainment to life through ultravivid picture quality.  When compared to a standard picture, Dolby Vision can deliver spectacular colors never before seen on a screen, highlights that are up to 40 times brighter, and blacks that are 10 times darker. The Hereditary 4K Ultra HD Combo Pack, Blu-ray Combo Pack, and DVD will be available for the suggested retail price of $42.99, $39.99, and $29.95, respectively. 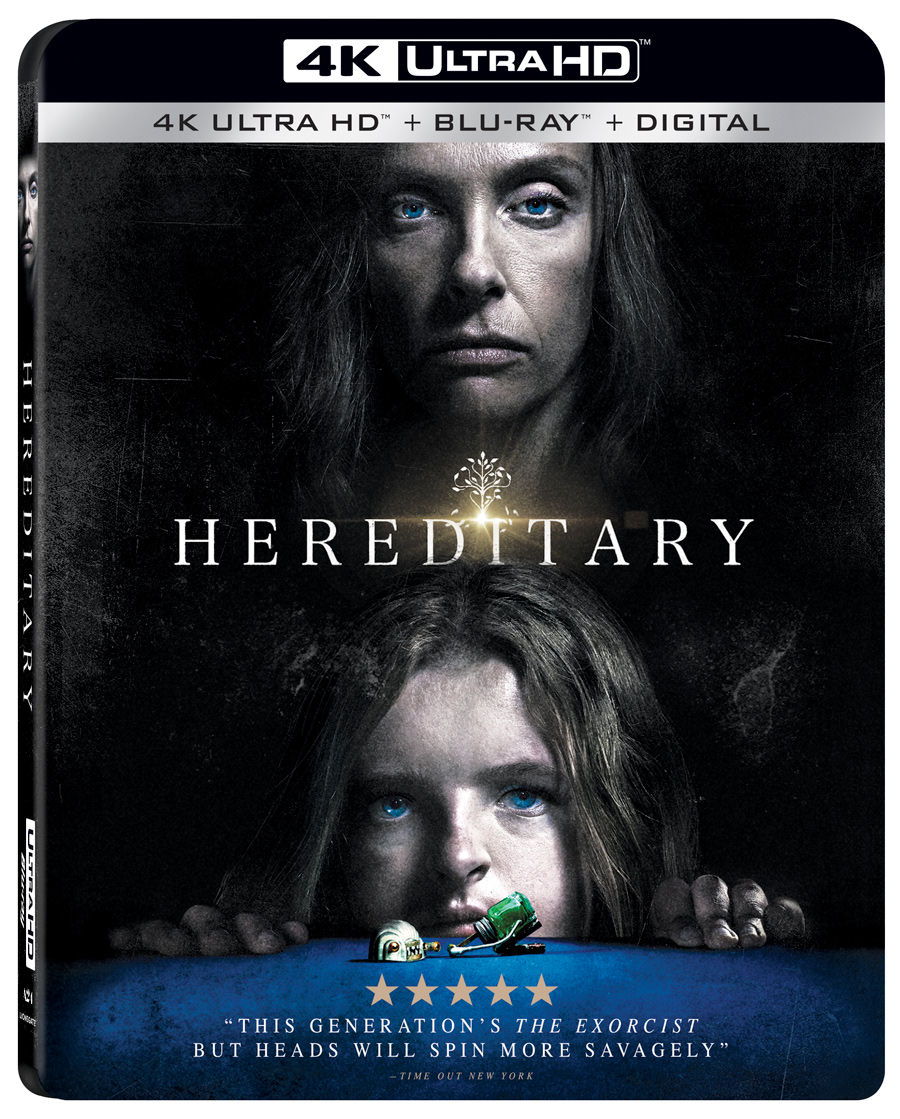 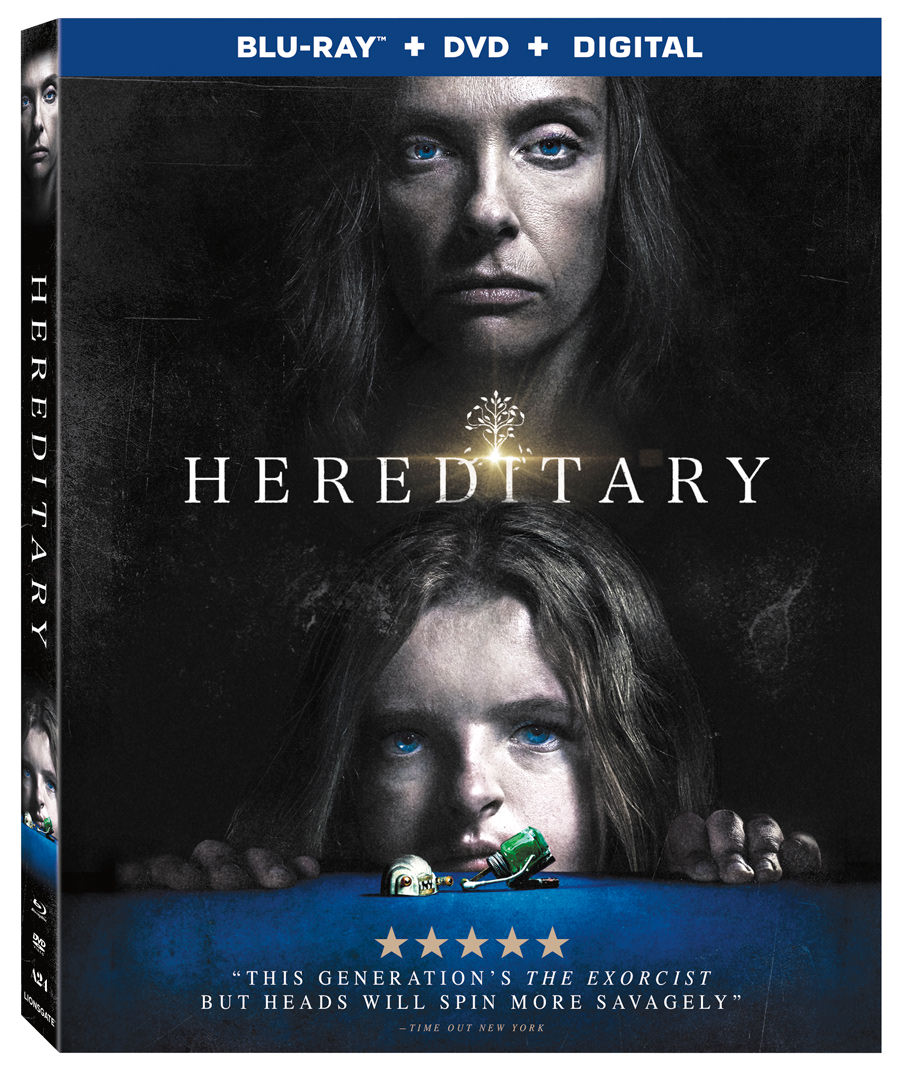 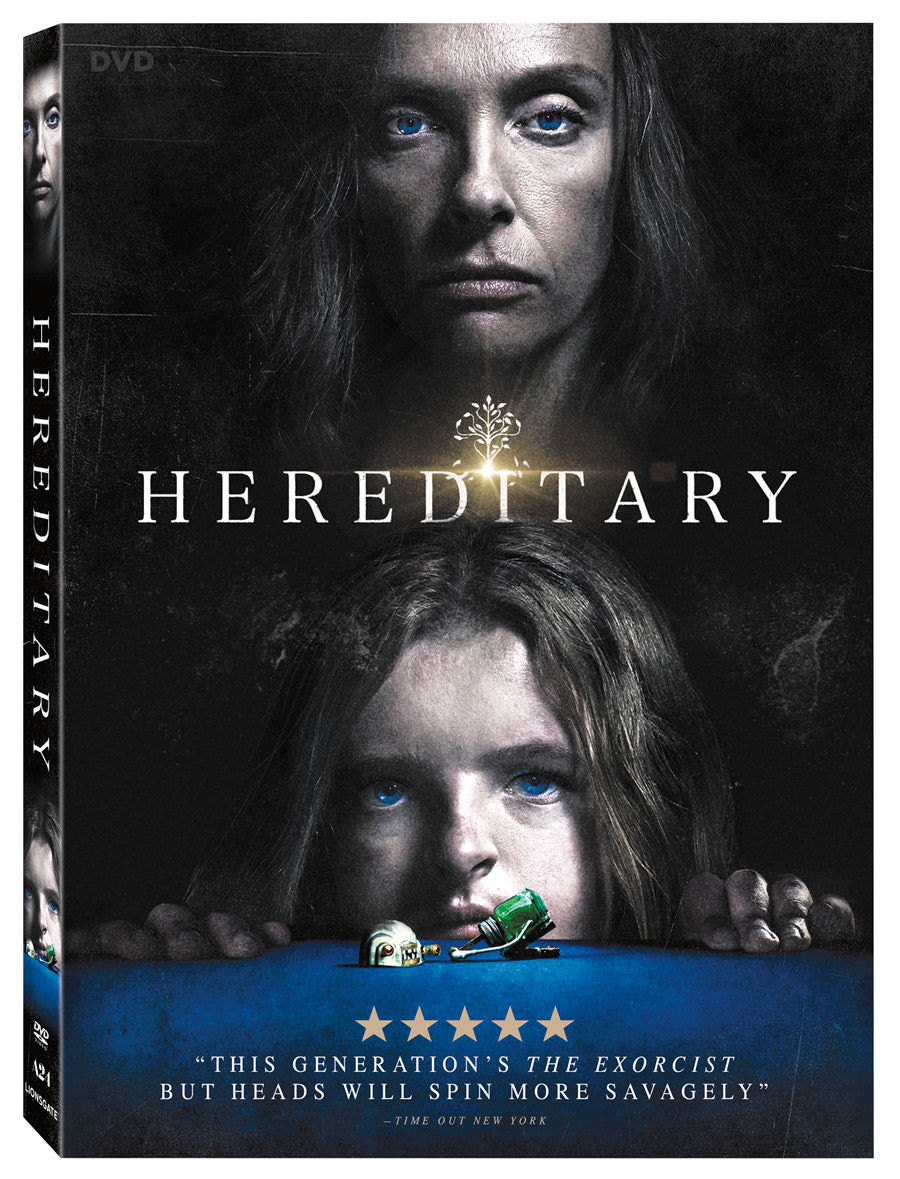