Lionsgate Home Entertainment has announced the date and released artwork for the horror-thriller, American Psycho starring Christian Bale, Justin Theroux, Josh Lucas and Reese Witherspoon . Click on the link below or image to the left to check out the features and artwork.

PROGRAM DESCRIPTION
Sit back, relax, and turn on some Phil Collins, because American Psycho: Uncut Version arrives on 4K Ultra HD Combo Pack (plus Blu-ray and Digital) September 25 from Lionsgate. This groundbreaking thriller based on the acclaimed book by Bret Easton Ellis stars Academy Award winners Christian Bale, Jared Leto, and Reese Witherspoon, alongside Academy Award nominee Willem Dafoe as well as Justin Theroux and Josh Lucas. Experience four times the resolution of full HD with 4K along with Dolby Vision HDR, which brings entertainment to life through ultra-vivid picture quality. When compared to a standard picture, Dolby Vision can deliver spectacular colors, highlights that are up to 40 times brighter, and blacks that are 10 times darker. The release also features Dolby Atmos audio, which puts you in the action with bigger, more encompassing sound that fills your room – even overhead – to immerse you in your entertainment. The American Psycho: Uncut Version 4K Ultra HD Combo Pack is loaded with special features, including an all-new commentary by writer/director Mary Harron, and will be available for the suggested retail price of $22.99.

OFFICIAL SYNOPSIS
Patrick Bateman, a young, well-to-do man working on Wall Street at his father’s company, kills for no reason at all. As his life progresses, his hatred for the world becomes more and more intense. Based on the book by Bret Easton Ellis. Screenplay by Mary Harron and Guinevere Turner. Directed by Mary Harron. 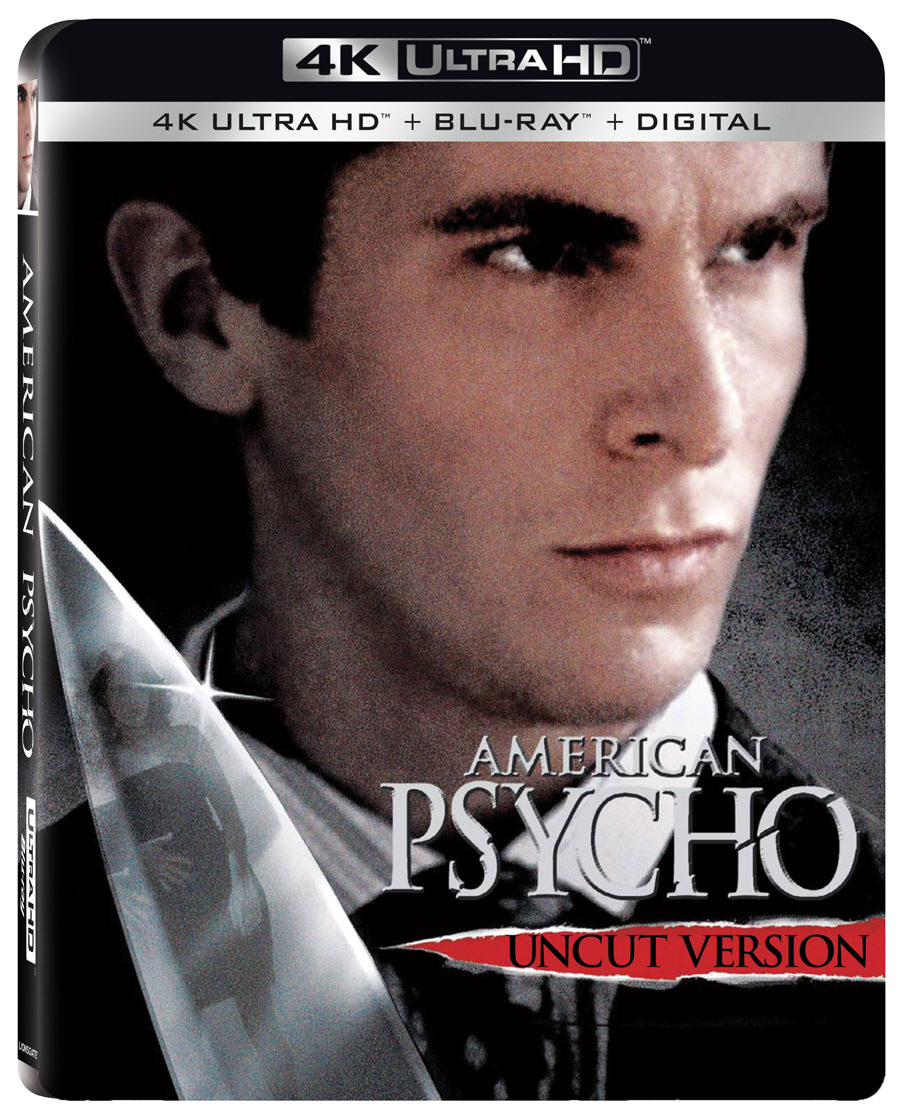