Lionsgate Home Entertainment has announced the date and released artwork for the thriller, Affairs of State starring David Corenswet, Thora Birch, David James Elliott, Mimi Rogers and Adrian Grenier. Click on the link below or image to the left to check out the features and artwork.

Lionsgate Home Entertainment has announced an August 14, 2018 release date for Affairs of State. The Blu-ray will come with a 5.1 DTS-HD Master Audio track while the DVD will have the usual Dolby Digital 5.1 audio mix. The Blu-ray and DVD will retail for $21.99 and $19.98, respectively.

Synopsis: In his quest for power, D.C. aide Michael Lawson (David Corenswet) will do anything to take part in Senator Baines’s (David James Elliott) White House campaign, including blackmailing Baines’s shady advisor (Adrian Grenier) and sleeping with the candidate’s wife (Mimi Rogers). But when he gets involved with the senator’s alluring daughter, Lawson (Grace Victoria Cox) learns his dangerous game could have a deadly payoff. Also starring Thora Birch, this pulse-pounding thriller is a perfect match for today’s turbulent political climate. 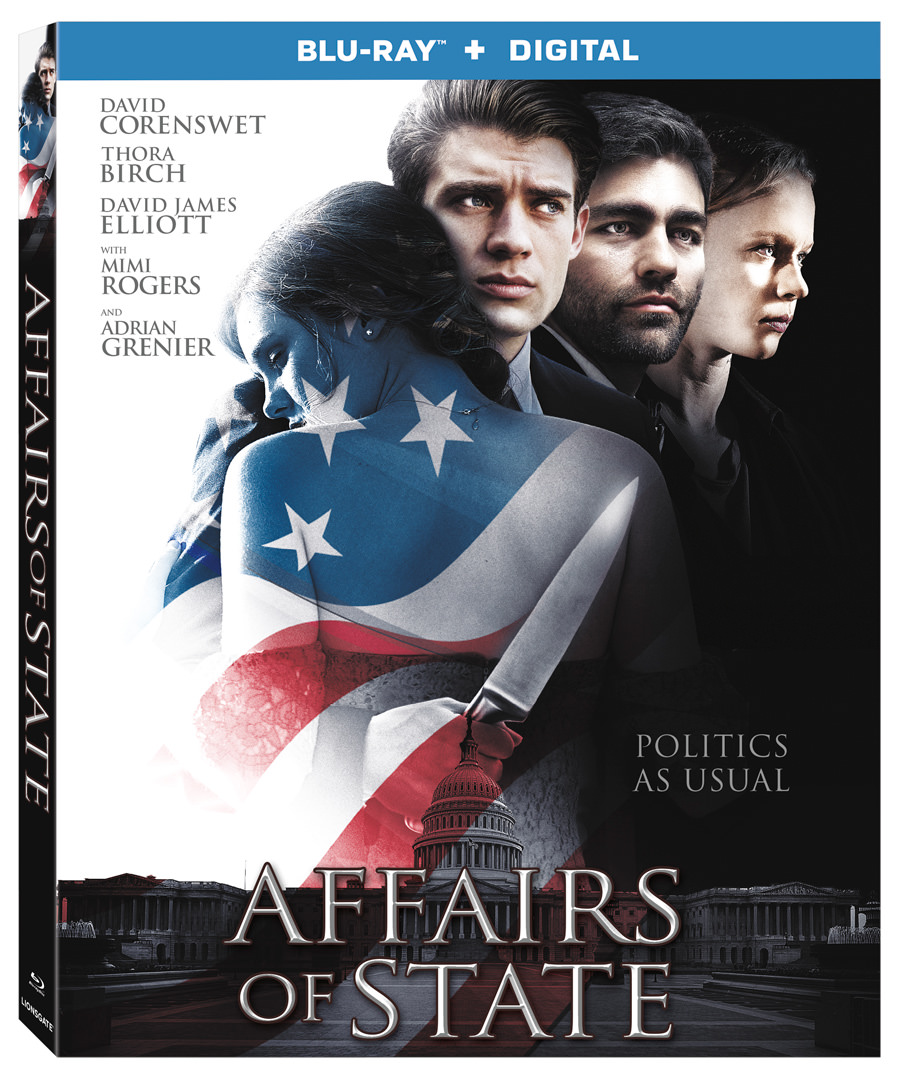