Paramount Home Entertainment has announced the date and released artwork for the action-adventure franchise, Mission: Impossible starring Tom Cruise. Click on the link below or image to the left to check out the features and artwork.

Just in time for the highly anticipated debut of MISSION: IMPOSSIBLE—FALLOUT (in theaters July 27), all five of the blockbuster MISSION: IMPOSSIBLE films arrive for the first time ever on 4K Ultra HD Blu-ray and Digital June 26, 2018 from Paramount Home Media Distribution.

Tom Cruise is IMF Agent Ethan Hunt, one of the greatest action heroes of all time, in the adrenaline-pumping MISSION: IMPOSSIBLE franchise. Filmed in the most exotic locations around the world by the biggest directors in Hollywood, every film offers breathtaking action, jaw-dropping stunts, and heart-pounding suspense that will thrill any action fan. Your mission, should you choose to accept it – experience all five action-packed films in eye-popping 4K Ultra HD. 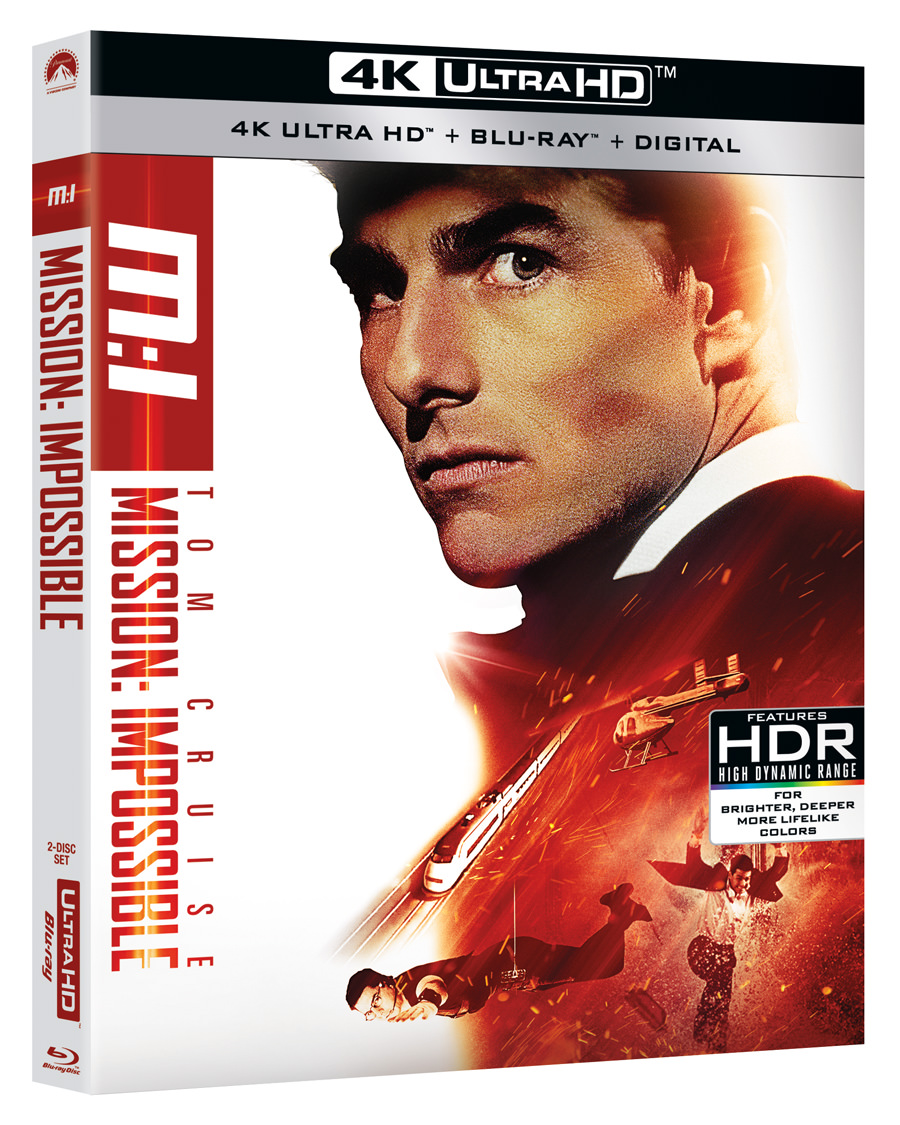 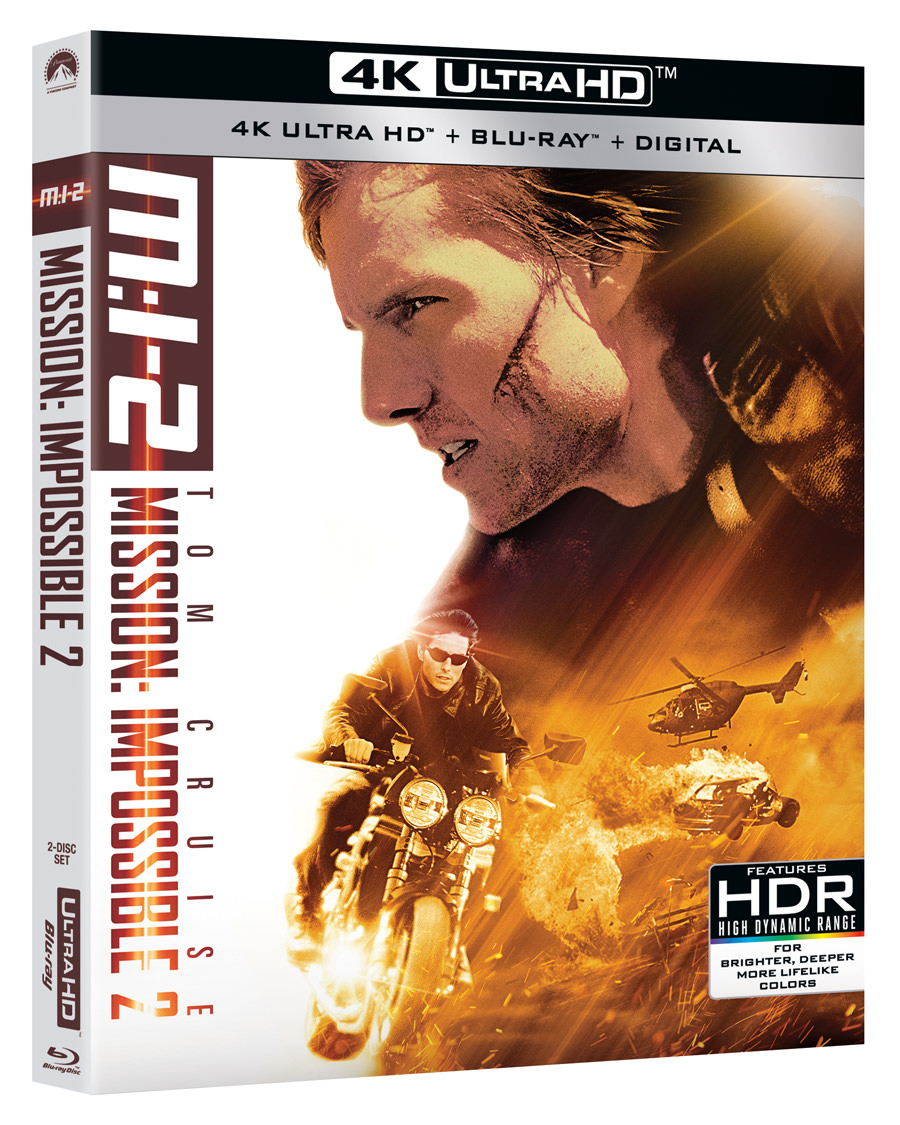 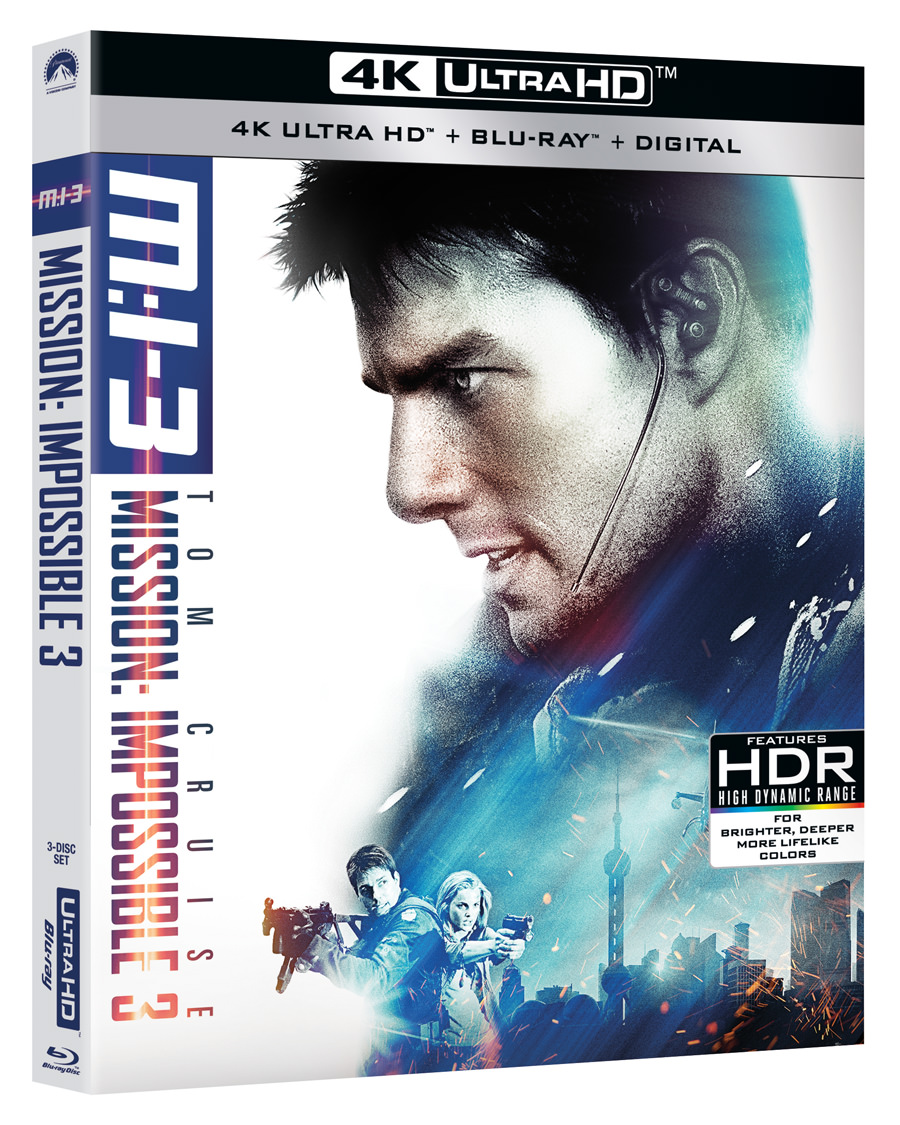 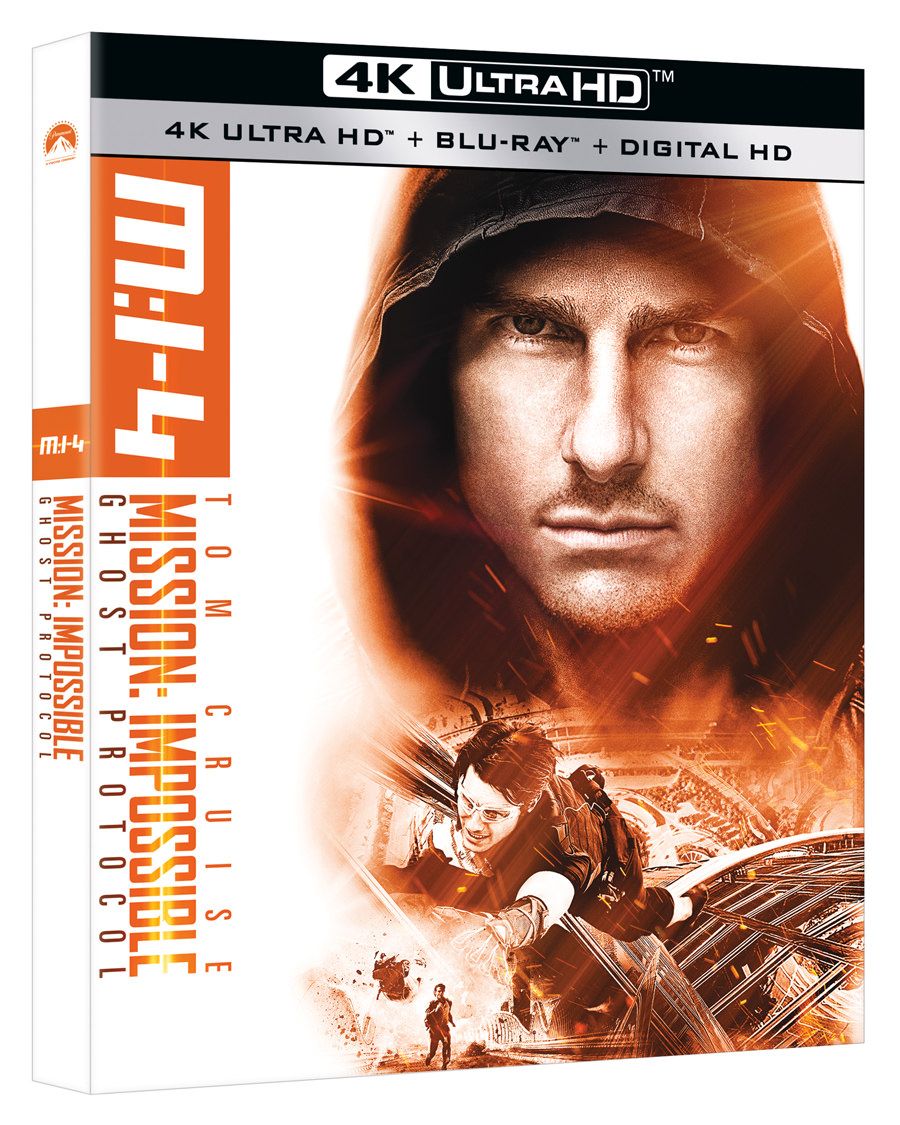 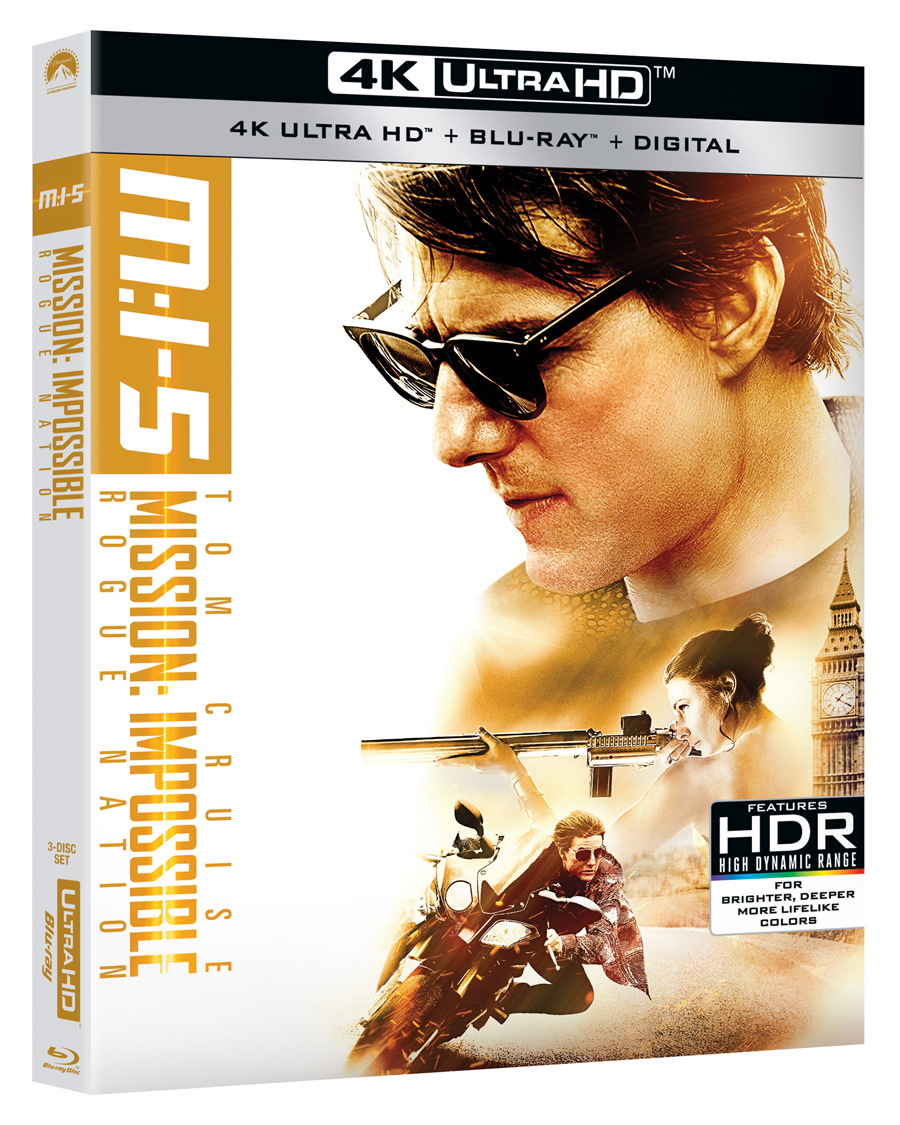