Warner Brothers Home Entertainment has announced the date and released artwork for The Flash: The Complete Fourth Season starring Grant Gustin, Jesse L. Martin and Tom Cavanagh. Click on the link below or image to the left to check out the features and artwork.

Warner Brothers Home Entertainment has announced an August 28, 2018 release date for The Flash: The Complete Fourth Season. The Blu-ray will come with a 5.1 DTS-HD Master Audio track while the DVD will have the usual Dolby Digital 5.1 audio mix. The season will retail for $54.97 on Blu-ray and $49.99 on DVD.

Synopsis: In Season Four, the mission of Barry Allen, aka The Flash (Grant Gustin), is once more to protect Central City from metahuman threats. First, he’ll have to escape the Speed Force. With Barry trapped, the job of protecting Central City falls to his family – Detective Joe West (Jesse L. Martin); his fiancée, Iris West (Candice Patton); and Wally West/Kid Flash (Keiynan Lonsdale) – and the team at S.T.A.R. Labs – Dr. Caitlin Snow/Killer Frost (Danielle Panabaker), Cisco Ramon/Vibe (Carlos Valdes) and brilliant scientist Harrison Wells (Tom Cavanagh). When a powerful villain threatens to level the city if The Flash doesn’t appear, Cisco risks everything to break Barry out of the Speed Force. But this is only the first move of a life-or-death chess game with Clifford DeVoe aka The Thinker (Neil Sandilands), a mastermind who’s always ten steps ahead of Barry, no matter how fast he’s running. 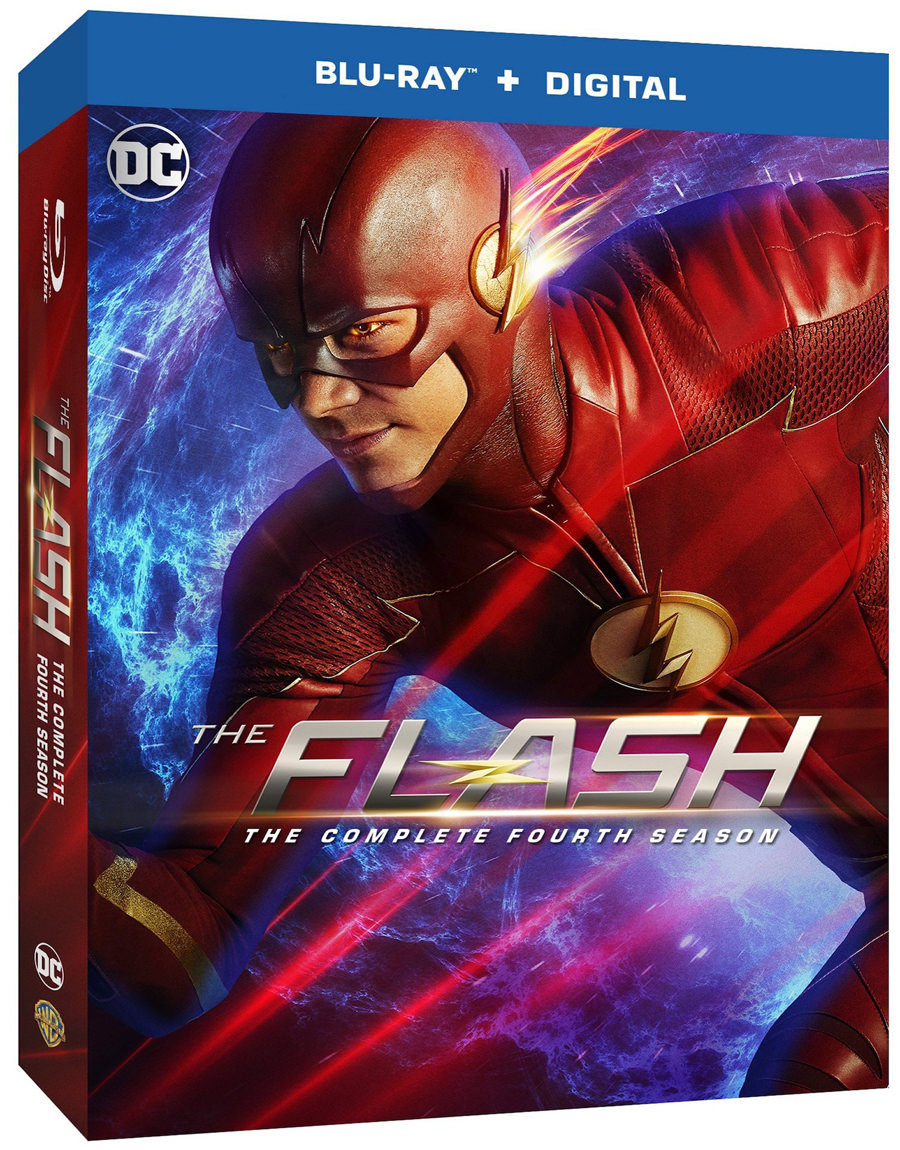