Paramount has announced the date and released artwork for the war-drama, Saving Private Ryan starring Tom Hanks, Matt Damon, Tom Sizemore and Edward Burns. Click on the link below or image to the left to check out the features and artwork.

Paramount Home Entertainment has announced a May 8, 2018 release date for Saving Private Ryan. The 4K Ultra HD will come with a Dolby Atmos track. This release will come with both Dolby Vision and HDR.

Synopsis: Captain John Miller (Tom Hanks) takes his men behind enemy lines to find Private James Ryan, whose three brothers have been killed in combat. Surrounded by the brutal realties of war, while searching for Ryan, each man embarks upon a personal journey and discovers their own strength to triumph over an uncertain future with honor, decency and courage.

Features: It would appear all of the bonus content from the original Blu-ray release will be ported over on a separate Blu-ray disc. 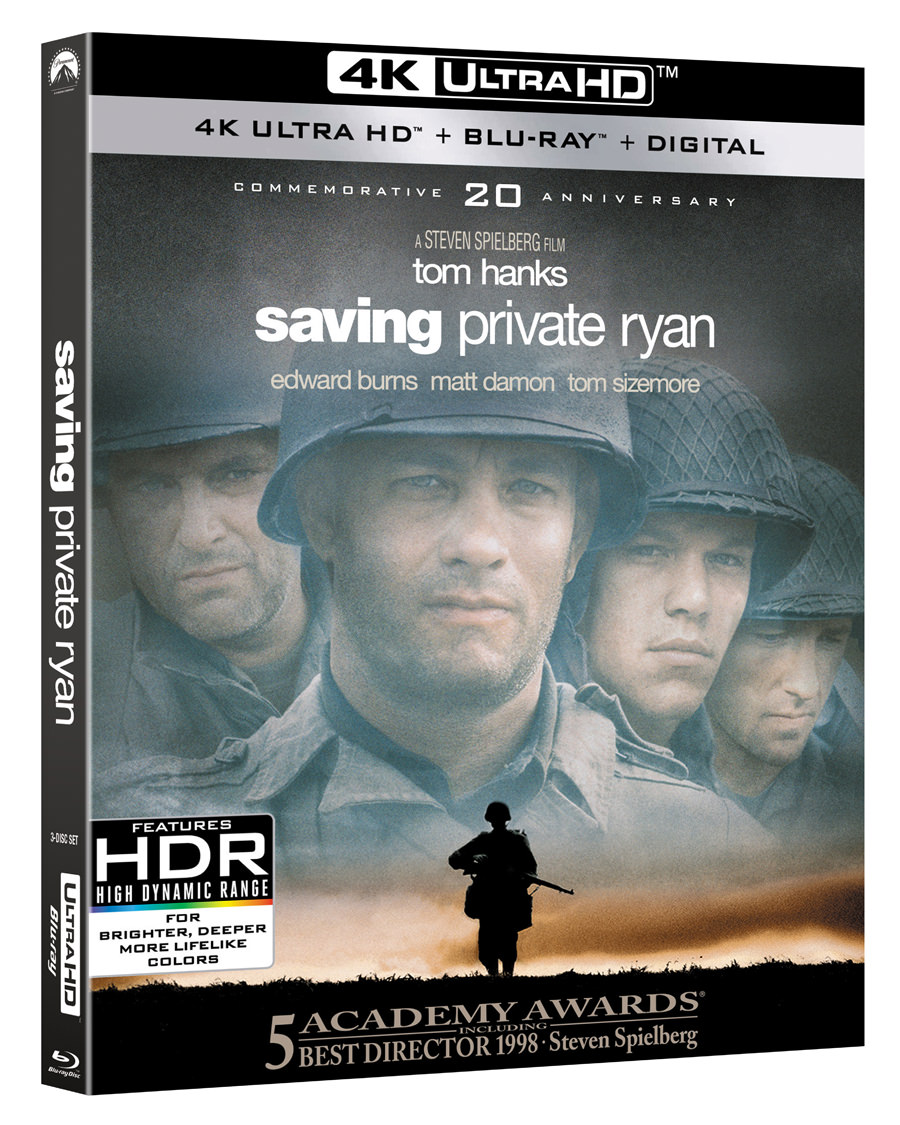