Universal Pictures Home Entertainment has announced the date and released artwork for the suspense-thriller, Den of Thieves starring Gerard Butler and Curtis ’50 Cent’ Jackson. Click on the link below or image to the left to check out the features and artwork.

Universal Pictures Home Entertainment has announced an April 24 release dates for Den of Thieves. The Blu-ray will come with a 5.1 DTS-HD Master Audio track while the DVD will have the usual Dolby Digital 5.1 audio mix.

Synopsis: Den of Thieves is a gritty Los Angeles crime saga which follows the intersecting and often personally connected lives of an elite unit of the LA County Sheriff’s Department and the state’s most successful bank robbery crew as they plan a seemingly impossible heist on the Federal Reserve Bank of Downtown Los Angeles. 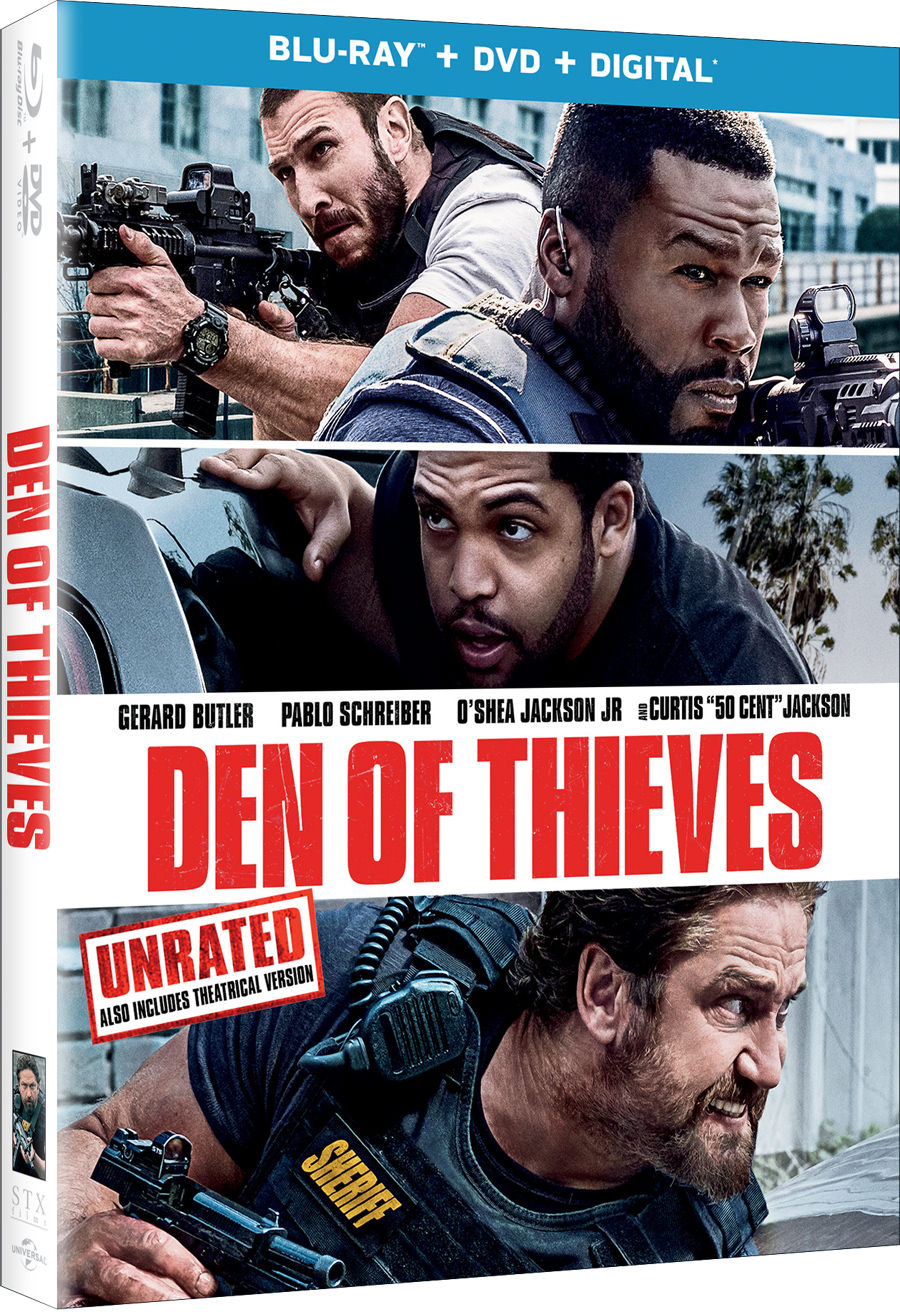 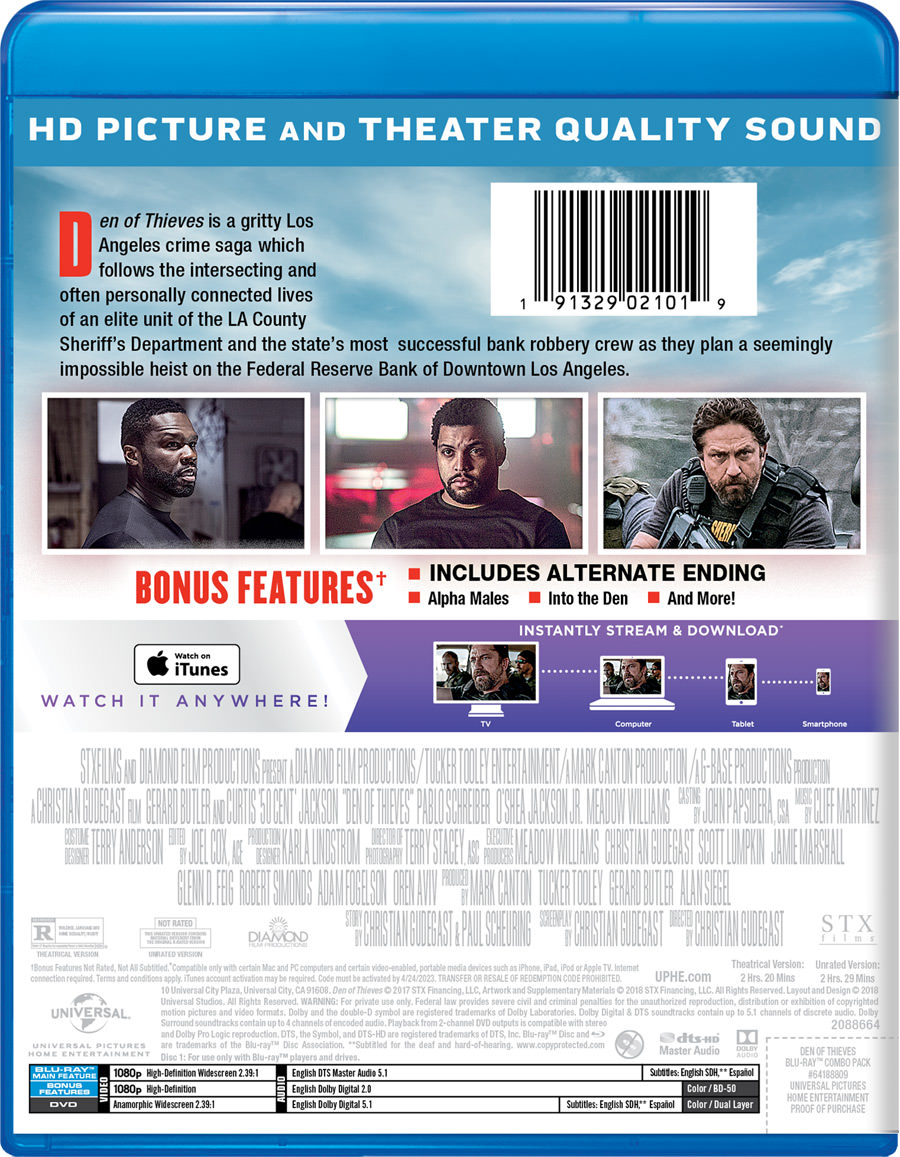 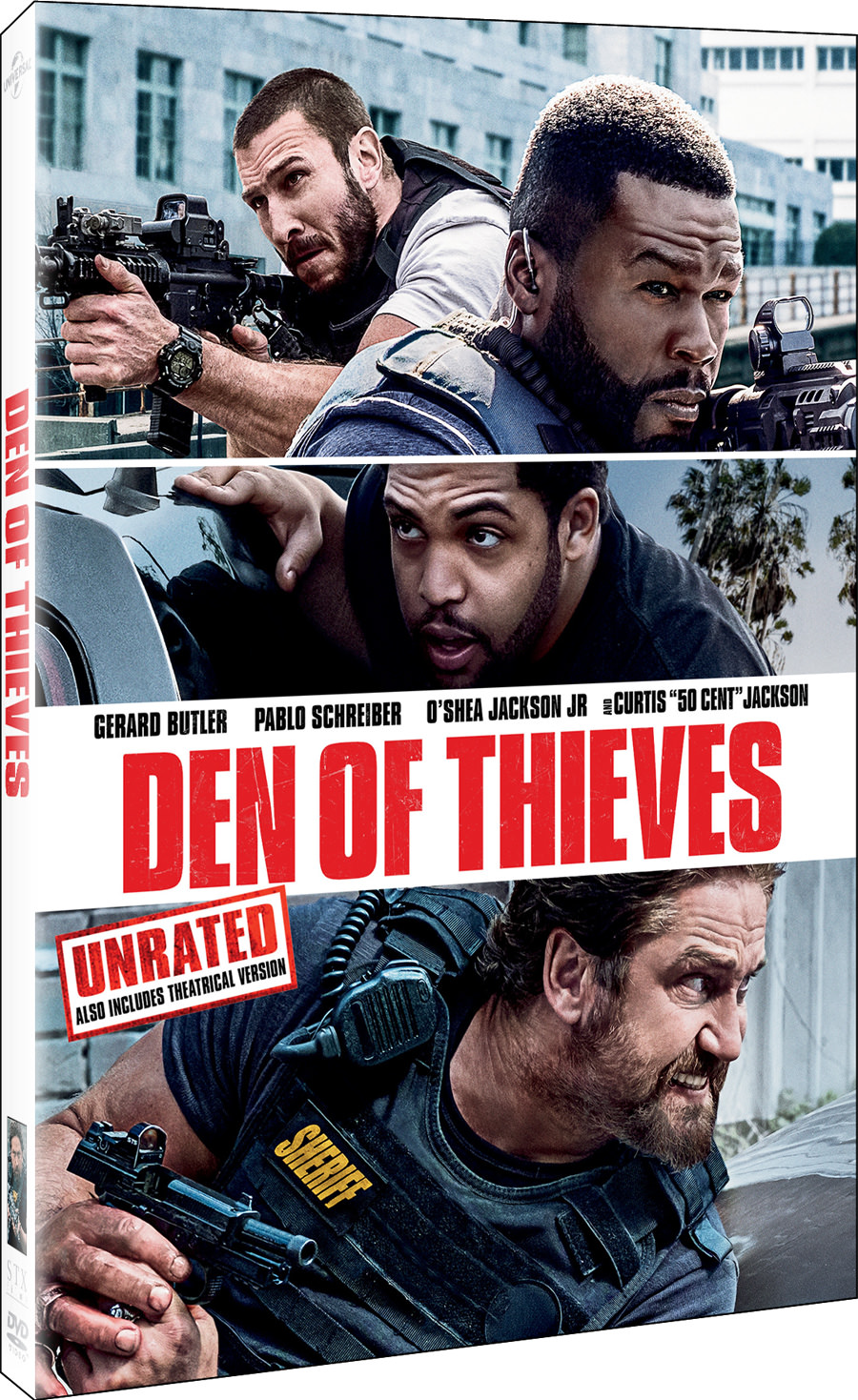