Paramount has announced the date and released artwork for the action-adventure video game adaptation, Lara Croft: Tomb Raider: The Cradle of Life starring Angelina Jolie, Gerard Butler and Ciaran Hinds. Click on the link below or image to the left to check out the features and artwork.

Paramount has announced a February 27, 2018 release date for Lara Croft: Tomb Raider: The Cradle of Life. The 4K (and included Blu-ray) will come with a 5.1 DTS-HD Master Audio track.

Synopsis: Fearless explorer Lara Croft (Angelina Jolie) tries to locate Pandora’s box before criminals Jonathan Reiss (Ciarán Hinds) and Chen Lo (Simon Yam) use it for evil. According to myth, the box holds deadly organisms that could kill millions of people. With her old partner, Terry (Gerard Butler), Croft goes on a hunt that takes her from Europe to Asia to Africa, where pal Kosa (Djimon Hounsou) helps her. Along the way, Croft rappels down cliffs, scuba dives and decimates many male opponents. 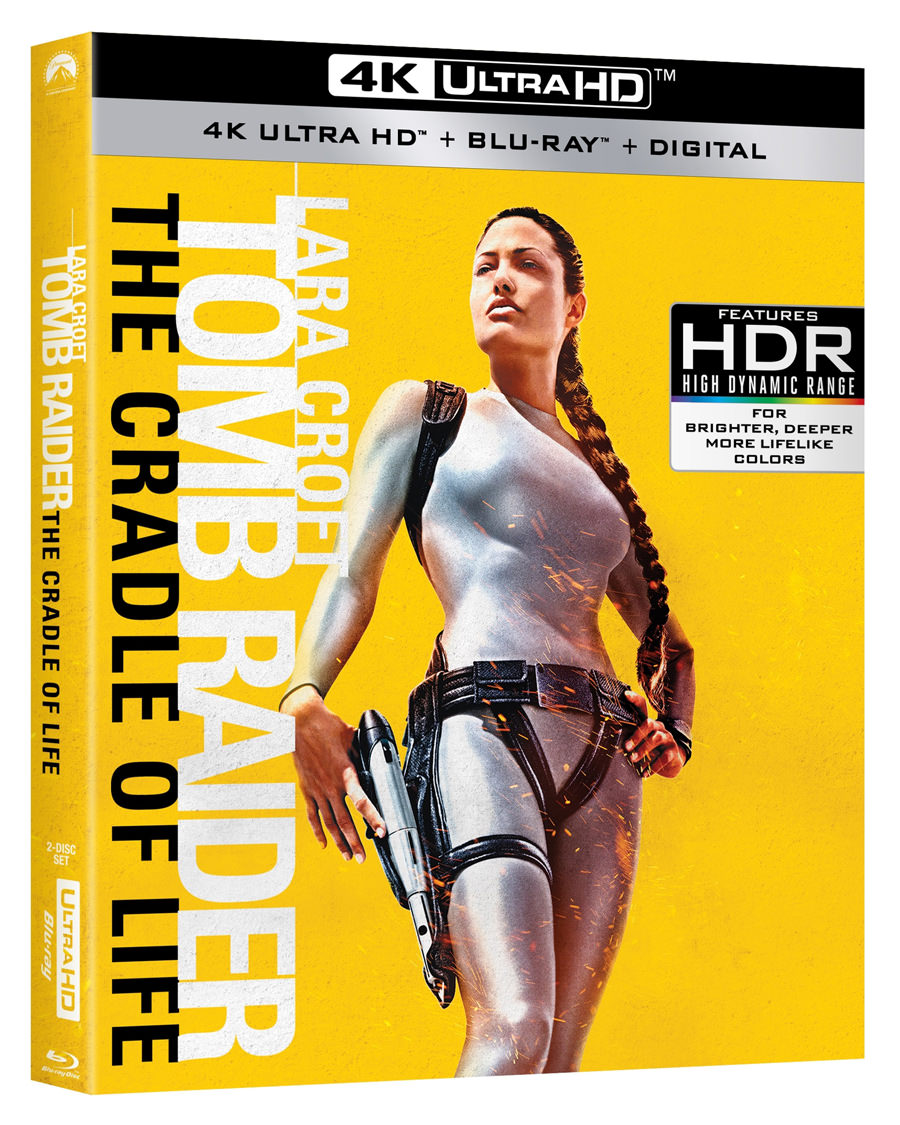