Lionsgate Home Entertainment has announced the date and released artwork for the western, Hostiles starring Christian Bale, Rosamund Pike and Wes Studi. Click on the link below or image to the left to check out the features and artwork.

Lionsgate Home Entertainment has announced an April 24, 2018 release date for Hostiles. The 4K Ultra HD and Blu-ray will come with a 5.1 DTS-HD Master Audio track while the DVD will have the usual Dolby Digital 5.1 audio mix. The 4K Ultra HD, Blu-ray and DVD will be available for the suggested retail price of $42.99, $39.99, and $29.95, respectively.

Synopsis: Set in 1892, Hostiles tells the story of a legendary Army captain (Bale) who, after stern resistance, reluctantly agrees to escort a dying Cheyenne war chief (Studi) and his family back to tribal lands. Making the harrowing and perilous journey from Fort Berringer, an isolated Army outpost in New Mexico, to the grasslands of Montana, the former rivals encounter a young widow (Pike), whose family was murdered on the plains. Together, they must join forces to overcome the punishing landscape, hostile Comanche, and ruthless outliers that they encounter along the way. 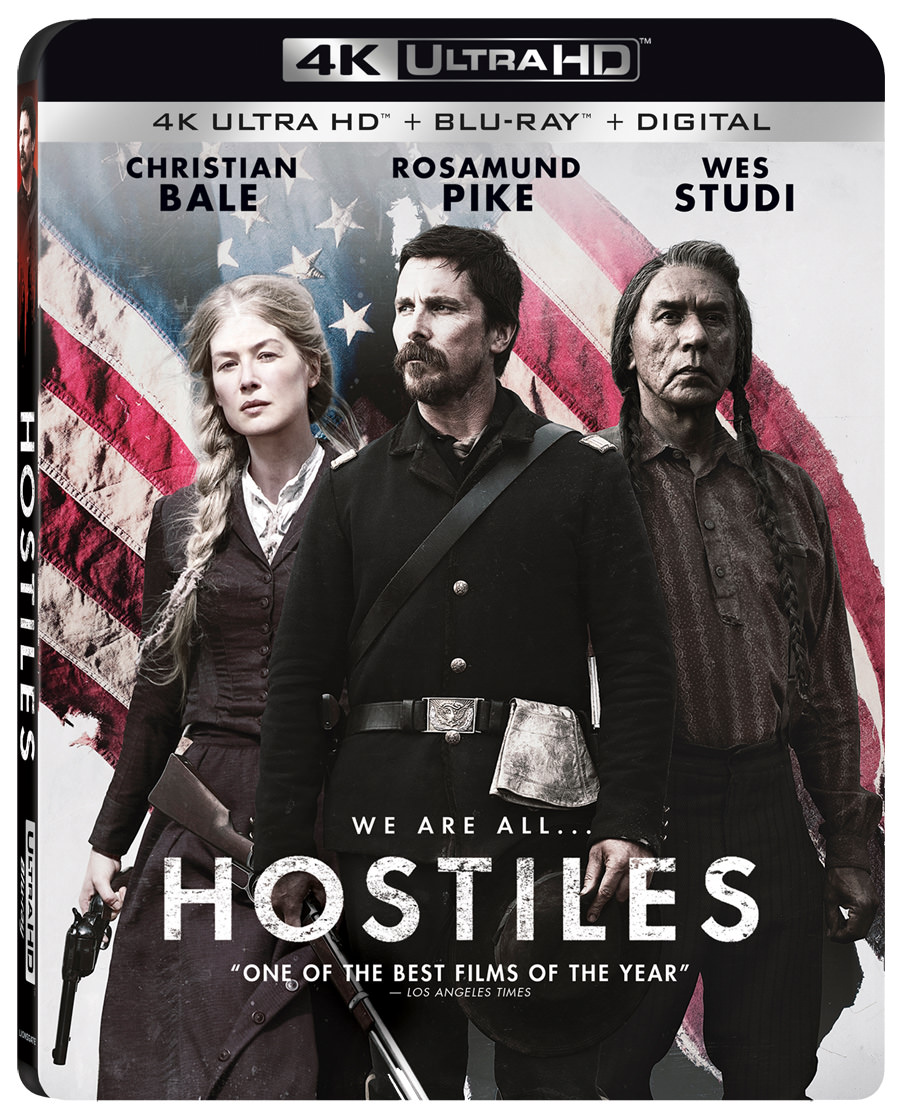 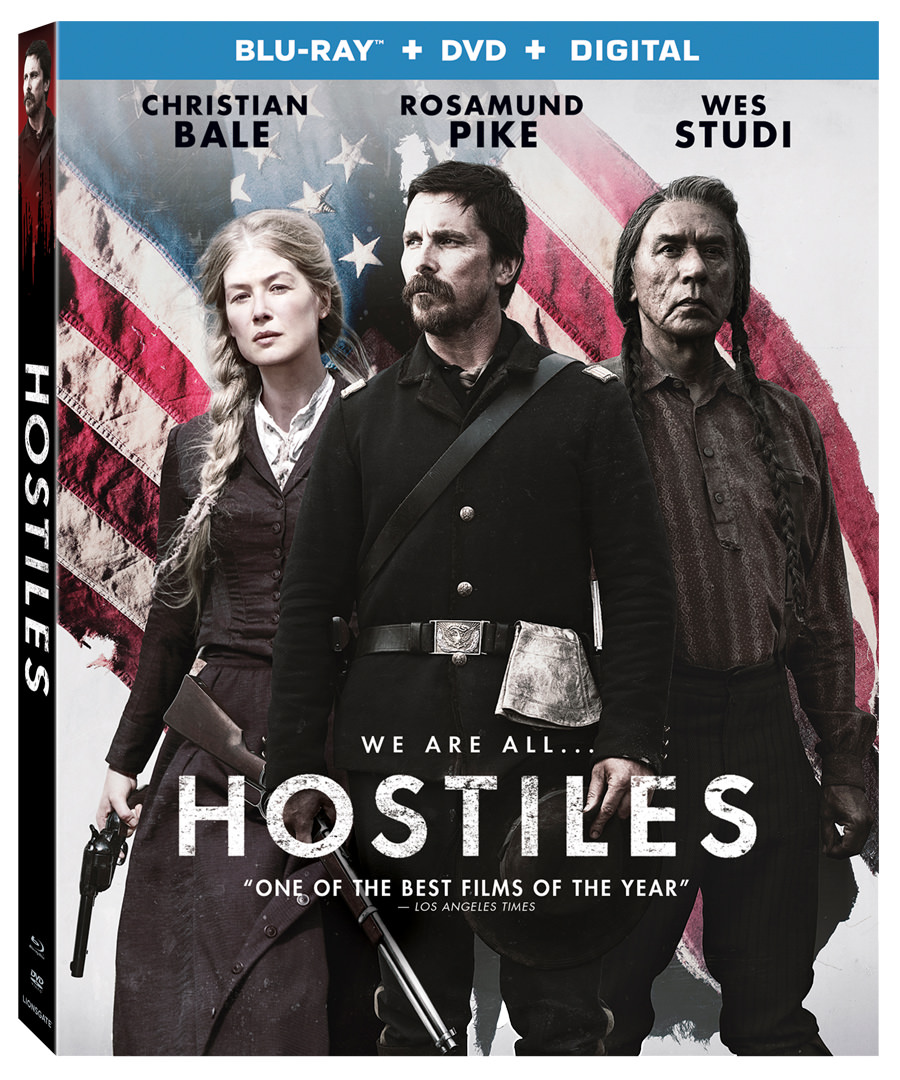 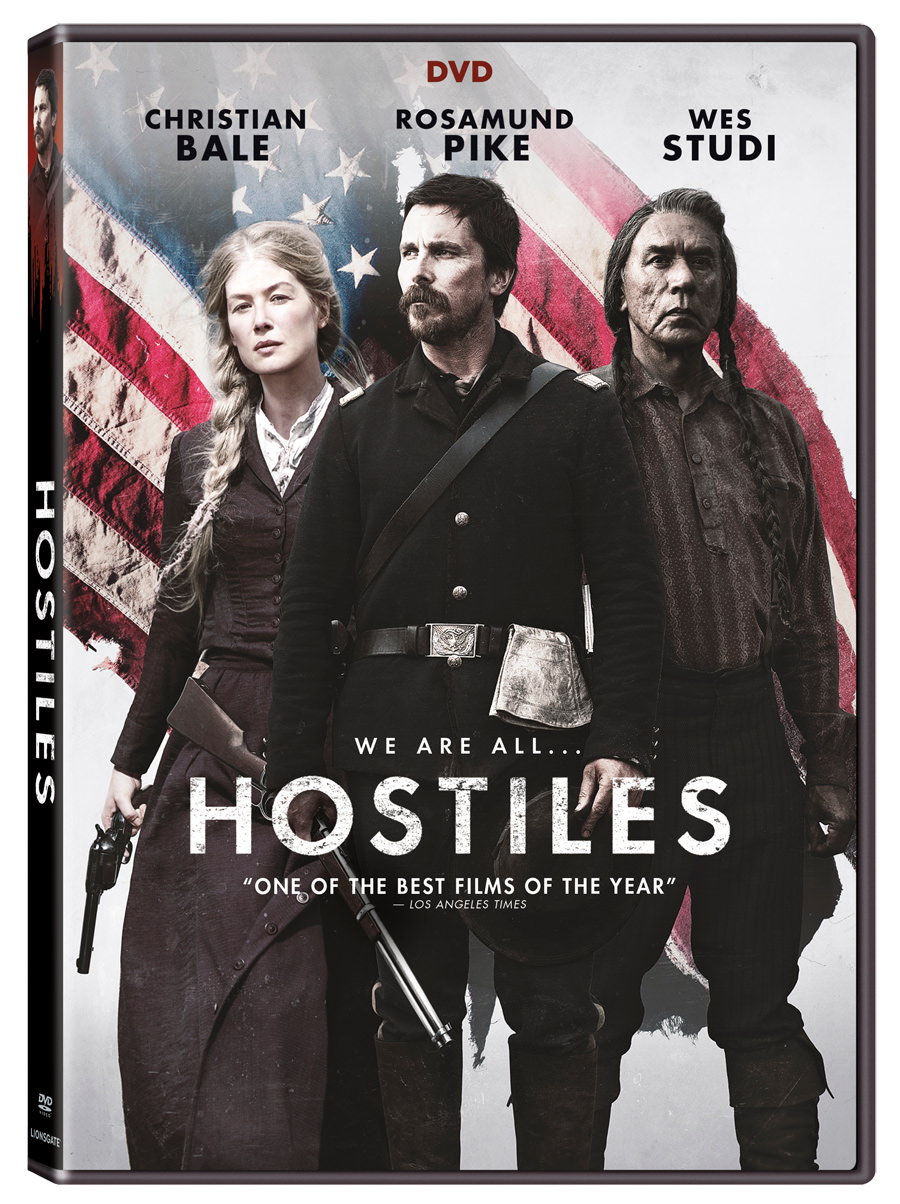