Warner Bros. Home Entertainment has announced the date and released artwork for the disaster film, Geostorm starring Gerard Butler, Jim Sturgess, Abbie Cornish, Ed Harris and Andy Garcia. Click on the link below or image to the left to check out the features and artwork.

Warner Bros. Home Entertainment has announced a January 23, 2018 release date for Geostorm. The Blu-ray will come with a Dolby Atmos track while the DVD will have the usual Dolby Digital 5.1 audio mix. The Blu-ray and DVD will retail for $35.99 and $28.98, respectively.

Synopsis: After an unprecedented series of natural disasters threatened the planet, the world’s leaders came together to create an intricate network of satellites to control the global climate and keep everyone safe.  But now, something has gone wrong—the system built to protect the Earth is attacking it, and it’s a race against the clock to uncover the real threat before a worldwide geostorm wipes out everything…and everyone along with it. 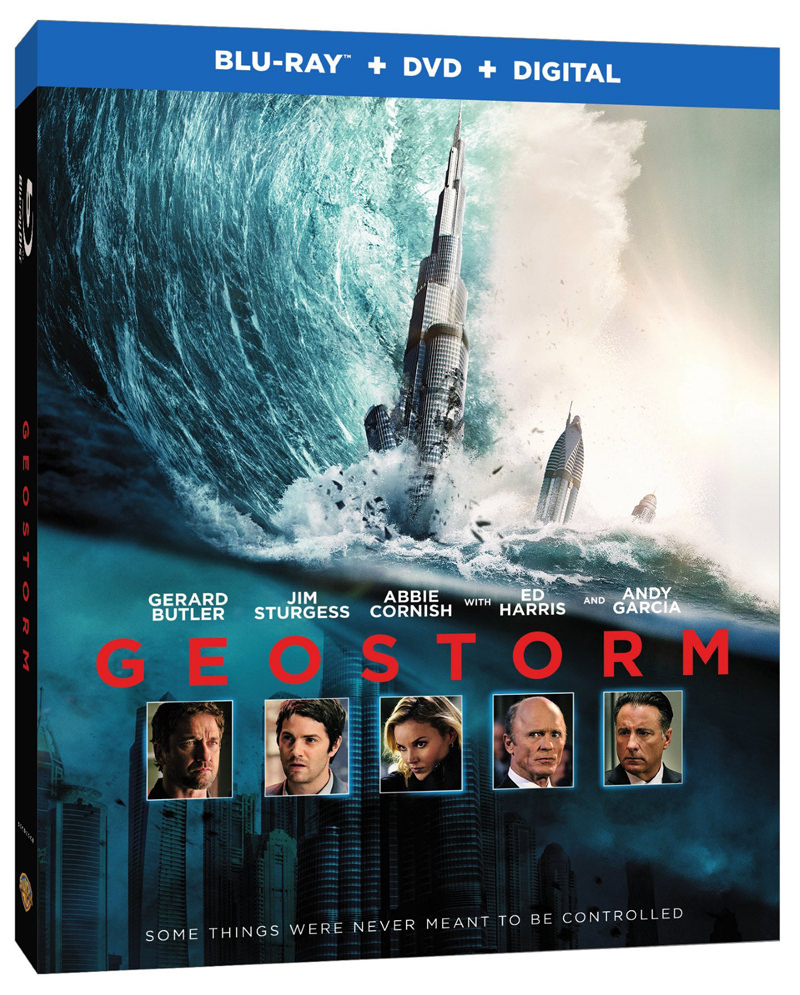