Lionsgate Home Entertainment has announced the date and released artwork for the drama-thriller, The Killing of a Sacred Deer starring Colin Farrell and Nicole Kidman. Click on the link below or image to the left to check out the features and artwork.

Lionsgate Home Entertainment has announced a January 23, 2018 release date for The Killing of a Sacred Deer. The Blu-ray will come with a 5.1 DTS-HD Master Audio track while the DVD will have the usual Dolby Digital 5.1 audio mix. The Blu-ray and DVD will retail for $24.99 and $19.98, respectively.

Synopsis: Dr. Steven Murphy (Farrell) is a renowned cardiovascular surgeon presiding over a spotless household with his ophthalmologist wife, Anna (Kidman), and their two exemplary children, 12-year-old Bob (Sunny Suljic) and 14-year-old Kim (Raffey Cassidy). Lurking at the margins of Steven’s idyllic suburban existence is Martin (Barry Keoghan), a fatherless teen he has covertly taken under his wing. As Martin begins insinuating himself into the family’s life in ever-more unsettling displays, the full scope of his intent becomes menacingly clear when he confronts Steven with a long-forgotten transgression that will shatter the Murphy family’s domestic bliss. 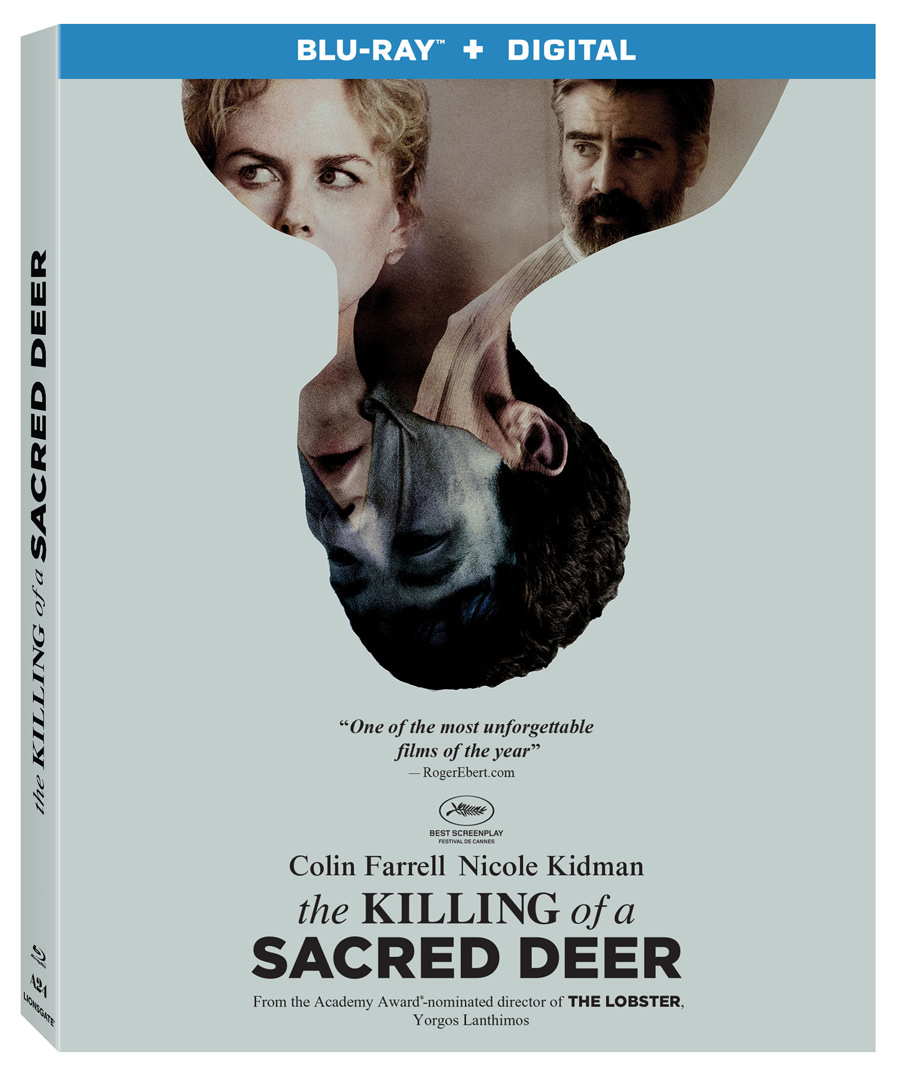 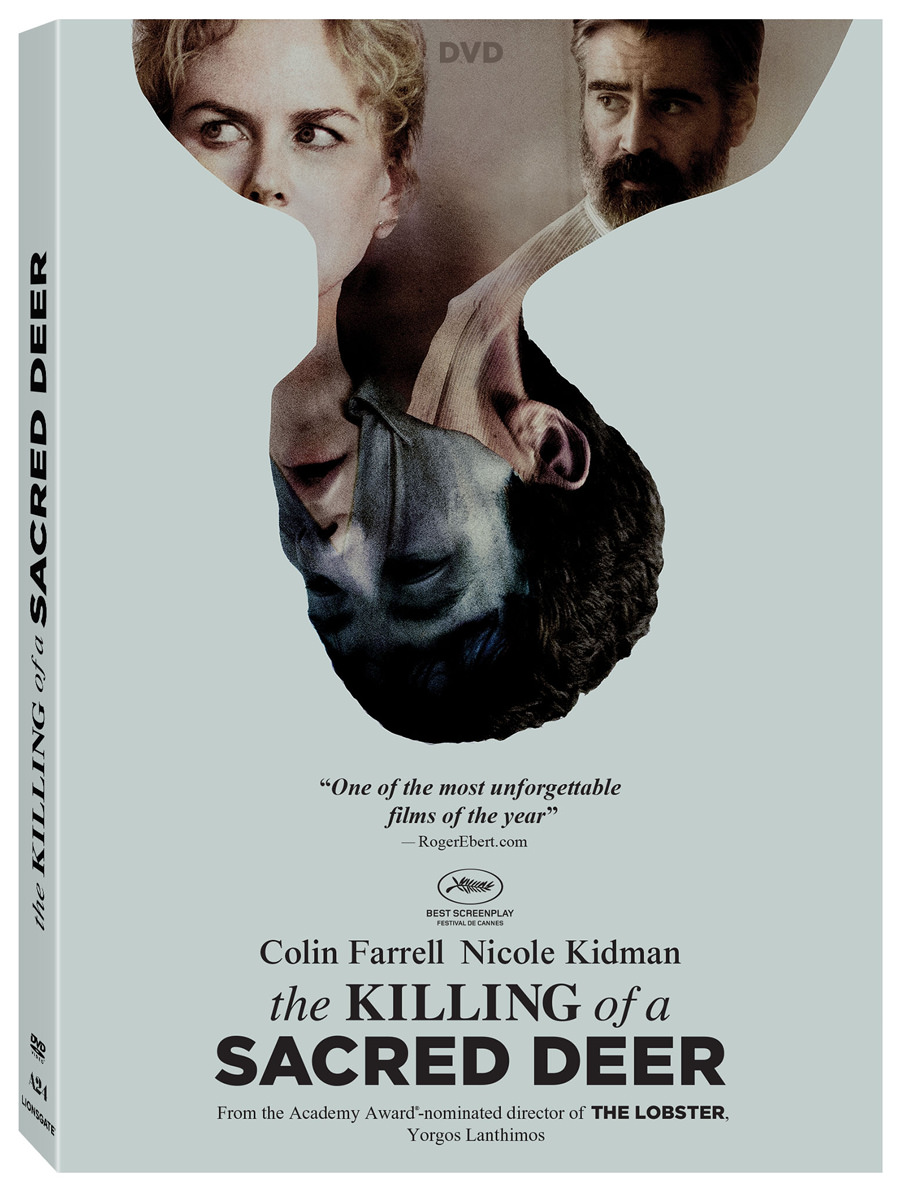