Lionsgate Home Entertainment has announced the date and released artwork for the horror flick, Gothic starring Gabriel Byrne, Julian Sands and Natasha Richardson. Click on the link below or image to the left to check out the features and artwork.

Synopsis: Five famous friends spend a hallucinogenic evening confronting their fears in a frenzy of shocking lunacy and horrifying visions in this fictional tale, which tells the story of Mary Shelley’s conception of Frankenstein on one debauched night in Lord Byron’s home. 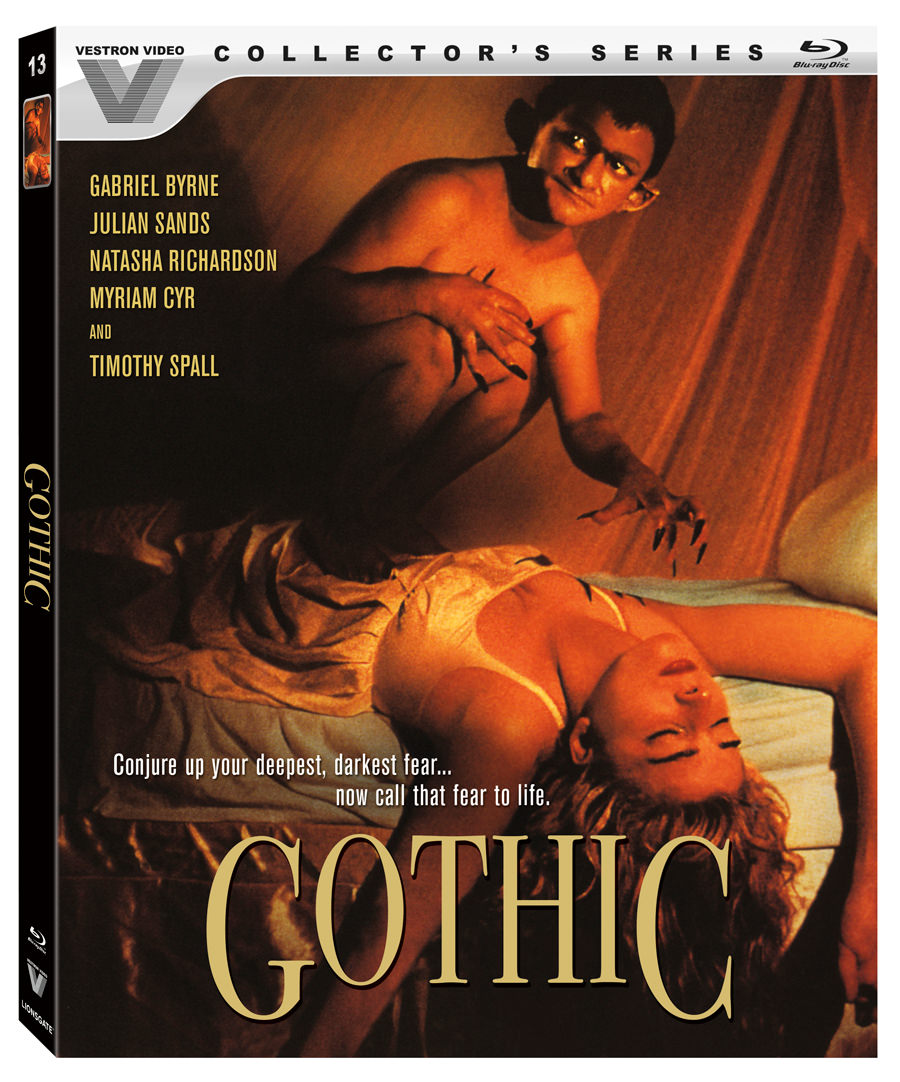