Toy Story of Terror is another solid entry in the franchise with some great humor and some decent, kid-friendly, terror. It’s also wonderful that they manage to get the cast back even in limited roles rather than go the cheaper/easier route with voice imitators. 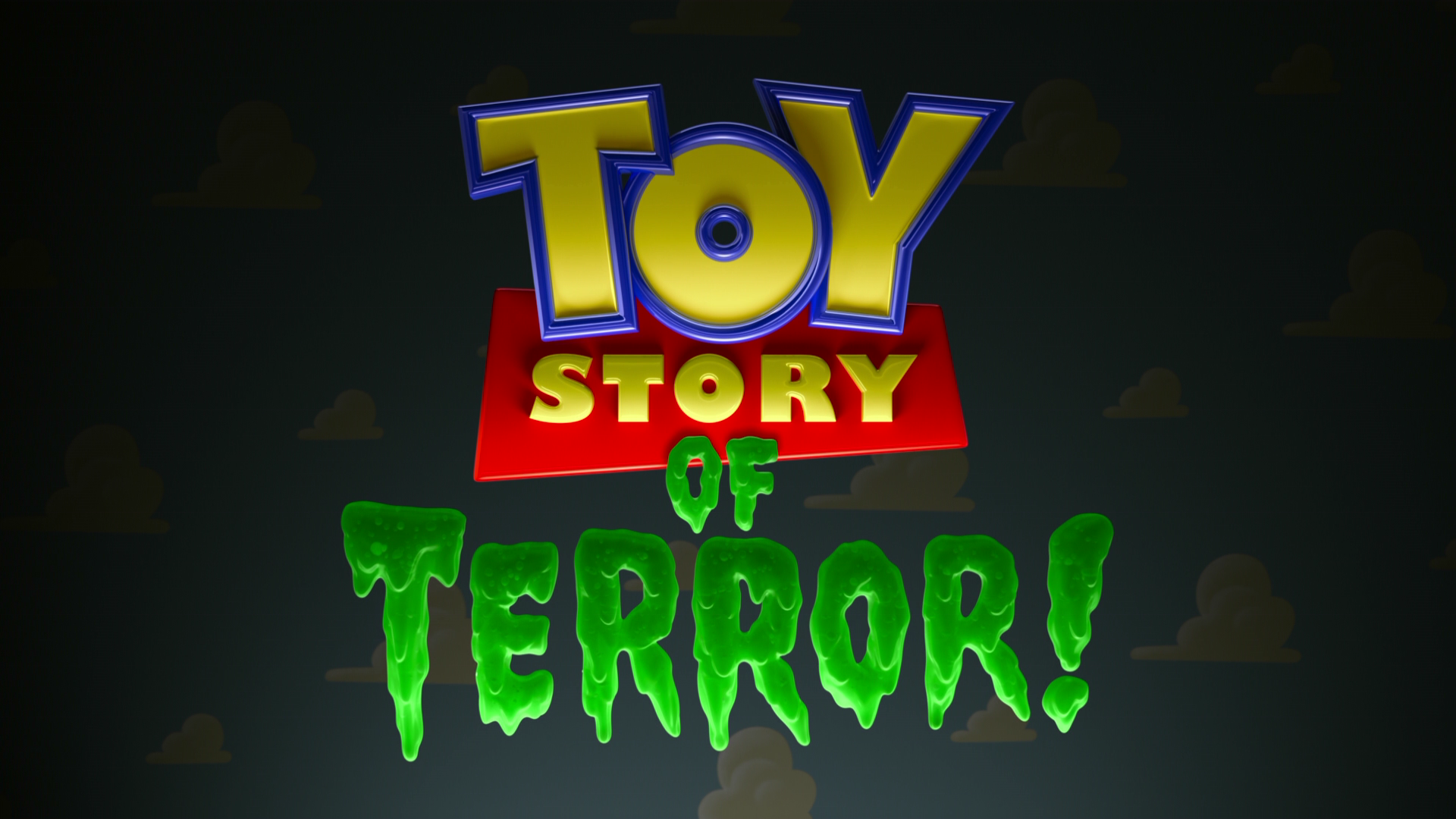 “Toy Story of Terror” is the latest installment in the “Toy Story Toons” short film animated line following “Small Fry”, “Hawaiian Vacation” and “Partysaurus Rex” and although “Vacation” is probably the best, “Terror” is a solid entry.

The story of… well… “Toy Story of Terror” finds Bonnie’s toys – Woody (voiced by TOM HANKS), Buzz Lightyear (TIM ALLEN), Jessie (JOAN CUSACK), Mr. Potato Head (DON RICKLES), Rex (WALLACE SHAWN) and Mr. Pricklepants (TIMOTHY DALTON) – on some sort of road trip when the car gets a flat tire and of course it’s a dark, stormy night. Until it can be repaired, Bonnie and her mother stay overnight at a roadside motel.

While they slept, Mr. Potato Head decides to scour the place and the others follow if only to protect one another. However, something lurks in the shadows and begins grabbing each of them, one by one. Jessie is about to be taken but is rescued by Combat Carl (CARL WEATHERS). There’s a dastardly scheme behind it all and time is of the essence, can Jessie and the other toys escape before it’s too late? Toy Story of Terror is actually one of the better of the “Toy Story Toons” line and it’s a lot of fun seeing our old friends and the fact Disney/Pixar were able to wrangle the original voice actors like Tom Hanks and Tim Allen, rather than going with a third-rate sound-alike, is also impressive. The animation here is also pretty darn good, probably near theatrical quality, though considering this is one-fifth the length does help.

Also, high marks to the script with its self-awareness that will amuse the adults as much as the kids, one of the trademarks of the original Toy Story movies and why it’s still durable to this day.

This release comes with an embossed and glossy slip cover. Inside is a redemption code for the Digital Copy.

Toy Story Toons (19:33; HD) is a collection of the previous shorts, each with an optional commentary track: “Hawaiian Vacation”, “Small Fry” and “Partysaurus Rex”.

Team of Specialists (11:53; HD) – This featurette is a day in the life of writer/director Angus MacLane from start to finish.

Deleted Scenes (7:23; HD) – There are three scenes, in rough form, that ultimately got cut, probably for time constraints; Includes an optional intro with the editor.

Vintage Toy Commercials (2:38; HD) are some fun commercials made for this special (and can be watched with the show). 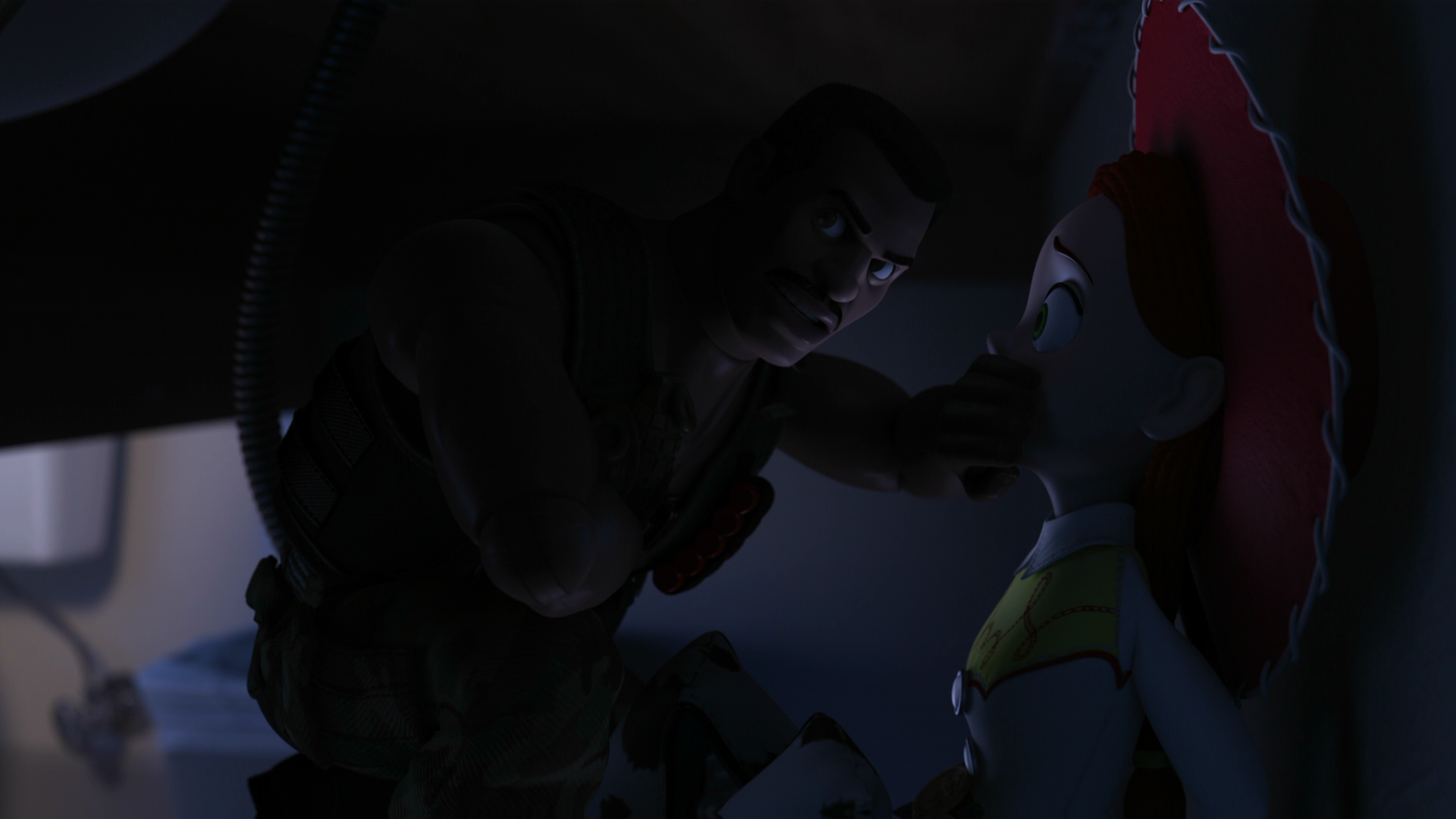 Toy Story of Terror scares up onto Blu-ray presented with a 1.78 widescreen aspect ratio and sporting a 1080p high-definition transfer. Having seen the original airing, I can this pretty much looks on par though with a bit more clarity and no artifacting or pixilation. The colors are vibrant and the detail levels throughout sharp, it’s yet another fine transfer from the Mouse Corporation.

Surprisingly, this short TV special actually got a 7.1 channel DTS-HD Master Audio track. While it could be considered overkill, and generally doesn’t take advantage of each channel, it’s still a good track providing crisp and clear dialogue levels while any ambient noises or the score utilize the surrounding speakers with decent effectiveness. Overall, Toy Story of Terror is another solid entry in the franchise with some great humor and some decent, kid-friendly, terror. It’s also wonderful that they manage to get the cast back even in limited roles rather than go the cheaper/easier route with voice imitators. The Blu-ray release has excellent audio/video transfers and all things considered, there’s a fair amount of bonus material.