Darkman is a cheesy but really fun throwback to the B-movie horror days of Hollywood. Liam Neeson is wonderful and turns in a great performance considering the amount of make-up he had to work under while Sam Raimi, far from perfect direction, shows what would come with his Spider-Man franchise. 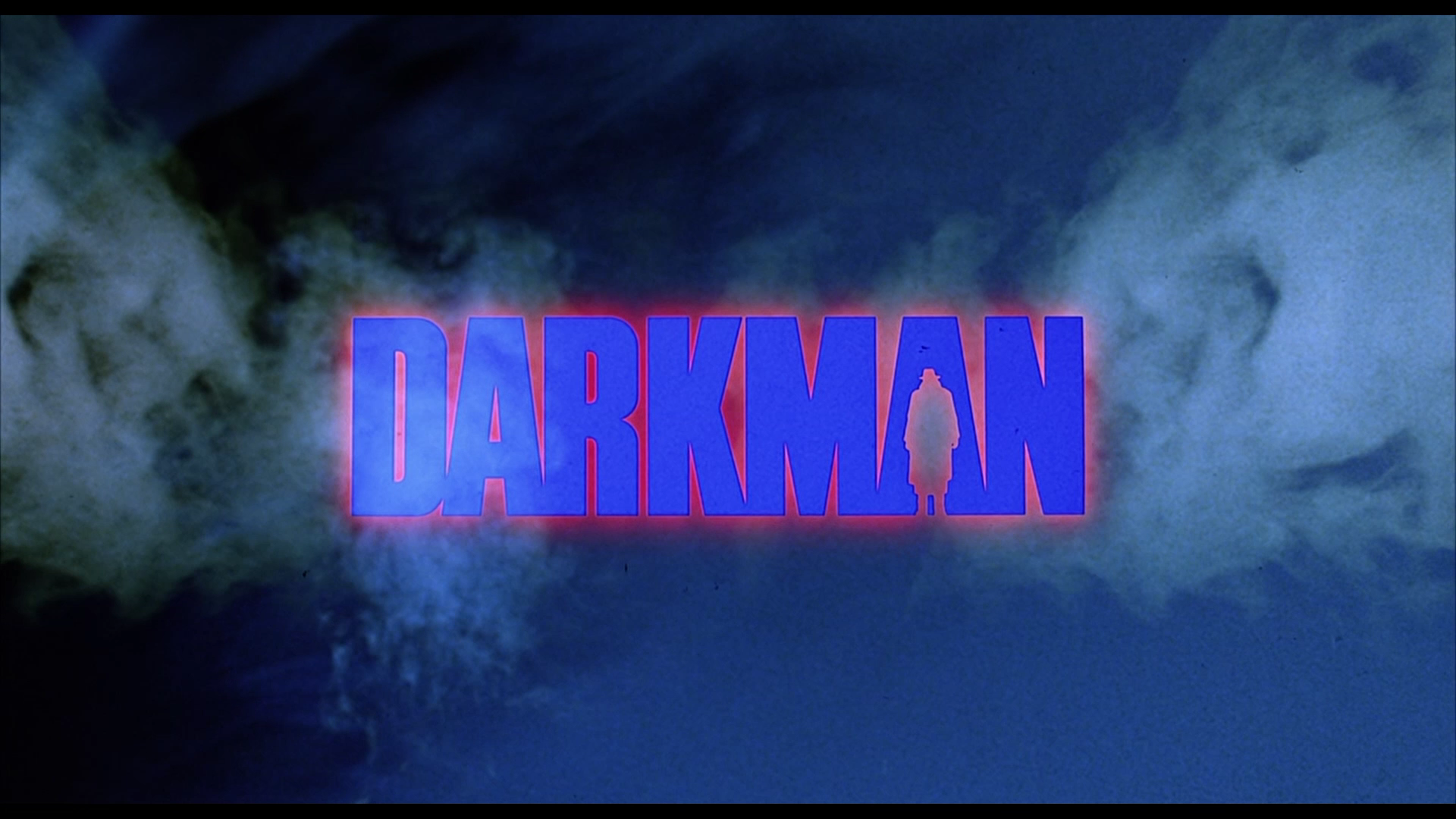 Plot Outline: Dr. Peyton Westlake (LIAM NEESON) is on the verge of realizing a major breakthrough in the creation of synthetic skin when his laboratory is blown up by gangsters led by Robert Durant (LARRY DRAKE). Having been burned beyond recognition and forever altered by an experimental medical procedure, Westlake becomes known as Darkman, assuming identities in his quest for revenge and a new life with his former love, reporter Julie Hastings (FRANCES MCDORMAND) who is hot on the story of corruption by a billionaire businessman (COLIN FRIELS).

Quick Hit Review: Sam Raimi’s foray into the superhero subgenre and while hardly perfect with quirky editing and less than stellar camera work, the story of Darkman is a fun throwback to the B-movie era of Hollywood with cheesy dialogue and wonky, yet still impressive, make-up effects. Liam Neeson’s performance is also impressive especially when you consider the numerous scenes he has to act behind cloth and make-up and those sequences as himself, you really see his devolution into madness. Frances McDormand for her part is fine as the love interest but the highlight is Larry Drake as the ruthless gangster. In the end, Darkman is a fun little movie with some great action scenes and admittedly tacky green screen shots though those only add to the movie’s charm and B-movie origins. It also is fun to watch and see some of the same elements Raimi would bring to the Spider-Man franchise.

This release comes with a matted slip cover. The interior cover is reversible which has the original artwork seen in posters and previous releases. The Universal releases were, from what I could tell, barebones so Shout Factory has included additional features…

Audio Commentary – Director of Photographer Bill Pope provides the only commentary and is mostly informative though I wish Sam Raimi recorded a new one.

Interview with Liam Neeson (7:26; HD) – This new interview, which is not listed on the back cover, with Neeson has the actor talking about how he got the role, his thoughts on the character and working with Sam Raimi.

The Name is Durant with Larry Drake (15:59; HD) is a new interview with Drake as he chats up about his role and recounts his time on the movie which he seemed to genuinely enjoy.

The Face of Revenge (13:21; HD) is an interview with special make-up creator Tony Gardner.

Henchman Tales (12:57; HD) covers right-hand goons played by Dan Bell and Danny Hicks with newly recorded interviews (separately) talking about how they got their roles.

Dark Design (16:46; HD) looks at the designs of the movie with interviews with production designer Randy Ser and art director Philip Dagort.

Interview with Frances McDormand (10:50; HD) finds the actress discussing her time working on the film and her character.

Darkman Featurette (6:26; SD) is a vintage feature with on-set interviews as the cast and crew chat about the movie.

Cast and Crew Interviews (8:59; SD) are some old interviews some of which was used or intended to be used in the old featurette. Shout Factory releases Darkman with what I think is a new transfer, the picture looks pretty good with only minimal amount of dust marks and scratches and good detail levels throughout. The movie, shown in its original 1.85 widescreen aspect ratio, the 1080p high-def transfer has a good balance with the colors which comes through nicely. Given I don’t own Universal’s release, I can’t compare the two but based on reviews, it seems to be on par or maybe slightly better.

The disc includes both a 5.1 and 2.0 DTS-HD Master Audio tracks which is a mixed bag. The dialogue sounds clear coming from the center channel and Danny Elfman’s thrilling score makes good use of the front and rear channels, however when we get into the action sequences (such as the explosion), the track is a bit flat with no depth and mostly relegated to the center speaker. 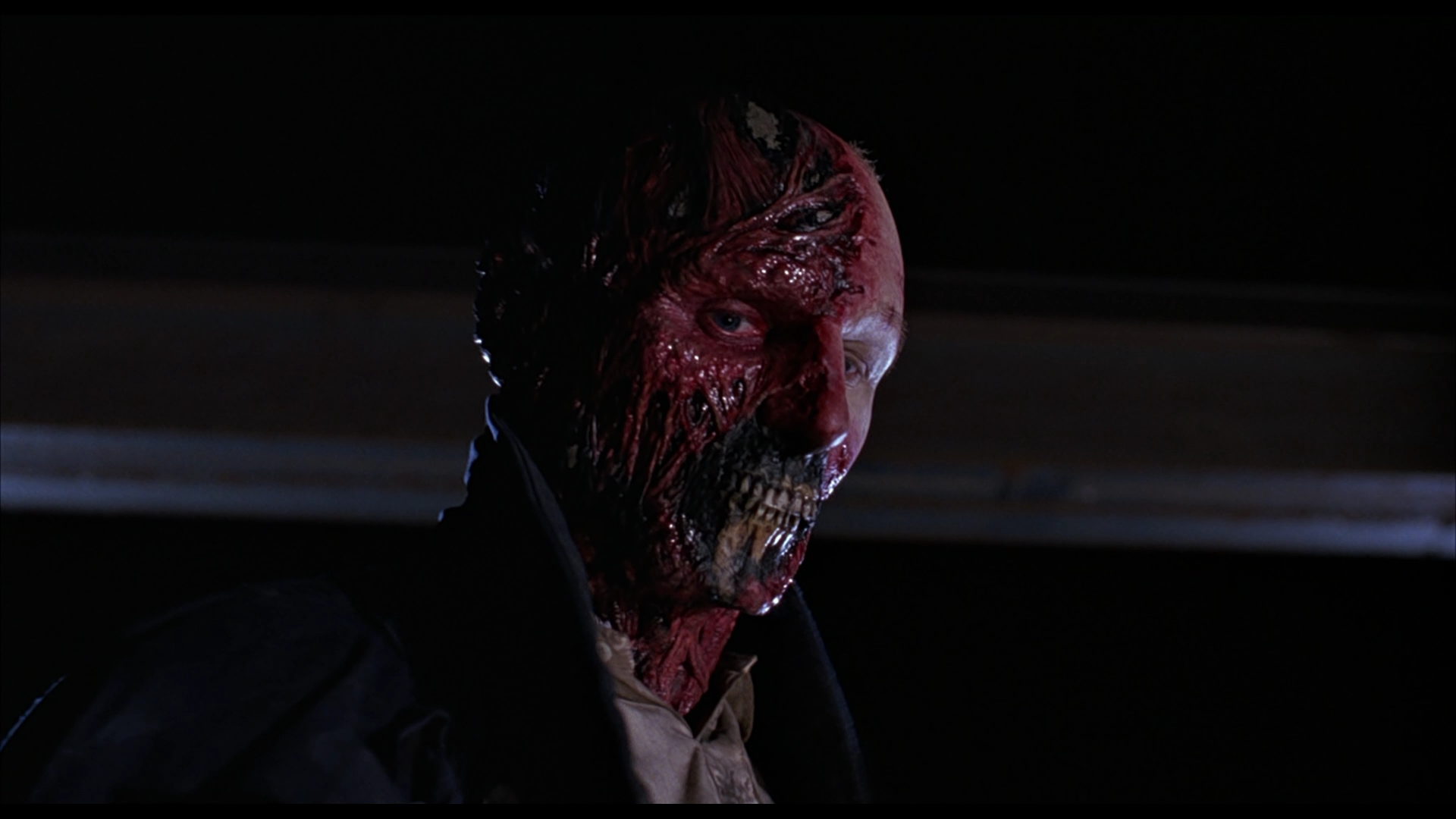 Overall, Darkman is a cheesy but really fun throwback to the B-movie horror days of Hollywood. Liam Neeson is wonderful and turns in a great performance considering the amount of make-up he had to work under while Sam Raimi, far from perfect direction, shows what would come with his Spider-Man franchise. Although not a great movie, it’s still well worth watching even if some of the visual effects, even for 1990, were laughable. The Blu-ray released by Shout Factory has a fair amount of new bonus features and the audio/video transfers are decent enough.