Lionsgate has announced the date and released artwork for the Vestron Collector’s Series of Shivers directed by David Cronenberg. Click on the link below or image to the left to check out the features and artwork.

PROGRAM DESCRIPTION
The Vestron Video Collector’s Series returns when legendary director David Cronenberg’s (The Fly, Scanners) horror classic Shivers arrives on Blu-ray and Digital September 15 from Lionsgate. Vestron Video has been a leader in remastering the most unique and wide-ranging selection of classic films. A timeless take on sexual horror produced by Ivan Reitman (Ghostbusters), the film stars Paul Hampton, Joe Silver, and Lynn Lowry. With five new special features including an all-new audio commentary with David Cronenberg, Shivers will be available on Blu-ray for the suggested retail price of $17.99.

OFFICIAL SYNOPSIS
A cult favorite, Shivers is acclaimed filmmaker David Cronenberg’s feature-length debut and new to the Vestron Collector’s Series. When the residents of a luxury apartment complex outside Montreal are infiltrated by parasites and transformed into violent, sex-crazed maniacs, it’s up to  Dr. Roger St. Luc to contain the outbreak from spreading to the city at large in a film that “scares and shocks us because it’s so cleverly made” (Roger Ebert). 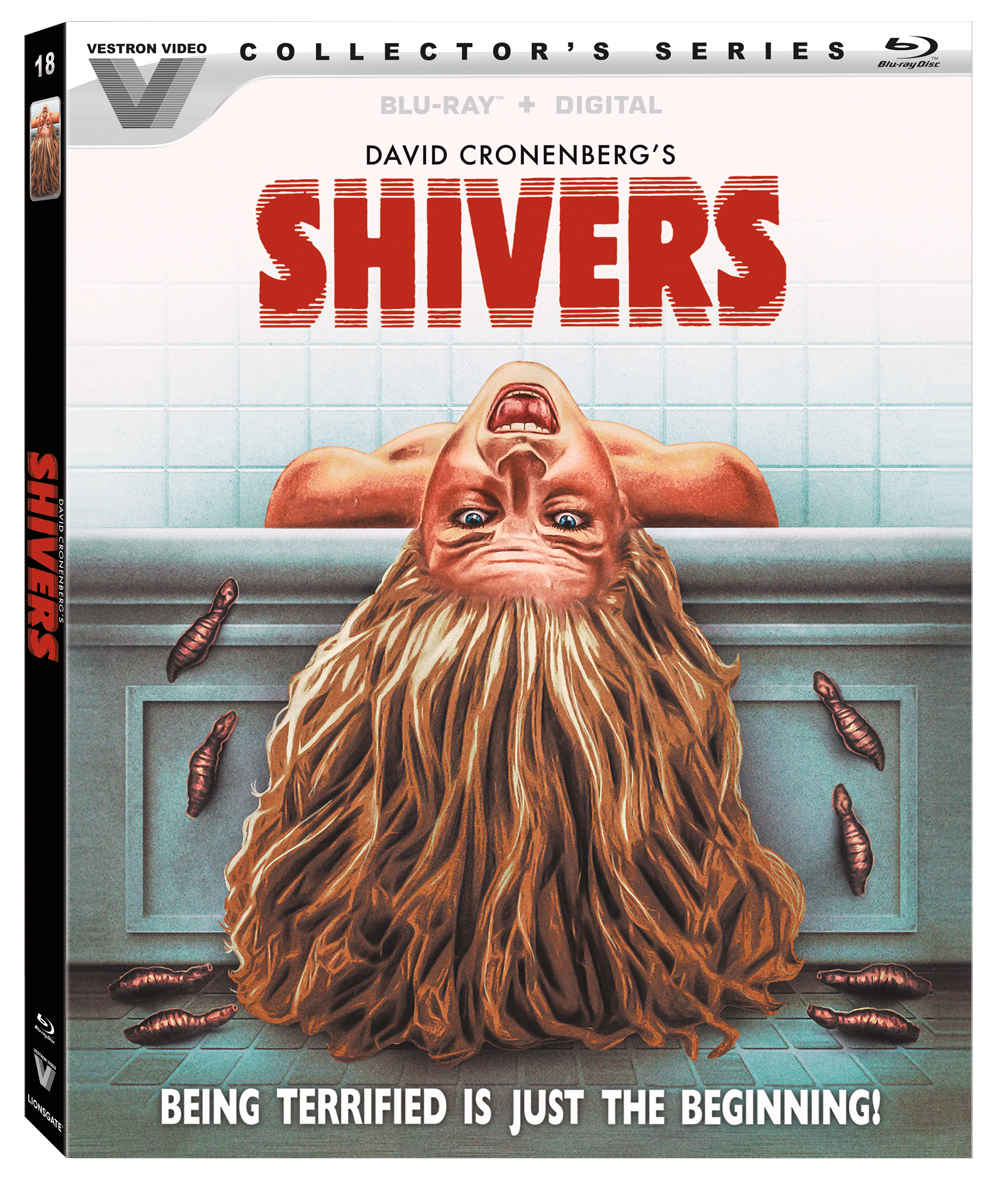