Warner Bros. Home Entertainment has announced the date and released artwork for the third installment of Deep Blue Sea starring Tania Raymonde and Nathaniel Buzolic. Click on the link below or image to the left to check out the features and artwork.

New discoveries and predators emerge in the middle of the ocean in the highly anticipated feature film, Deep Blue Sea 3, from Warner Bros Home Entertainment (WBHE). Following the breakout success of Deep Blue Sea 2, itself a sequel to the 1999 cult hit Deep Blue Sea, Deep Blue Sea 3 is the next feature length installment of the franchise’s ocean adventures set for release on July 28, 2020 on Digital and August 25, 2020 on Blu-ray Combo Pack and DVD for $24.98 / $19.98 SRP ($29.98 / $24.98 in Canada).

Emma Collins, an eminent marine biologist, and her crew have set up a mid-ocean laboratory over a sunken island town in the ocean where they are observing the first known Great White mating area. Unfortunately, the enhanced Bull Sharks that escaped in Deep Blue Sea 2 are also there with their own evolutionary goal: cross-breeding with the bigger faster Great Whites. The mission’s patron, Richard Lowell, believes that the Bull Sharks contain the key to intelligence enhancement, which he secretly intends to sell for big profits. Now, Emma and her crew are trapped on crumbling stilt houses mere feet over the ocean, caught between predators above and below the water.

Deep Blue Sea 3 stars Tania Raymonde (Lost, Goliath) as Emma Collins, a marine biologist who is committed to making the world a better place and Nathaniel Buzolic (The Vampire Diaries, Hacksaw Ridge) an ex-boyfriend who has chosen money over ethics. Other cast includes Emerson Brooks (MacGyver), Bren Foster (The Last Ship) and Japanese star, Reina Aoi as Miya, a grad student who is part of Emma’s small research team that is working on an island sinking in the Mozambique channel. 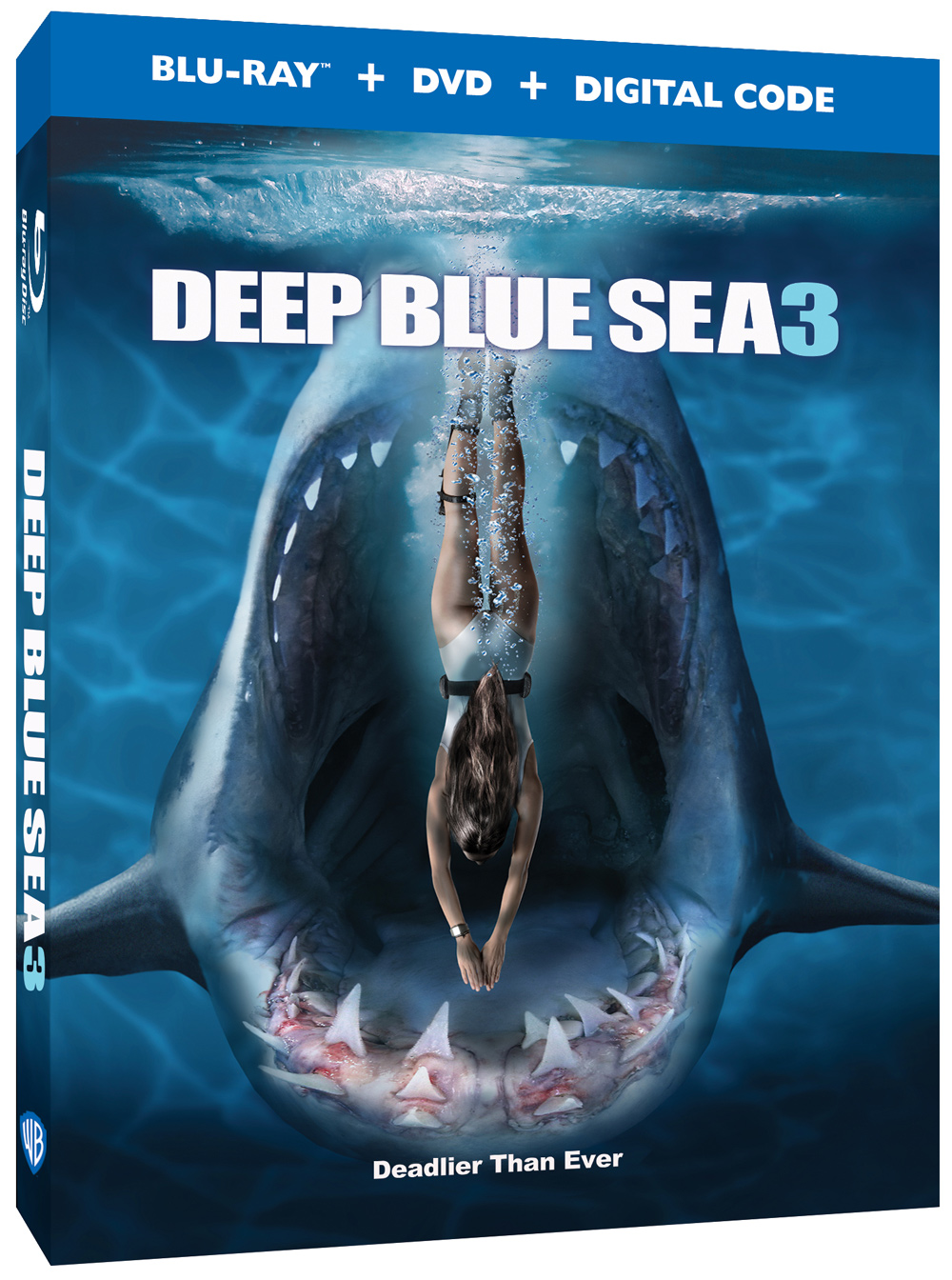