Warner Bros. Pictures Home Entertainment has announced the date and released artwork for the fifth season of DC’s Legends of Tomorrow. Click on the link below or image to the left to check out the features and artwork.

DC’s Legends of Tomorrow follows a group of misfit heroes as they fight, talk, and sing their way through protecting the timeline from aberrations, anomalies, and anything else that threatens to mess with history. After saving the world via the power of song and themed entertainment in last season’s finale, the Legends are major celebrities. Some struggle with the transition from lovable losers to A-list stars, while others start letting fame go to their heads. When a documentary crew decides to film the Legends in action, distracting them from their original mission, Astra Logue frees history’s most notorious villains from Hell in a bid for power. It’s up to the Legends to forgo fame and stop these reanimated souls (who they quickly dub “Encores”) from wreaking havoc on the timeline, whether it’s Rasputin popping out of his coffin and trying to become an immortal tsar or Marie Antoinette (and her head) turning the French Revolution into a deadly, non-stop party.
With Blu-ray’s unsurpassed picture and sound, DC’s Legends of Tomorrow: The Complete Fifth Season Blu-ray release will include 1080p Full HD Video with DTS-HD Master Audio for English 5.1.Featuring all 15 episodes from the fifth season in high definition, as well as a digital code of the season (available in the U.S. only).
SPECIAL FEATURES
BLU-RAY BONUS DISC 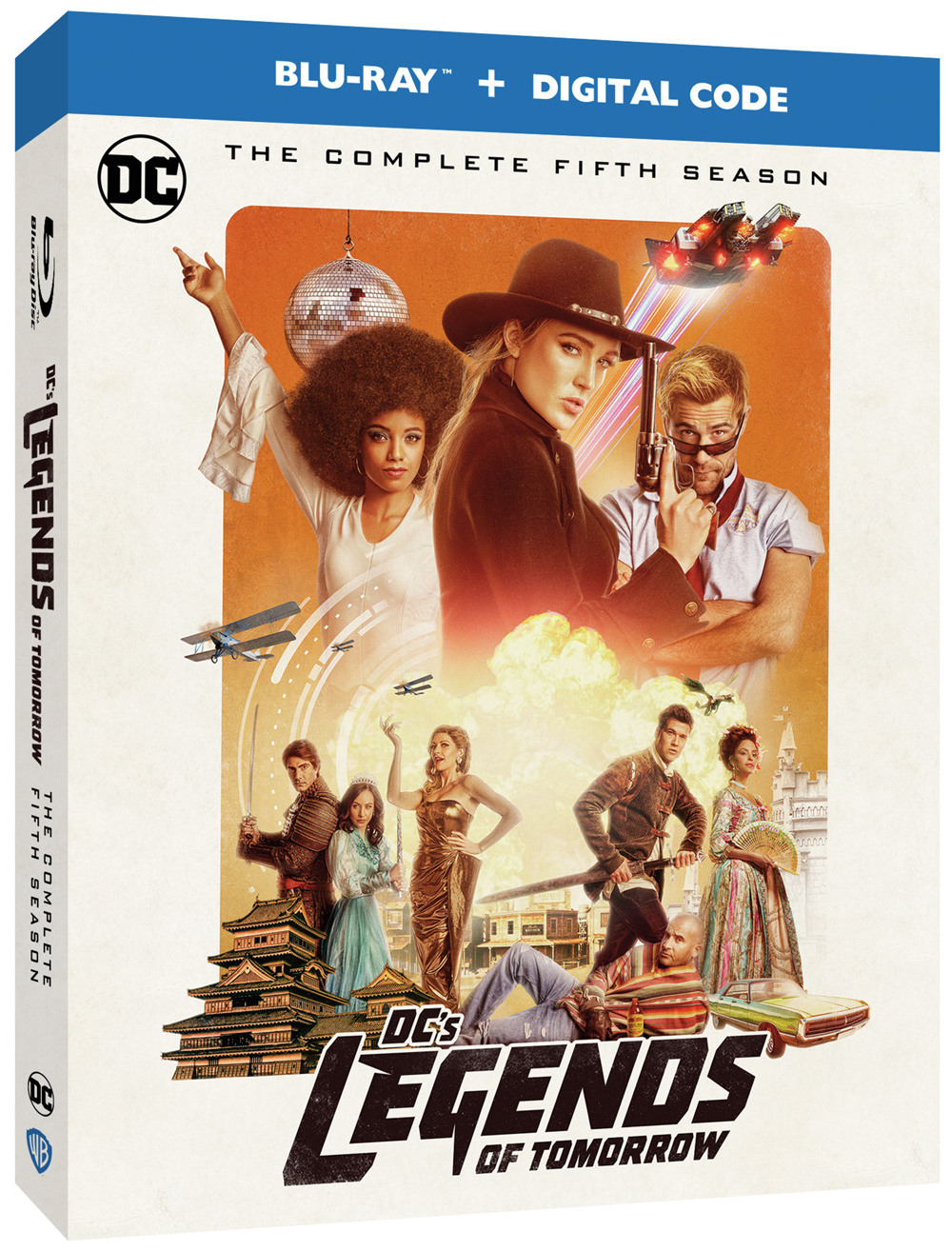