Walt Disney Home Entertainment has announced the date and released artwork for the animated sequel, Frozen 2 starring Kristen Bell, Idina Menzel and Josh Gad. Click on the link below or image to the left to check out the features and artwork.

Walt Disney Animation Studios’ “Frozen 2” has melted hearts around the world, becoming the No. 1 animated feature of all time. Just in time for Valentine’s Day,  the follow-up to 2013’s hit Oscar®-winning Best Animated Feature, “Frozen,” comes home, with a sing-along version and all-new extras, on Digital in 4K Ultra HD™, HD and Movies Anywhere on Feb. 11, and on 4K Ultra HD™, Blu-ray™ and DVD on Feb. 25.

“Frozen 2” bonus features include deleted scenes, deleted songs, Easter eggs, outtakes and a sing-along version with lyrics to the film’s forever-infectious songs. Extras invite viewers to go behind-the-scenes to hear personal, making-of stories from the “Frozen 2” cast and crew. Fans who bring the film home early on Digital will receive two exclusive extras: an interview with songwriters Kristen Anderson-Lopez and Robert Lopez, who won an Oscar® for Best Original Song (“Let It Go,” 2014) and wrote seven original songs for “Frozen 2,” and a deleted song titled “Unmeltable Me.”

In “Frozen 2,” the answer to why Elsa was born with magical powers is calling her and threatening her kingdom. Together with Anna, Kristoff, Olaf and Sven, she sets out on a dangerous but remarkable journey. In “Frozen,” Elsa feared her powers were too much for the world. In the highly anticipated sequel, she must hope they are enough. From the Academy Award®-winning team—directors Jennifer Lee and Chris Buck, producer Peter Del Vecho and songwriters Kristen Anderson-Lopez and Robert Lopez—“Frozen 2” features the voices of Idina Menzel, Kristen Bell, Jonathan Groff and Josh Gad.

“Frozen 2” will be packaged several ways to ensure families get the most out of their at-home viewing experience. The film will first be made available on Digital in 4K Ultra HD™, HD and SD offerings on Feb 11 with two extra bonus exclusives. Additionally, a Digital bundle, which includes both “Frozen” and “Frozen 2,” will be made available for purchase in 4K Ultra HD™, HD and SD. Physical copies of the film will be available on Feb. 25 as a 4K Ultra HD™ Combo Pack (4K Ultra HD, Blu-ray, and Digital Code), a Multi-Screen Edition (Blu-ray, DVD and Digital Code) and a single DVD.
Blu-ray & Digital:
Digital Exclusives:

Bonus Features (may vary by retailer) 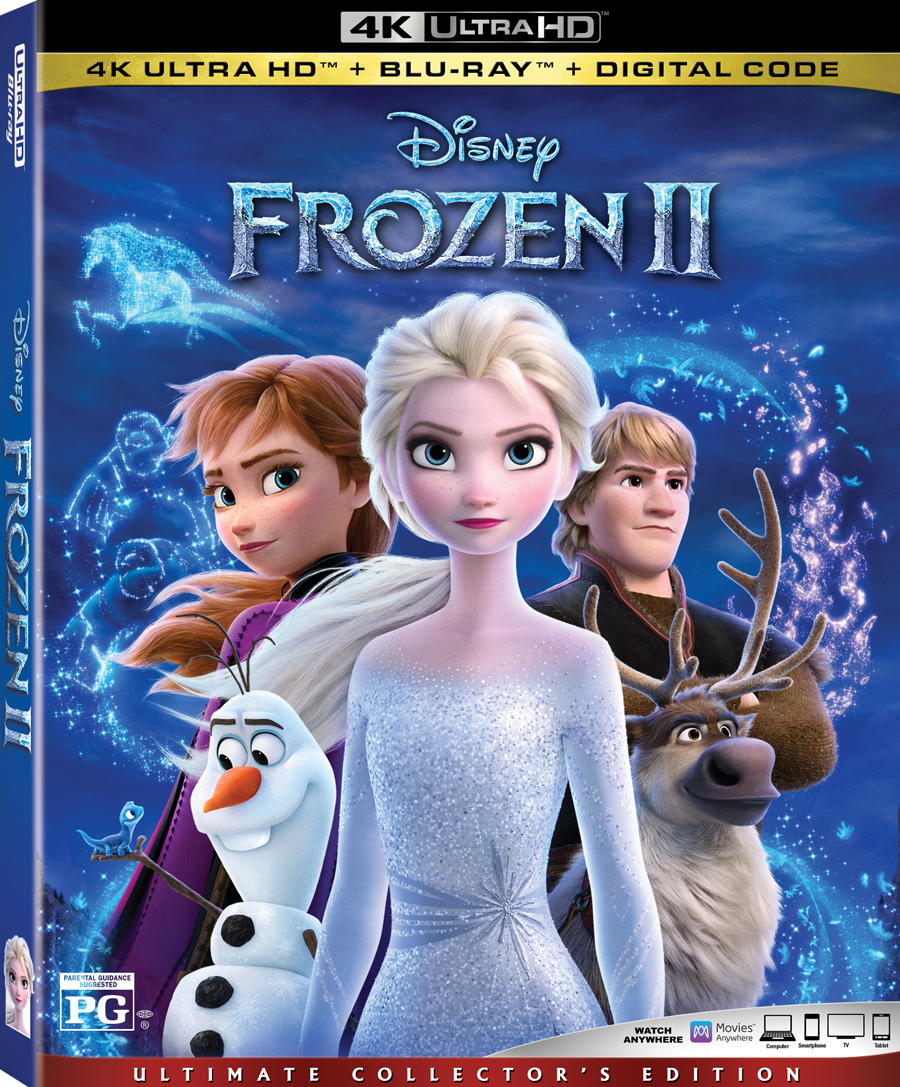 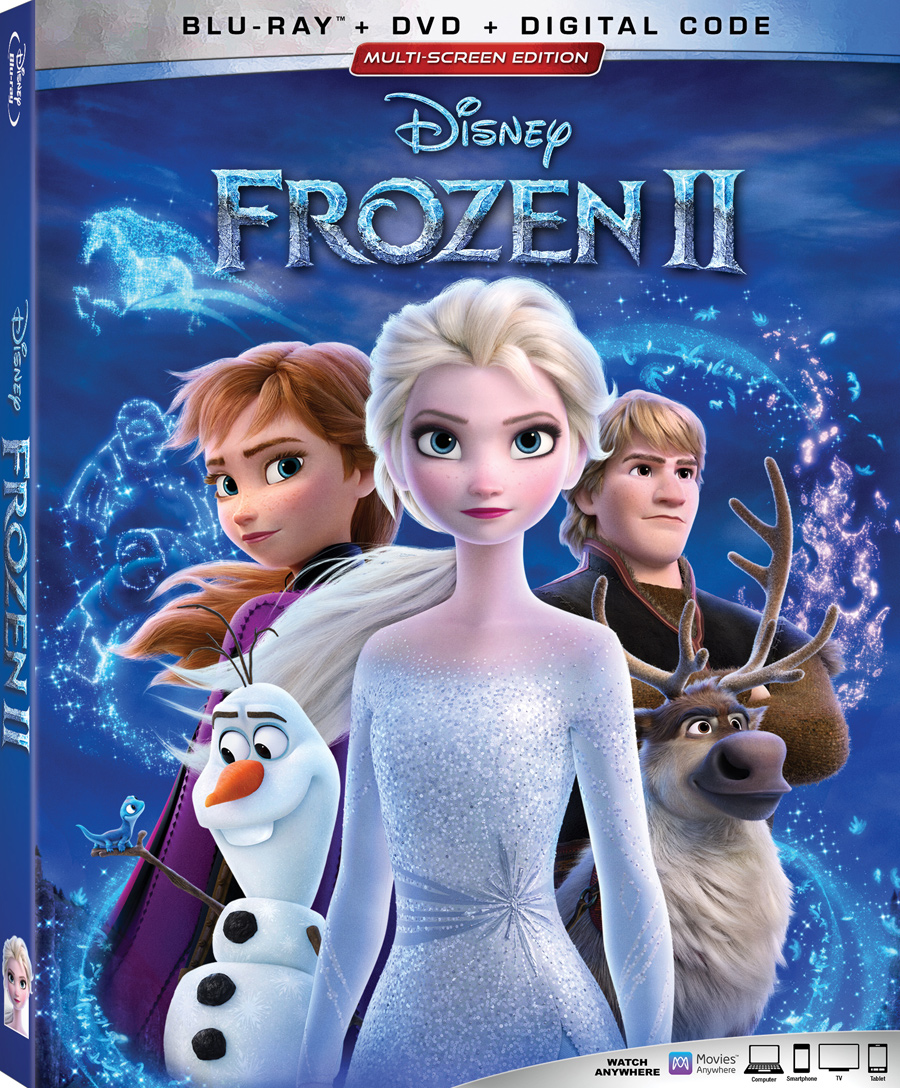