Warner Bros. Home Entertainment has announced the date and released artwork for the fifth season of The Flash starring Grant Gustin. Click on the link below or image to the left to check out the features and artwork.

Just in time for the sixth season premiere of the highest-rated series on The CW, you will be bolting into stores to pick up The Flash: The Complete Fifth Season as Warner Bros. Home Entertainment releases the Blu-ray and DVD on August 27, 2019. Fans will be able to speed-watch all 22 electrifying episodes from the fifth season, plus the show’s 2018 Comic-Con Panel, three featurettes, deleted scenes, a gag reel and more! All three DC Crossover: Elseworlds episodes will be available only for fans who purchase the Blu-ray set. The Flash: The Complete Fifth Season is priced to own at $39.99 SRP for the DVD ($51.99 in Canada) and $44.98 SRP for the Blu-ray ($52.99 in Canada), which includes a Digital Copy (available in the U.S.). The Flash: The Complete Fifth Season is also available to own on Digital via purchase from digital retailers.

Shortly after defeating The Thinker, Barry Allen/The Flash and his wife, Iris, were stunned by the arrival of their already grown, speedster daughter from the future, Nora (Jessica Parker Kennedy). However, acclimating to their lives as parents won’t be the only challenge they face, as Season Five pits Team Flash against Central City’s latest scourge – the DC Super-Villain Cicada (Chris Klein).

With Blu-ray’s unsurpassed picture and sound, The Flash: The Complete Fifth Season Blu-ray release will include 1080p Full HD Video with DTS-HD Master Audio for English 5.1. In addition to featuring all 22 episodes from the fifth season in high-definition, as well as a digital copy of the season (available in the U.S.), the 4-disc Blu-ray will also include all three crossover episodes, a tremendous value and collectors’ opportunity. 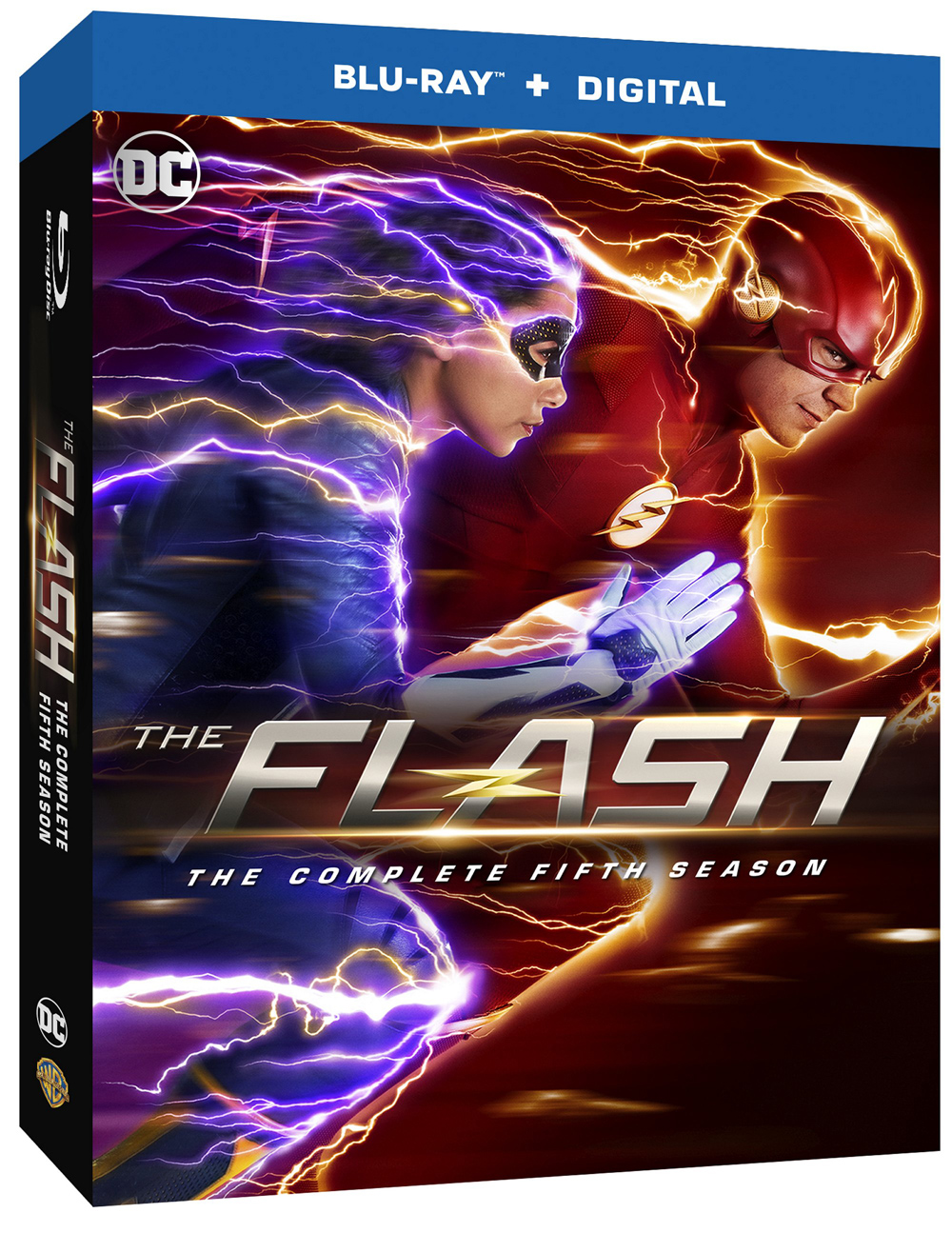