Warner Bros. Home Entertainment has announced the date and released artwork for the hit music-drama, A Star is Born starring Bradley Cooper and Lady Gaga. Click on the link below or image to the left to check out the features and artwork.

Warner Bros. Home Entertainment announced today that the extended cut of Bradley Cooper’s global hit A Star Is Born, A Star Is Born Encore will be released on Blu-ray and Digital on June 4 with nearly 12 minutes of extended performances, intimate jam sessions with Jackson and Ally and all-new scenes.

This special edition of the film contains extended performances of such songs as opener “Black Eyes,” “Alibi,” and Lady Gaga’s Ally in her impromptu a cappella performance of “Shallow,” which received the Oscar for Best Original Song at the 91st Annual Academy Awards, following Cooper and Gaga’s moving performance during the ceremony. Fans will also be treated to never-before-seen footage of Ally singing to Jack “Is That Alright?” in the wedding sequence, Jack in his studio singing “Too Far Gone,” Jack and Ally writing a new song together, entitled “Clover,” and much more, totaling nearly 12 additional minutes. 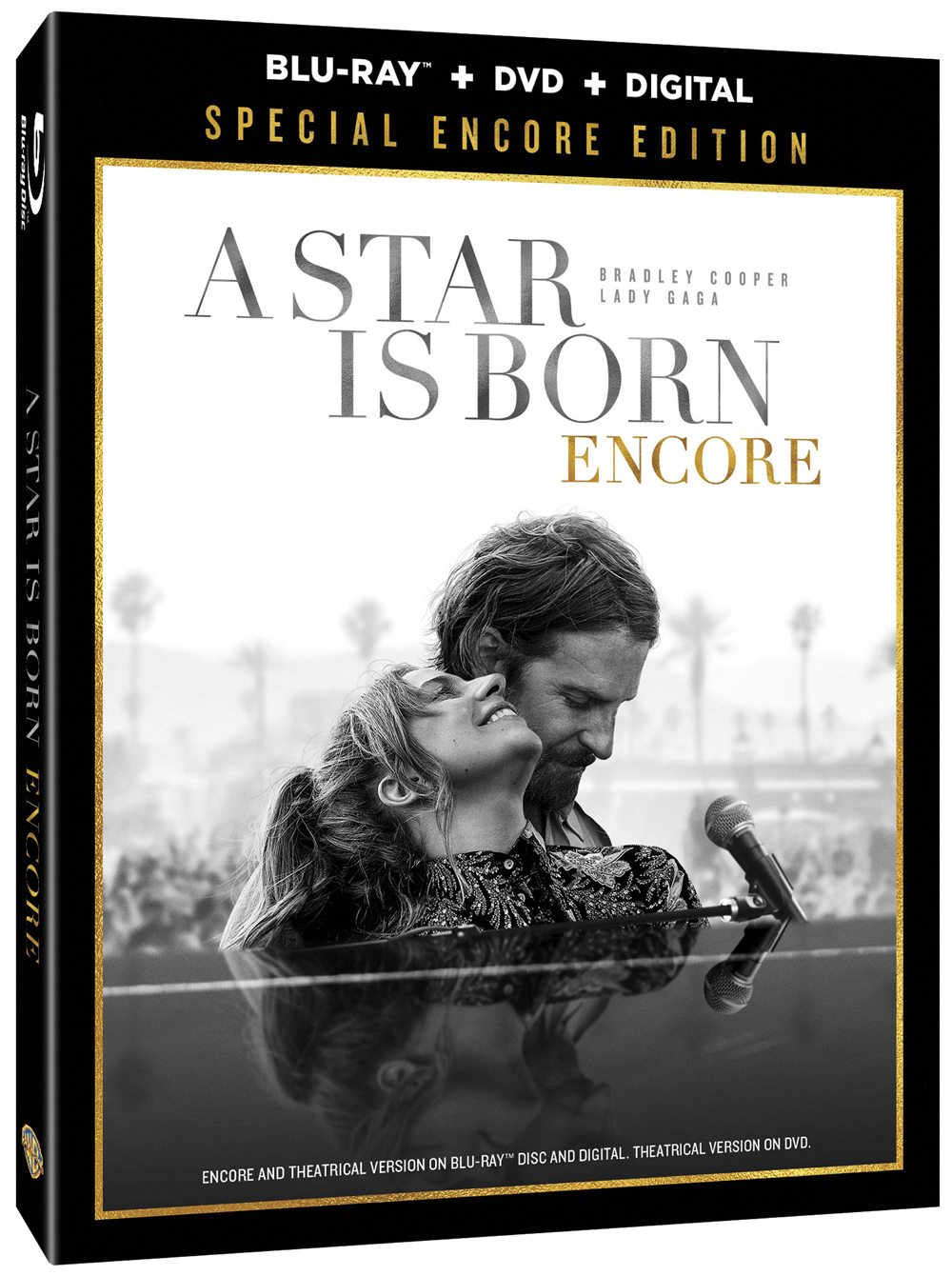