Sony Pictures Home Entertainment has announced the date and released artwork for the sci-fi actioner, Godzilla (1998) starring Matthew Broderick and Jean Reno. Click on the link below or image to the left to check out the features and artwork.

Synopsis:
Following French atomic bomb tests in the South Pacific, an unknown creature is spotted passing through the Panama Canal. Scientist Niko Tatopolous is called in to investigate the matter, and he quickly arrives at the conclusion that a giant, irradiated lizard has been created by the explosions. Godzilla® then makes its way north, landing in Manhattan to begin wreaking havoc in the big city. 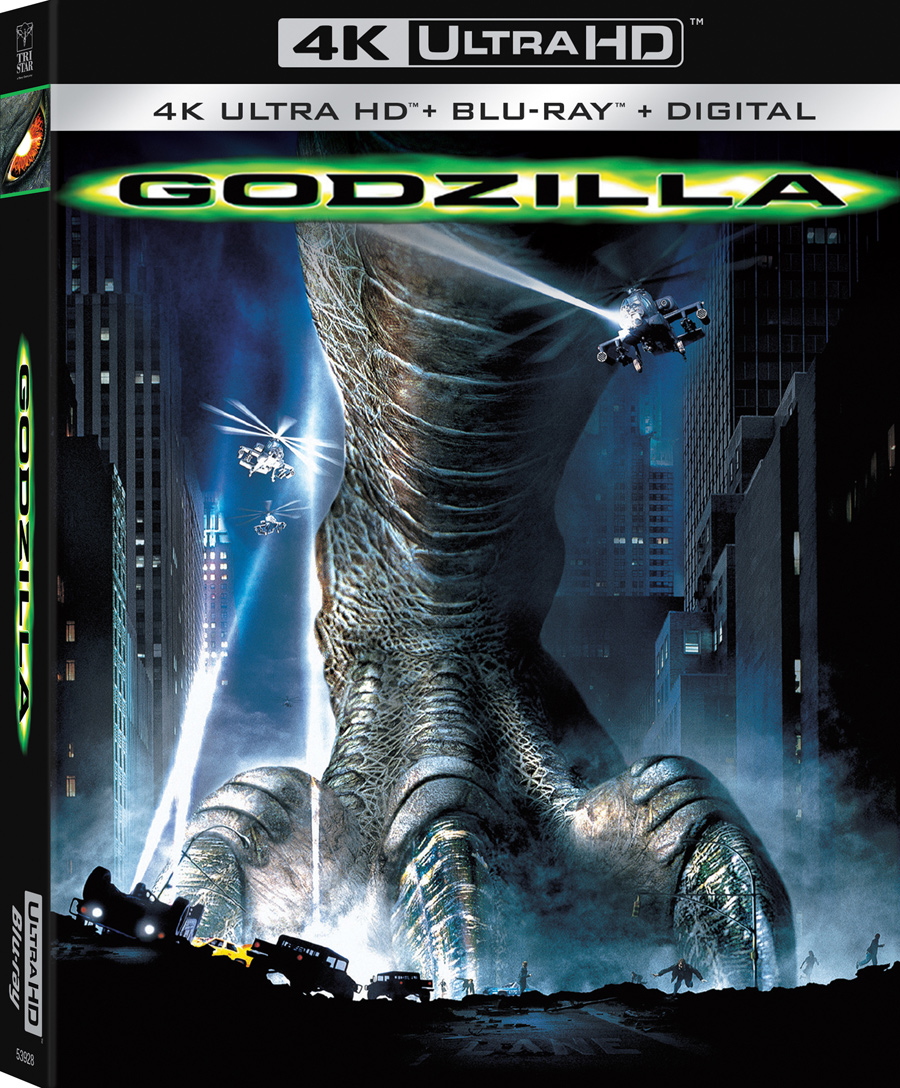