Lionsgate Home Entertainment has announced the date and released artwork for the horror film, Hellfest starring Amy Forsyth, Reign Edwards and Tony Todd. Click on the link below or image to the left to check out the features and artwork.

A group of friends are bound for a horror-themed Halloween event at a local amusement park — a sprawling labyrinth of rides, games, and mazes that travels the country and happens to be in town. But for one visitor, the ghoulish carnival of nightmares is not the attraction — it is a hunting ground. On the night the friends attend, a masked serial killer turns the amusement park into his own playground, terrorizing attendees while the rest of the patrons believe that it is all part of the show. As the body count and frenzied excitement of the crowd continues to rise, who will fight to survive the night?

Take home Hell Fest and go behind the scenes with an exclusive, never-before-seen featurette, “Thrills and Kills: Making Hell Fest.” Experience four times the resolution of Full HD with the 4K Ultra HD combo pack, which includes Dolby Vision™ HDR, bringing entertainment to life through ultravivid picture quality. When compared to a standard picture, Dolby Vision can deliver spectacular colors never before seen on a screen, highlights that are up to 40 times brighter, and blacks that are 10 times darker. The Hell Fest 4K Ultra HD Combo Pack, Blu-ray Combo Pack, and DVD will be available for the suggested retail price of $42.99, $39.99, and $29.95, respectively. 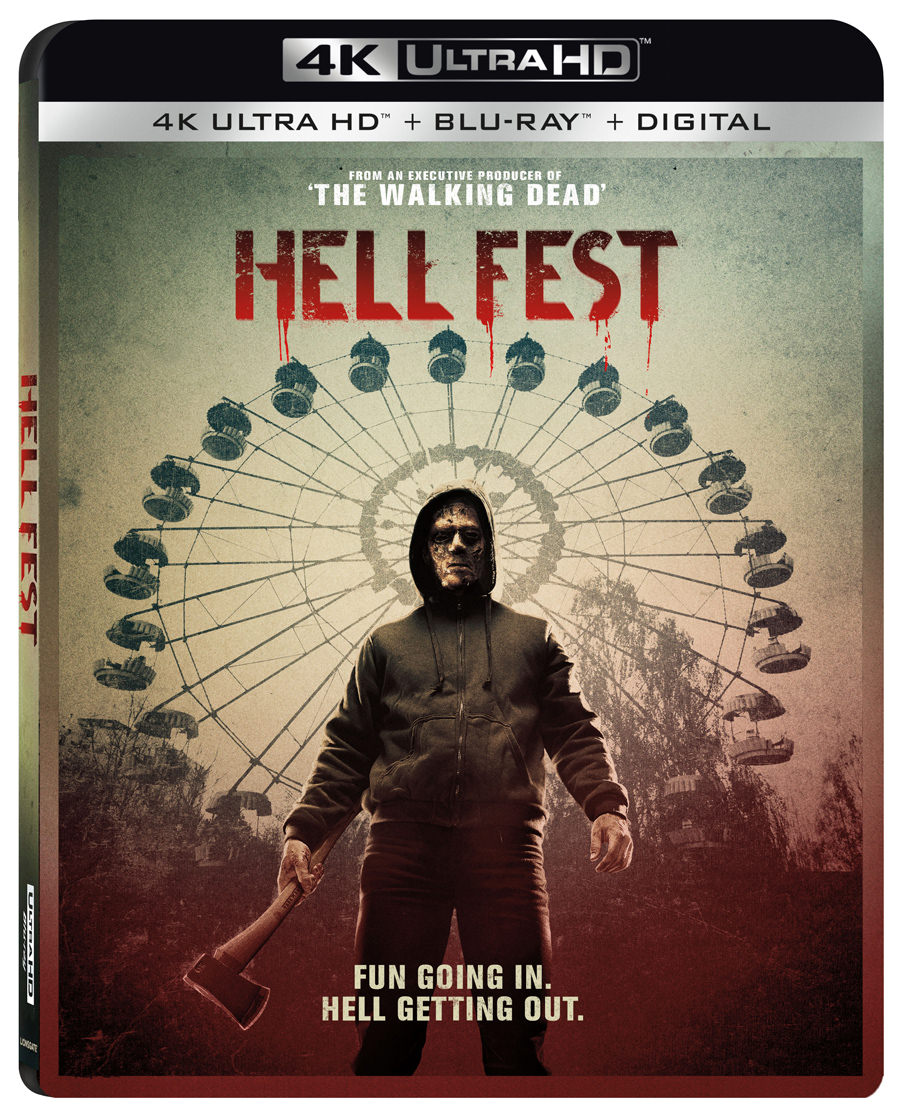 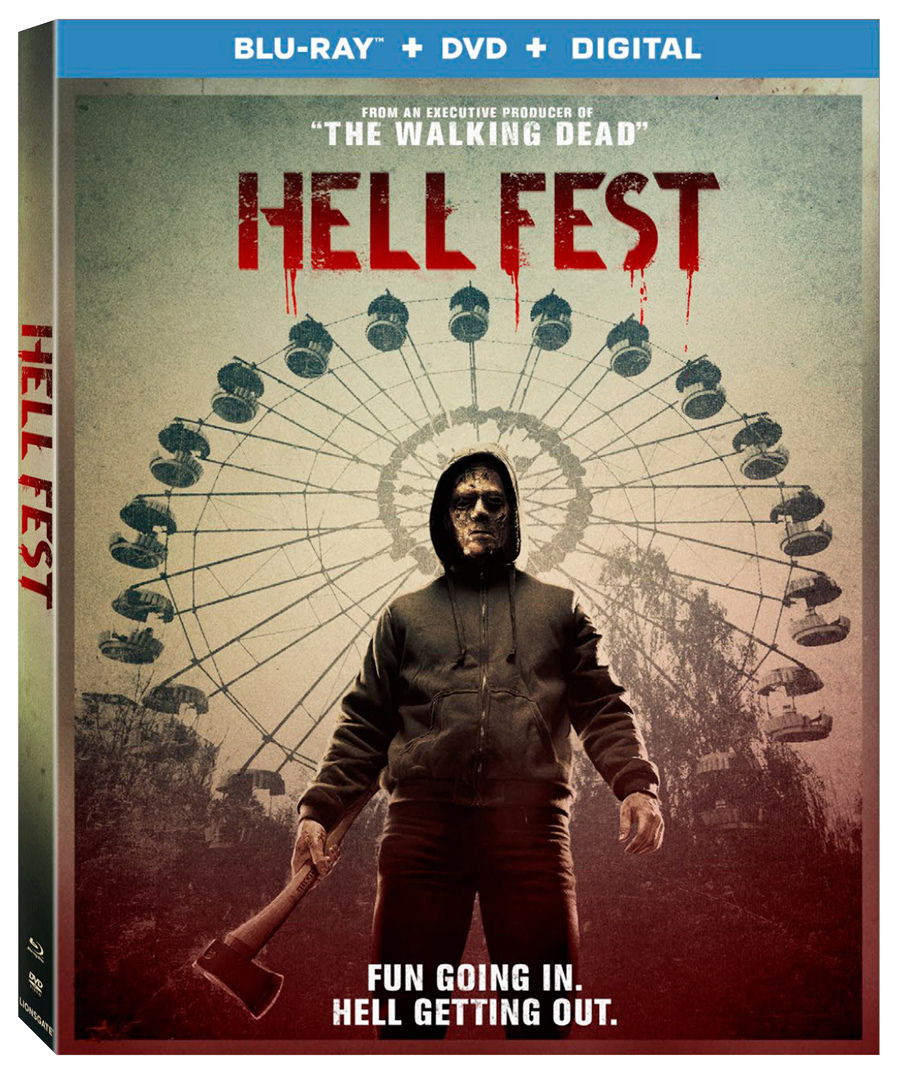 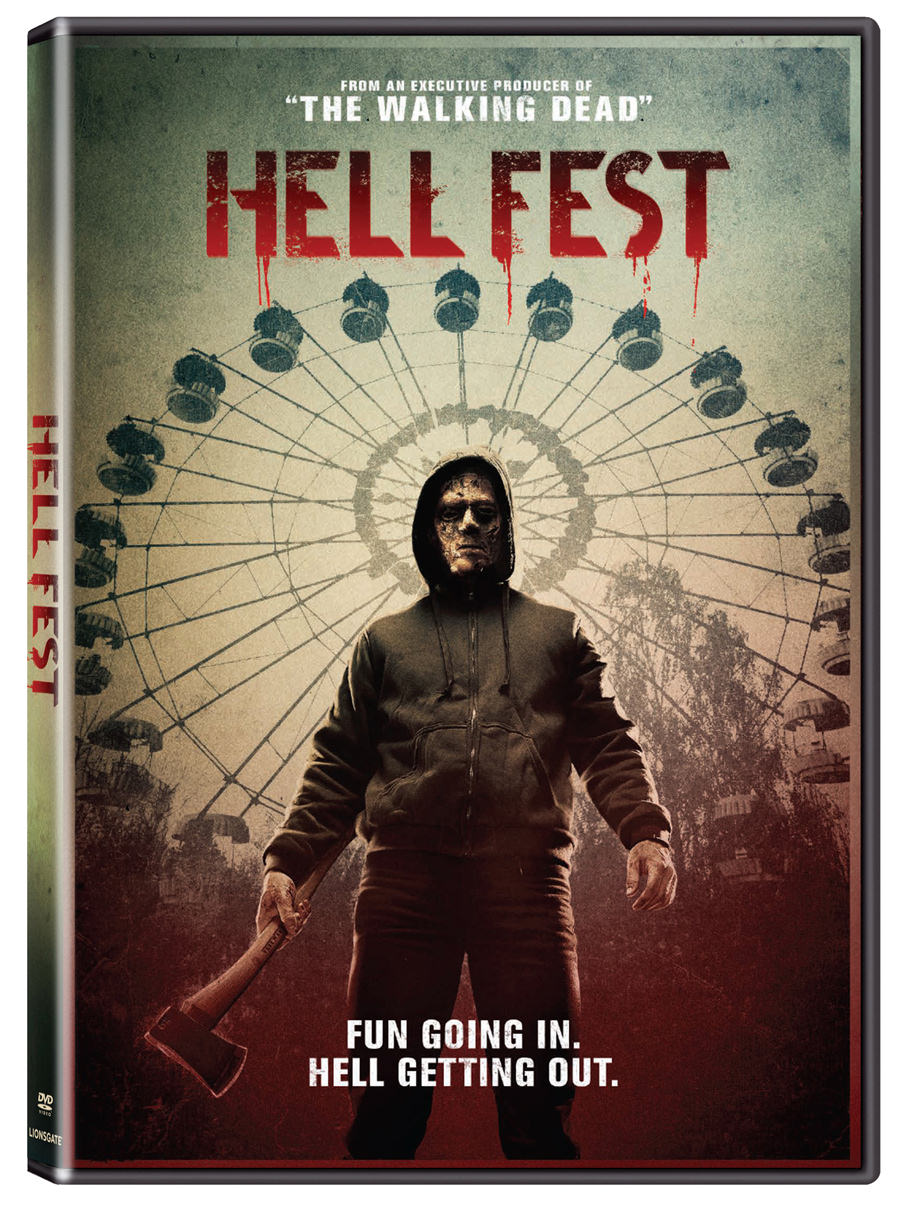