Paramount Home Entertainment has announced the date and released artwork for the actioner, Mission: Impossible – Fallout starring Tom Cruise, Henry Cavill, Ving Rhames, Simon Pegg and Alec Baldwin. Click on the link below or image to the left to check out the features and artwork.

Produced by Tom Cruise and Bad Robot, Paramount Pictures and Skydance present MISSION: IMPOSSIBLE—FALLOUT, one of the best reviewed movies of the year, thrilling critics and audiences alike and boasting a 97% Fresh rating on Rotten Tomatoes.  Now fans can go deeper into the Mission with over an hour of high-octane, behind-the-scenes footage highlighting the incredible stunts, heart-pounding action and exotic locations on Digital*, a 3-disc 4K Ultra HD Combo Pack or a 3-disc Blu-ray Combo Pack.

Drop from the sky, race through Paris, and cling to a cliff with Ethan Hunt as the cast and crew reveal the incredible work that went into creating the breathtaking action.  Plus, check out deleted scenes, storyboards, multiple commentaries, and much more.  The 4K Ultra HD disc and 4K Ultra HD Digital release** feature Dolby Vision™, which brings entertainment to life through ultra-vivid picture quality with spectacular colors, highlights that are up to 40 times brighter, and blacks that are 10 times darker.  The film also boasts a Dolby Atmos® soundtrack remixed specifically for the home to place and move audio anywhere in the room, including overhead***.  In addition, both the 4K Ultra HD and Blu-ray Combo Packs include access to a Digital copy of the film.

On a dangerous assignment to recover stolen plutonium, Ethan Hunt (Tom Cruise) chooses to save his friends over the mission, allowing it to fall into the hands of a deadly network of highly skilled operatives intent on destroying civilization. Now, with the world at risk, Ethan and his IMF team (Simon Pegg, Ving Rhames, Rebecca Ferguson) are forced to work with a hard-hitting CIA agent (Henry Cavill) as they race against time to stop the nuclear threat.  Written and directed by Christopher McQuarrie, MISSION: IMPOSSIBLE—FALLOUT also stars Sean Harris, Angela Bassett, Michelle Monaghan and Alec Baldwin. 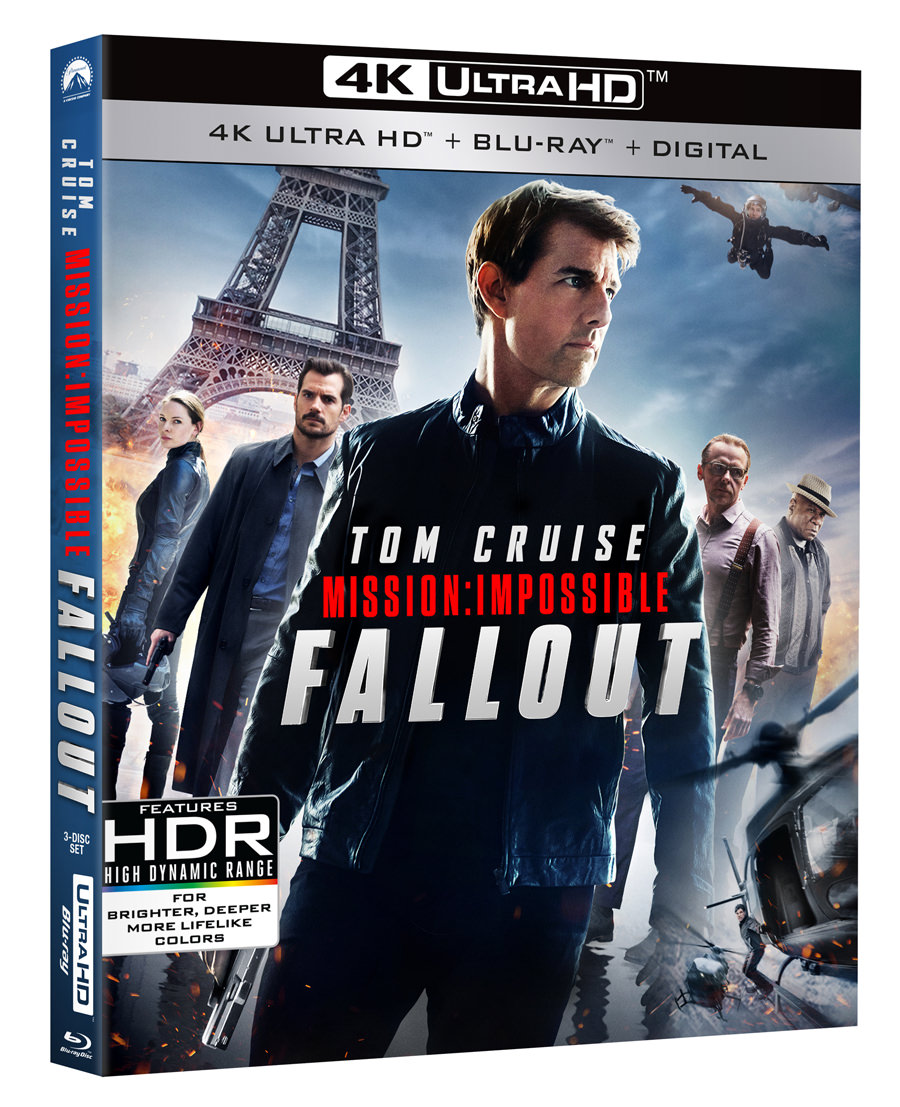 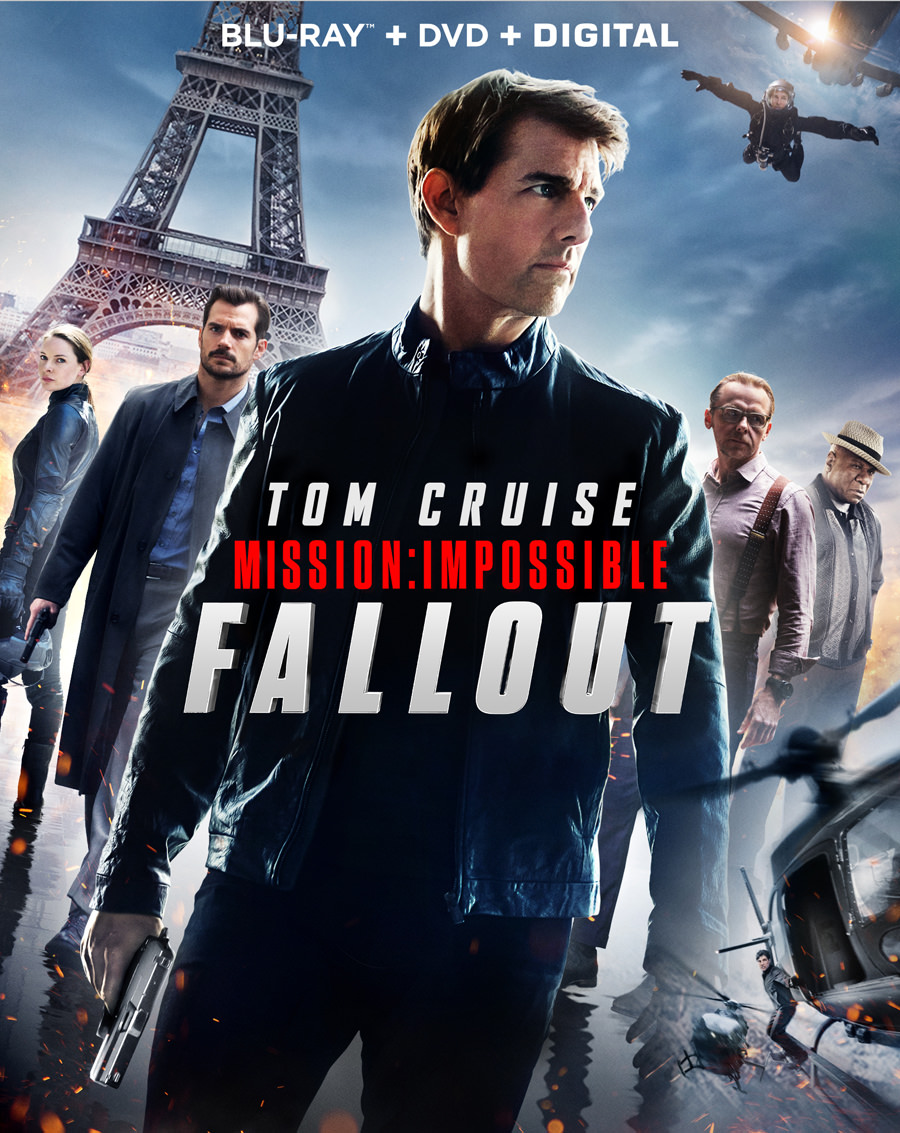