Lionsgate Home Entertainment has announced the date and released artwork for the horror-thriller, Lizzie starring Chloe Sevigny and Kristen Stewart. Click on the link below or image to the left to check out the features and artwork.

PROGRAM DESCRIPTION
It all started with an axe. Experience “a chilling reimagining of the Lizzie Borden murder” (Sara Stewart, New York Post) when Lizzie arrives on Digital December 4 and on Blu-ray™ (plus Digital), DVD, and On Demand December 11 from Lionsgate. Starring Academy Award® nominee Chloë Sevigny (Best Supporting Actress, Boys Don’t Cry, 1999) and People’s Choice Award winner Kristen Stewart, the film is based on the true events of the infamous, shocking, and bloody Borden family murders in 1892. An official Sundance Film Festival 2018 selection that “crackles with tension” (Karen M. Peterson, Awards Circuit), Lizzie “takes a legend and blows it up from the inside” (Ben Pearson, Slashfilm). Including a never-before-seen making-of featurette, the Lizzie Blu-ray and DVD will be available for the suggested retail price of $21.99 and $19.98, respectively.

OFFICIAL SYNOPSIS
Lizzie is a psychological thriller that reveals many layers of the strange and fragile Lizzie Borden, who stood accused of the infamous 1892 axe murder of her family in Fall River, Massachusetts. An unmarried woman of 32 and a social outcast, Lizzie (Chloë Sevigny) lives a claustrophobic life under her father’s cold and domineering control. When Bridget Sullivan (Kristen Stewart), a young maid, comes to work for the family, Lizzie finds a sympathetic, kindred spirit — and a secret intimacy soon blossoms into a wicked plan. 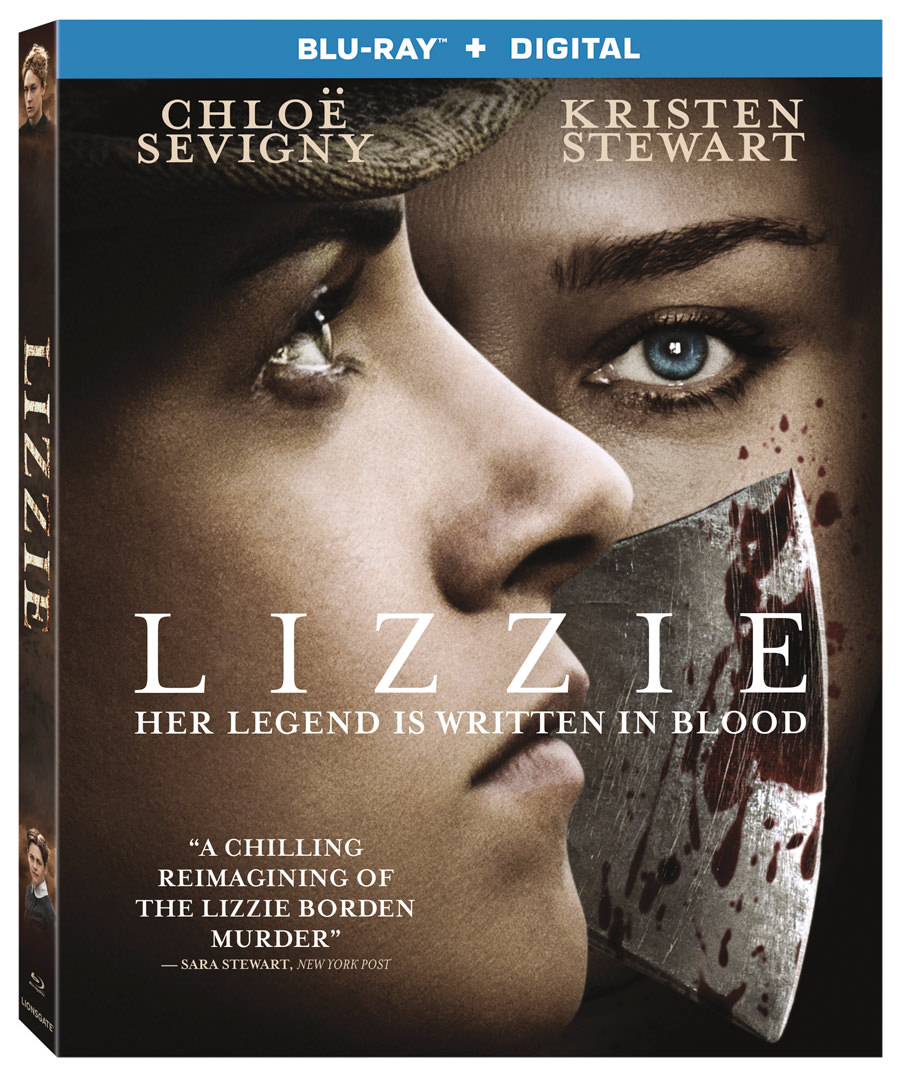 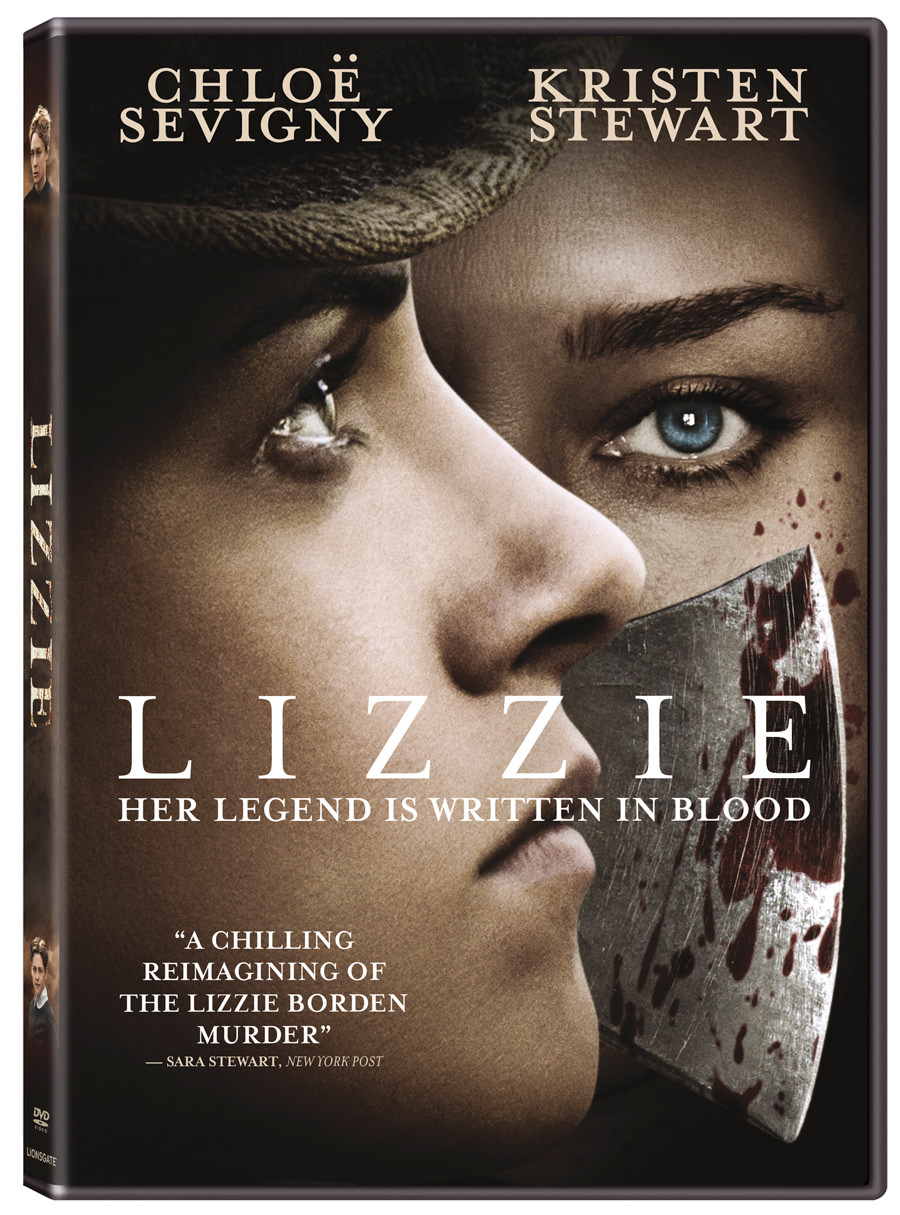