Lionsgate Home Entertainment has announced the date and released artwork for the action adventure sequel, Rambo: First Blood Part 2 starring Sylvester Stallone and Richard Crenna. Click on the link below or image to the left to check out the features and artwork.

OFFICIAL SYNOPSIS
He’s back! Superstar Sylvester Stallone is John Rambo, the ultimate action hero, in this explosive Oscar-nominated sequel to First Blood that boasts a riveting screenplay by Sylvester Stallone and James Cameron (Titanic). Although the Vietnam War is officially over, Rambo remains the perfect fighting machine. But his survival skills are tested with a vengeance on a top-secret mission that takes him back to the jungles of Vietnam in search of American POWs. For when Rambo is double-crossed, this “expendable” hero, armed with just a bow, arrows and knife, must defeat savage enemies equipped with deadly firepower. 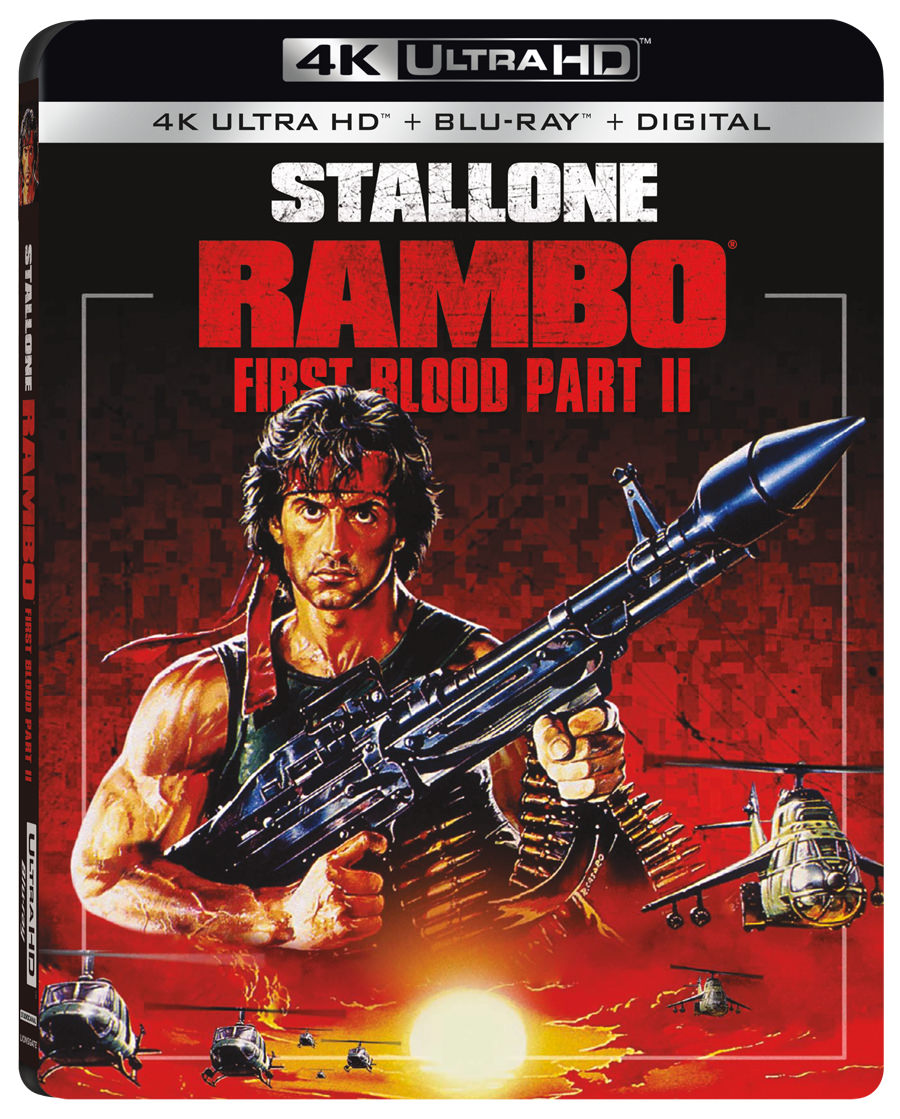