Lionsgate Home Entertainment has announced the date and released artwork for the action adventure, First Blood starring Sylvester Stallone, Richard Crenna and Brian Dennehy. Click on the link below or image to the left to check out the features and artwork.

PROGRAM DESCRIPTION
Two-time Academy Award nominee Sylvester Stallone (Best Actor, Rocky, 1976; Best Supporting Actor, Creed, 2015) stars in the role that made him an action movie legend when First Blood arrives on 4K Ultra HD Combo Pack (plus Blu-ray and Digital) November 13 from Lionsgate. Stallone stars as the iconic John Rambo, alongside Golden Globe winner Brian Dennehy (Best Actor, Death of a Salesman, 2000), Richard Crenna, and David Carusso in this explosive action-thriller, available on 4K for the first time ever. Also features a new, never-before-seen featurette, “Rambo Takes the 80’s Part 1”, which looks back at the incredible impact of this evergreen film. The First Blood 4K Ultra HD Combo Pack is loaded with special features and will be available for the suggested retail price of $22.99.

OFFICIAL SYNOPSIS
He never fought a battle he couldn’t win–except the conflict raging within his own soul. Academy Award-nominee Sylvester Stallone stars as war hero John Rambo. An ex-Green Beret haunted by memories of Vietnam, he was once the perfect killing machine. Now he’s searching for peace, but finds instead an over-zealous, small-town sheriff who’s spoiling for a fight. All hell breaks loose when an unjustly imprisoned Rambo escapes and becomes the target of a massive manhunt. Now he must use all his cunning, combat skills and weapons training to stay alive and outwit his pursuers. Co-starring Brian Dennehy and Richard Crenna, First Blood is an explosive action-thriller that will keep you on the edge of your seat until the final, powerful frame. 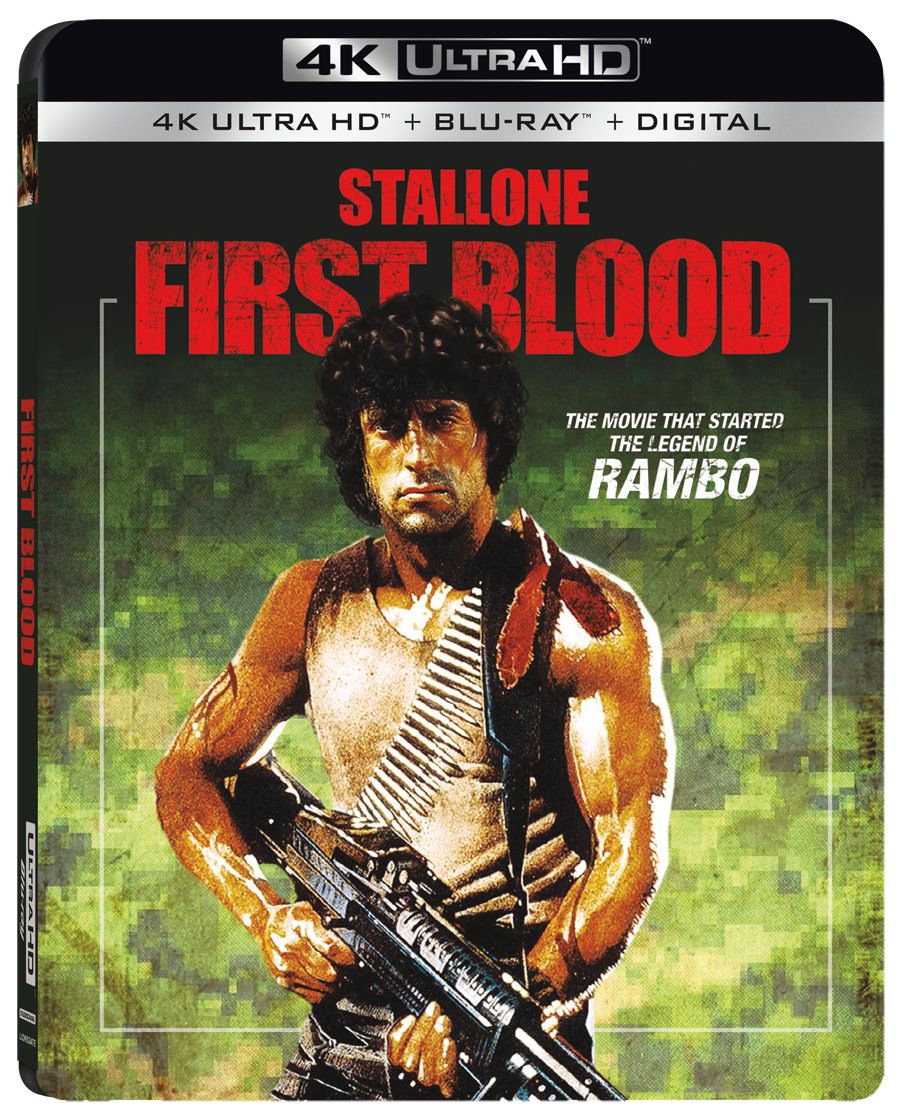