PROGRAM DESCRIPTION
Experience intense action and explosive special effects when Final Score arrives on Blu-ray (plus Digital), DVD and Digital November 13 from Lionsgate. This film is currently available On Demand. Featuring an all-star cast including Dave Bautista, Ray Stevenson, and Pierce Brosnan, and from the director of Heist and a producer of Precious Cargo, the film tells the tale of an ex-soldier’s fight to save his niece after deadly terrorists abduct her during a soccer match. The Final Score Blu-ray and DVD include an audio commentary, deleted scenes, and “Setting the Final Score” featurette and will be available for the suggested retail price of $21.99 and $19.98, respectively.

OFFICIAL SYNOPSIS
After deadly terrorists abduct his niece at a soccer match, an ex-soldier with lethal fighting skills (Dave Bautista) wages a one-man war to save her and prevent mass destruction. 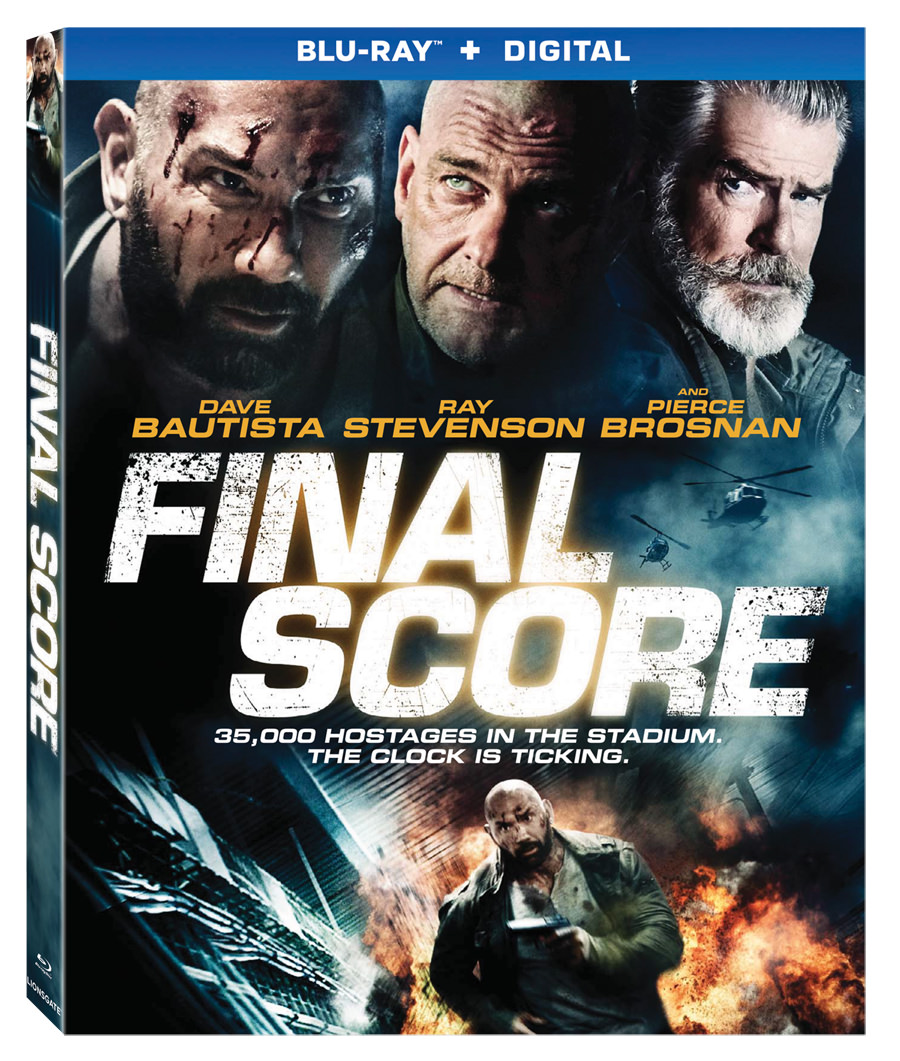 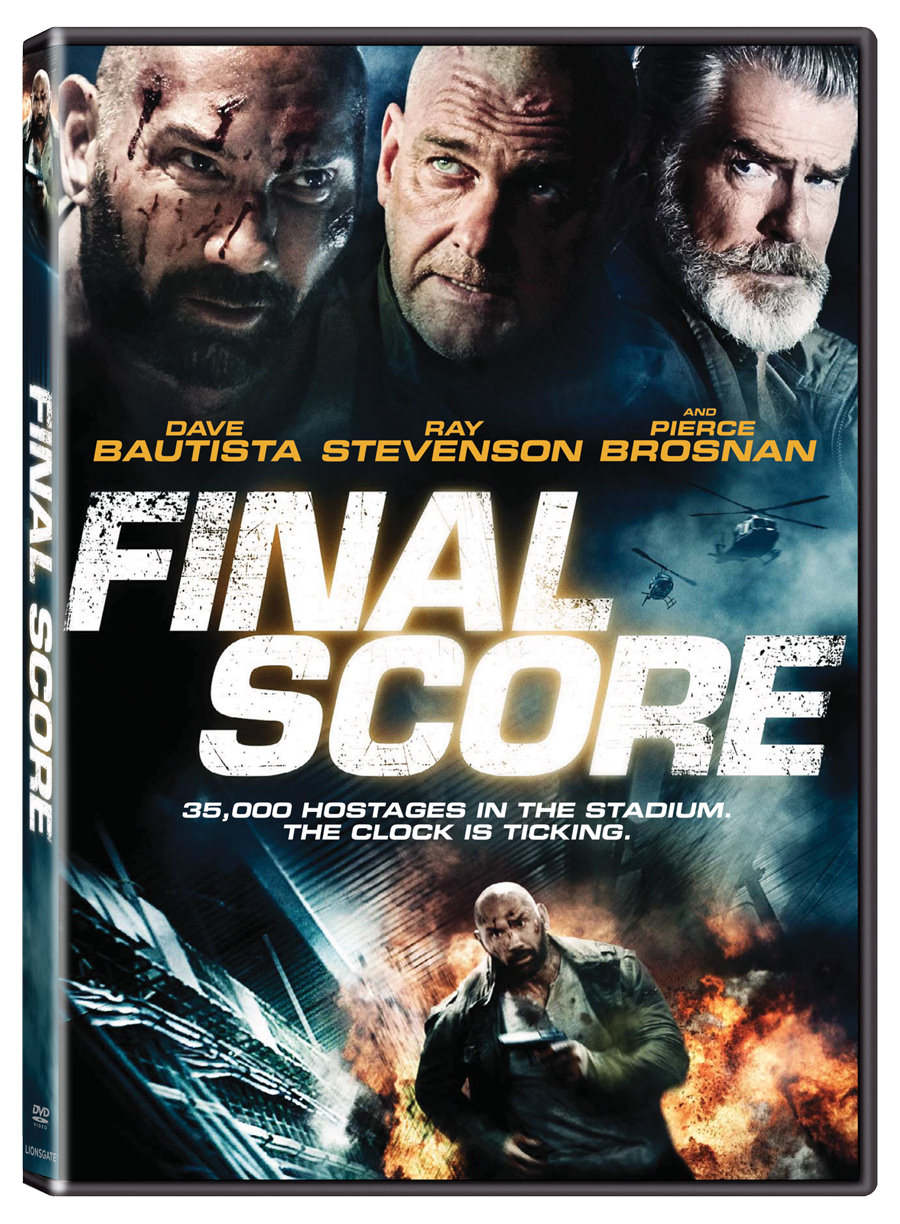