Universal Pictures Home Entertainment has announced the date and released artwork for the action-adventure extravaganza, Jurassic World: Fallen Kingdom starring Chris Pratt, Bryce Dallas Howard and Jeff Goldblum. Click on the link below or image to the left to check out the features and artwork.

Celebrate the newest installment of the action-packed Jurassic franchise when Jurassic World: Fallen Kingdom arrives on Digital and via the digital movie app MOVIES ANYWHERE on September 4, 2018, as well as on 4K Ultra HD, 3D Blu-ray, Blu-ray, DVD and On Demand on September 18, 2018.

Plot Synopsis: Owen (Pratt) and Claire (Howard) return to Isla Nublar three years after the destruction of the Jurassic World theme park to rescue any remaining dinosaurs on the island from a catastrophic volcano that threatens to leave dinosaurs extinct once again. Owen is driven to save his lead raptor, Blue, while Claire makes it her mission to preserve the creatures that she has grown to deeply respect. When the lava begins to rain down, they soon discover terrifying new breeds of ferocious dinosaurs along with a conspiracy that could threaten the entire world. 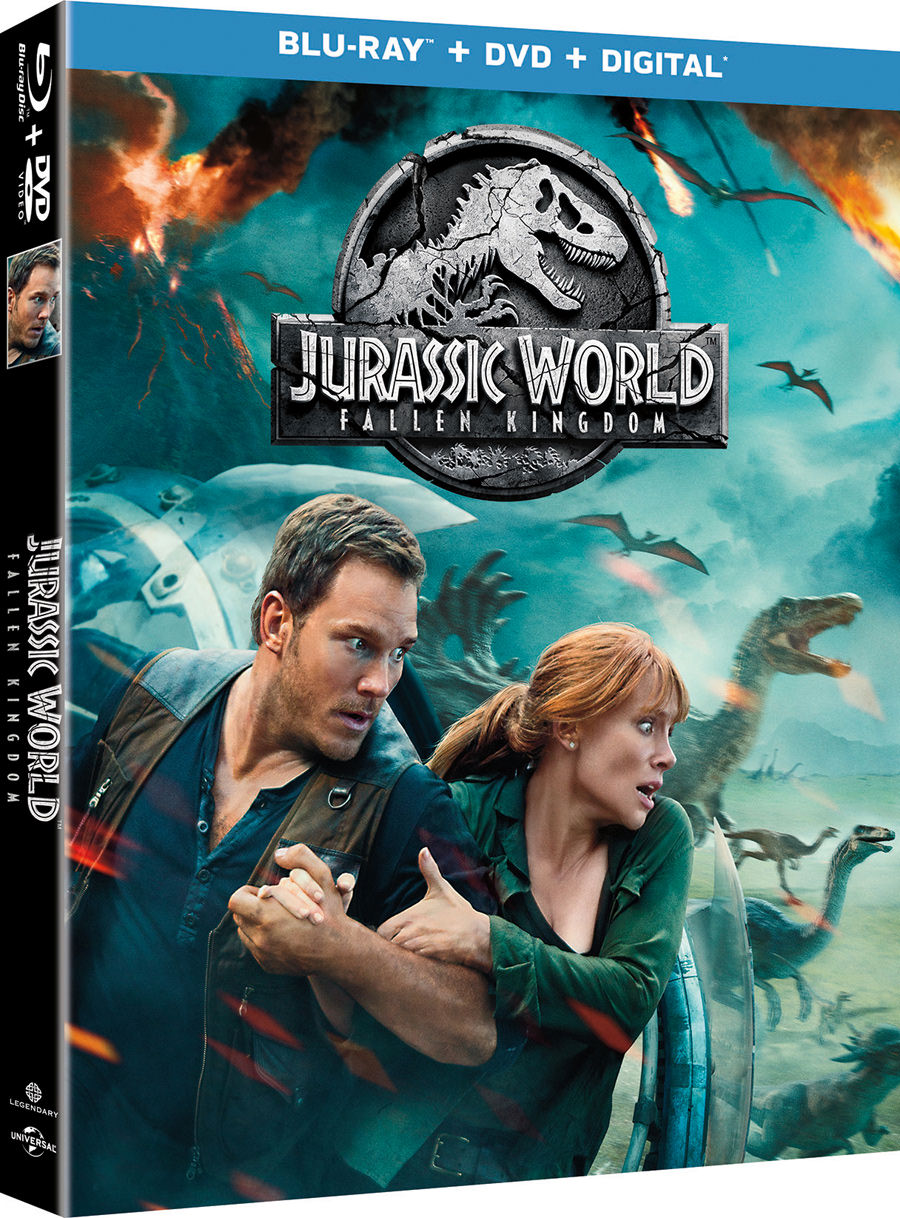