Walt Disney Home Entertainment has announced the date and released artwork for the epic action-adventure ensemble, Avengers: Infinity War starring Robert Downey Jr., Chris Hemsworth, Chris Evans, Scarlett Johansson and 100 others. Click on the link below or image to the left to check out the features and artwork.

Box office history was made when Marvel Studios’ “Avengers: Infinity War” shattered all opening records, surpassed the $2 billion mark at the global box office in just 48 days, and remains the fourth highest-grossing film of all time. Now, the cinematic event ten-years in the making comes home Digitally on July 31 and Blu-ray on Aug. 14 with over two hours of bonus.

“Marvels’ Avengers: Infinity War” is a must-own addition to every in-home film collection and is packaged several ways so that fans get the most out of their viewing experience. Consumers who experience the ultimate showdown Digitally will join a 30-minute roundtable with Marvel Cinematic Universe (MCU) directors Anthony and Joe Russo, Jon Favreau, Joss Whedon, James Gunn, Ryan Coogler, Peyton Reed and Taika Waititi who reflect on how their movies contribute to the MCU’s larger storytelling adventure.

And for those who wish to catch up on their MCU history, select retailers are also offering bundled packaging as well as individual Digital and Physical releases of “Marvel’s The Avengers” and “Avengers: Age of Ultron.” 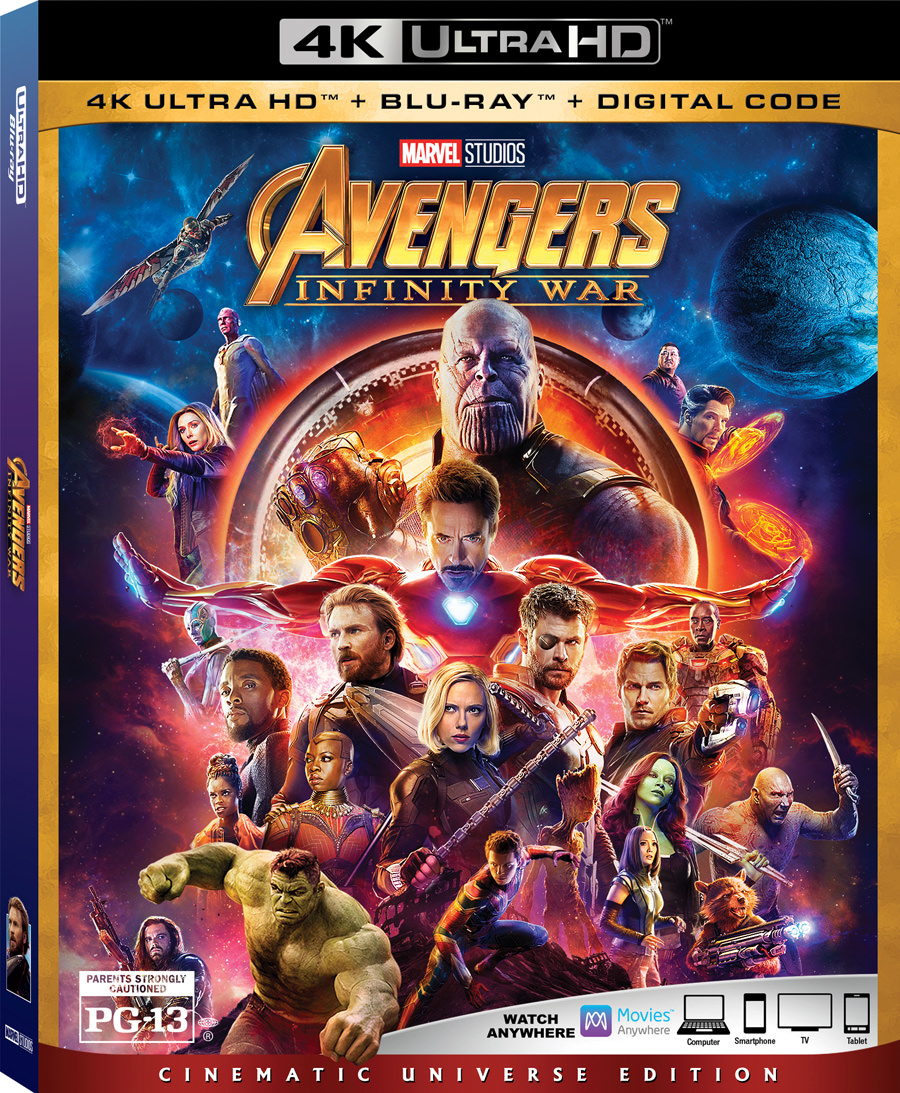 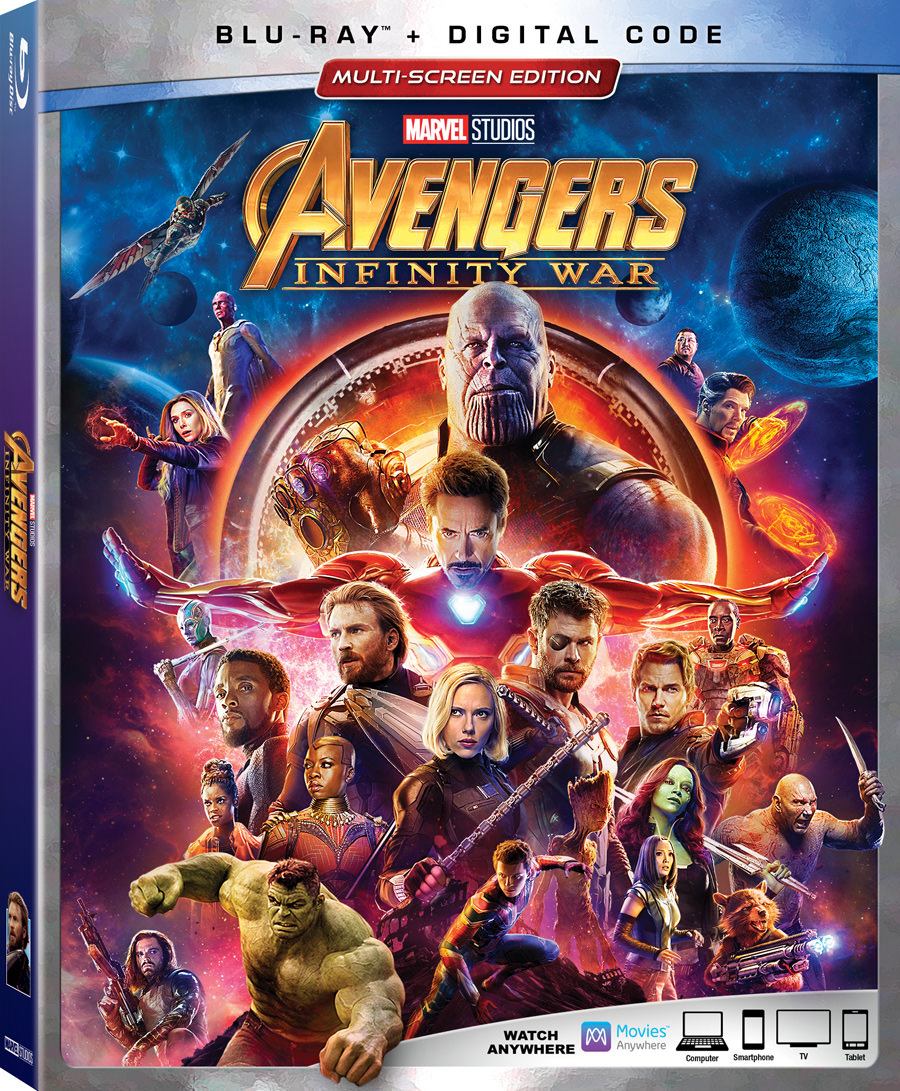