Lionsgate Home Entertainment has announced the date and released artwork for the war-drama, The Yellow Birds starring Tye Sheridan, Alden Ehrenreich, Toni Collette, Jason Patric, Jack Huston and Jennifer Aniston. Click on the link below or image to the left to check out the features and artwork.

Lionsgate Home Entertainment has announced an August 14th release date for The Yellow Birds. The Blu-ray will come with a 5.1 DTS-HD Master Audio track while the DVD will have the usual Dolby Digital 5.1 audio mix. The Blu-ray and DVD will retail for $21.99 and $19.98, respectively.

Synopsis: Against the explosive backdrop of the Iraq War, young soldiers Brandon Bartle (Ehrenreich) and Daniel Murphy (Sheridan) forge a deep bond of friendship. When tragedy strikes the platoon, one soldier must return home to face the hard truth behind the incident, and help a grieving mother (Aniston) find peace. With a compelling mix of battle action and poignant drama, The Yellow Birdsis an unforgettable movie whose power resonates long after the final frame . 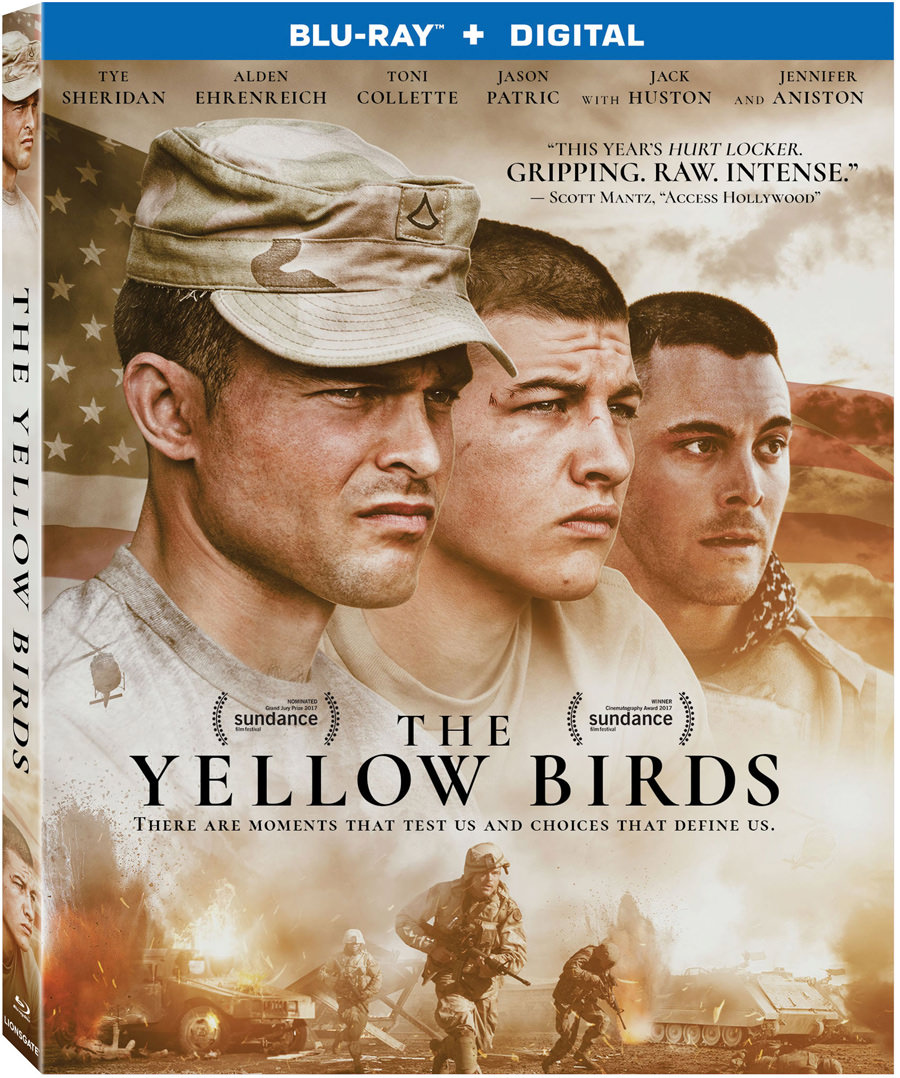 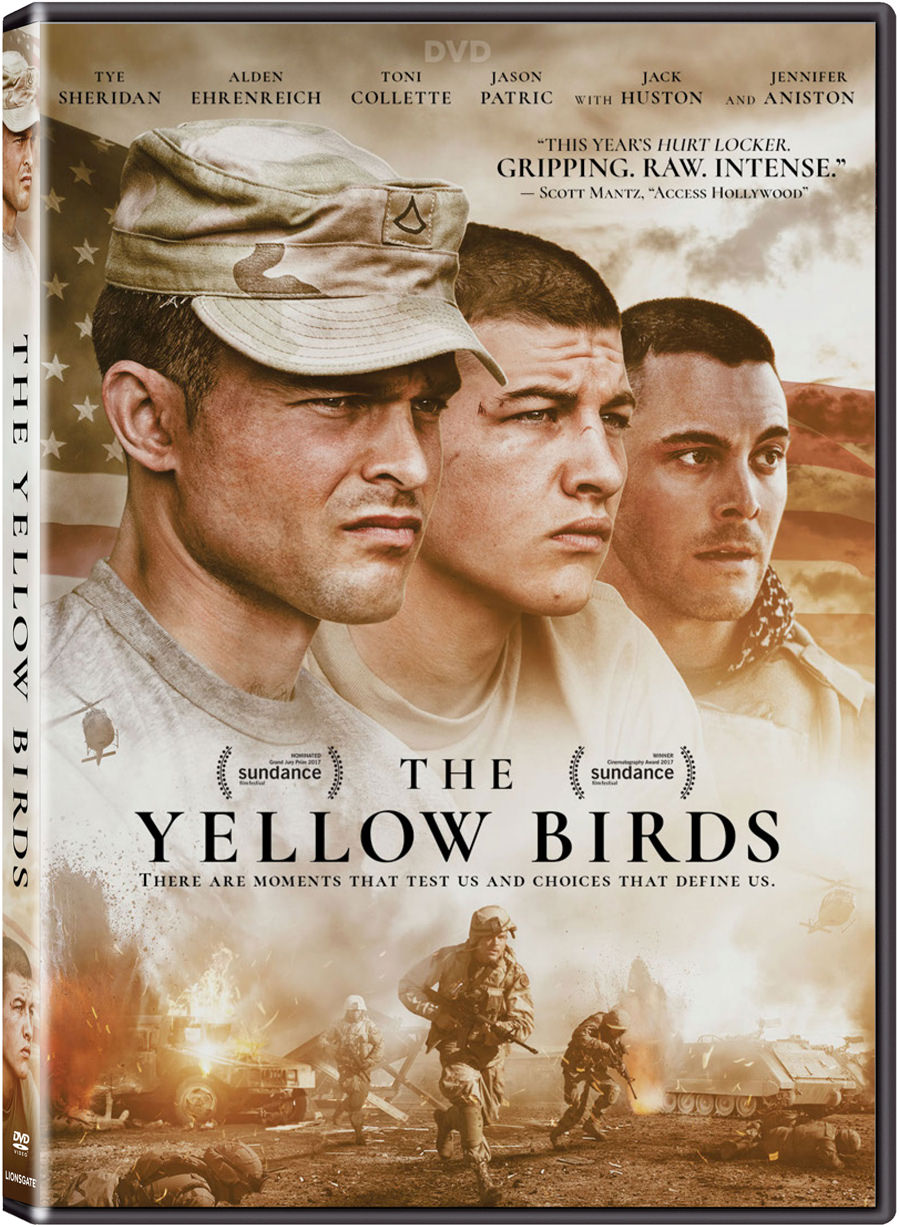