Lionsgate Home Entertainment has announced the date and released artwork for the high octane action/thriller, The Transporter 3 starring Jason Statham, Natalya Rudakova and Robert Knepper. Click on the link below or image to the left to check out the features and artwork.

Lionsgate Home Entertainment has announced an August 7th release date for Transporter 3. The 4K UHD will come with a Dolby Atmos track and will retail for $22.99.

Synopsis:Jason Statham is back as Frank Martin, the Transporter, in this explosive third installment of the action-adventure series. This time, Frank is presented an offer he can’t refuse and ends up with a mysterious passenger and a dangerous destination — calling for a new machine and new rules. The stakes are bigger, the enemy is deadlier, and the action has never been hotter. 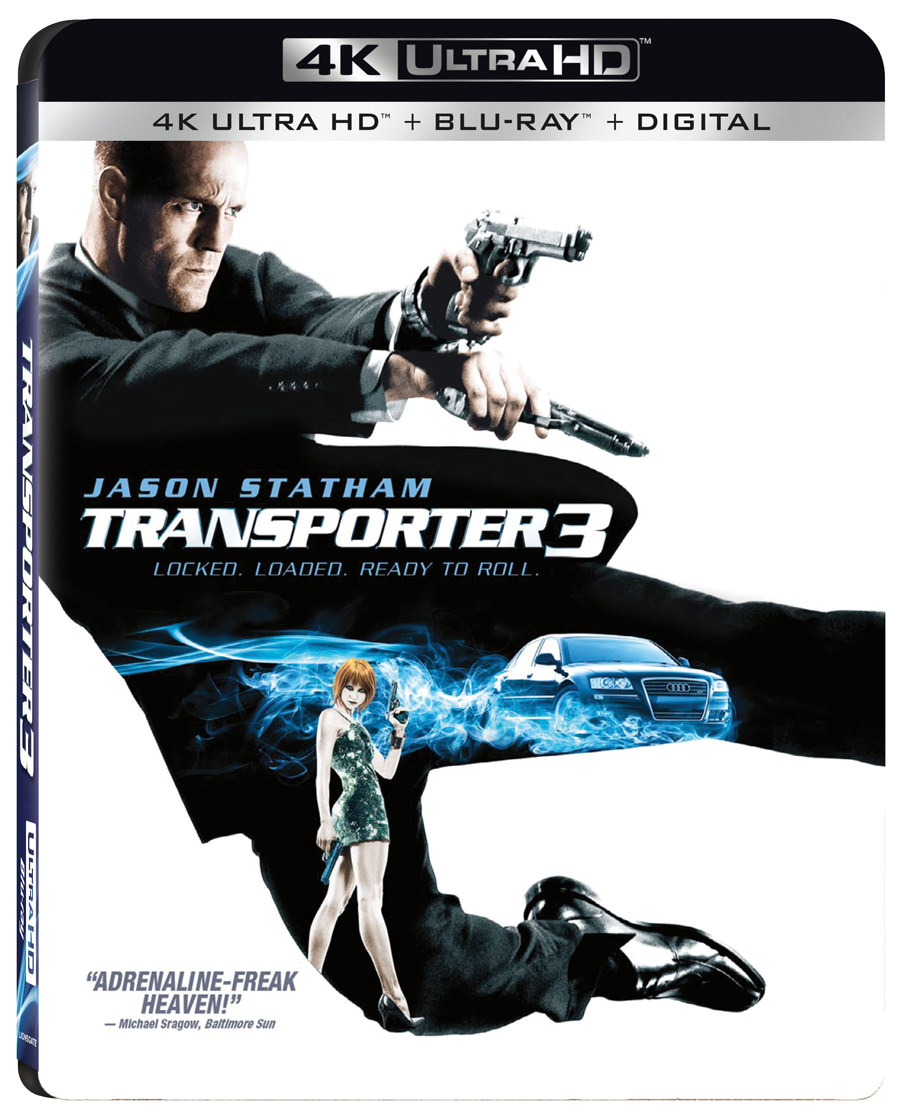