Warner Brothers Home Entertainment has announced the date and released artwork for the third season of Supergirl starring Melissa Benoist. Click on the link below or image to the left to check out the features and artwork.

Warner Brothers Home Entertainment has announced a September 18, 2018 release date for Supergirl: The Complete Third Season. The Blu-ray will come with a 5.1 DTS-HD Master Audio track while the DVD will have the usual Dolby Digital 5.1 audio mix. The Blu-ray and DVD will retail for $49.99 and $44.98, respectively.

Synopsis:In Season Three, Kara Danvers grapples with the sacrifices she’s made personally while saving National City as Supergirl.  She even considers covering up her human identity altogether. Being human and vulnerable is hard. Maybe she’s better off embracing her alien DNA and only being the “Girl of Steel.” As Kara struggles with her path forward, she continues to work with Hank Henshaw and her sister, Alex, at the Department of Extranormal Operations to battle all threats to National City, including new villains Morgan Edge, and the “Worldkiller,” known as Reign.  Everything Kara’s ever known and everyone she’s ever loved will be tested in all 23 supercharged Supergirl adventures. 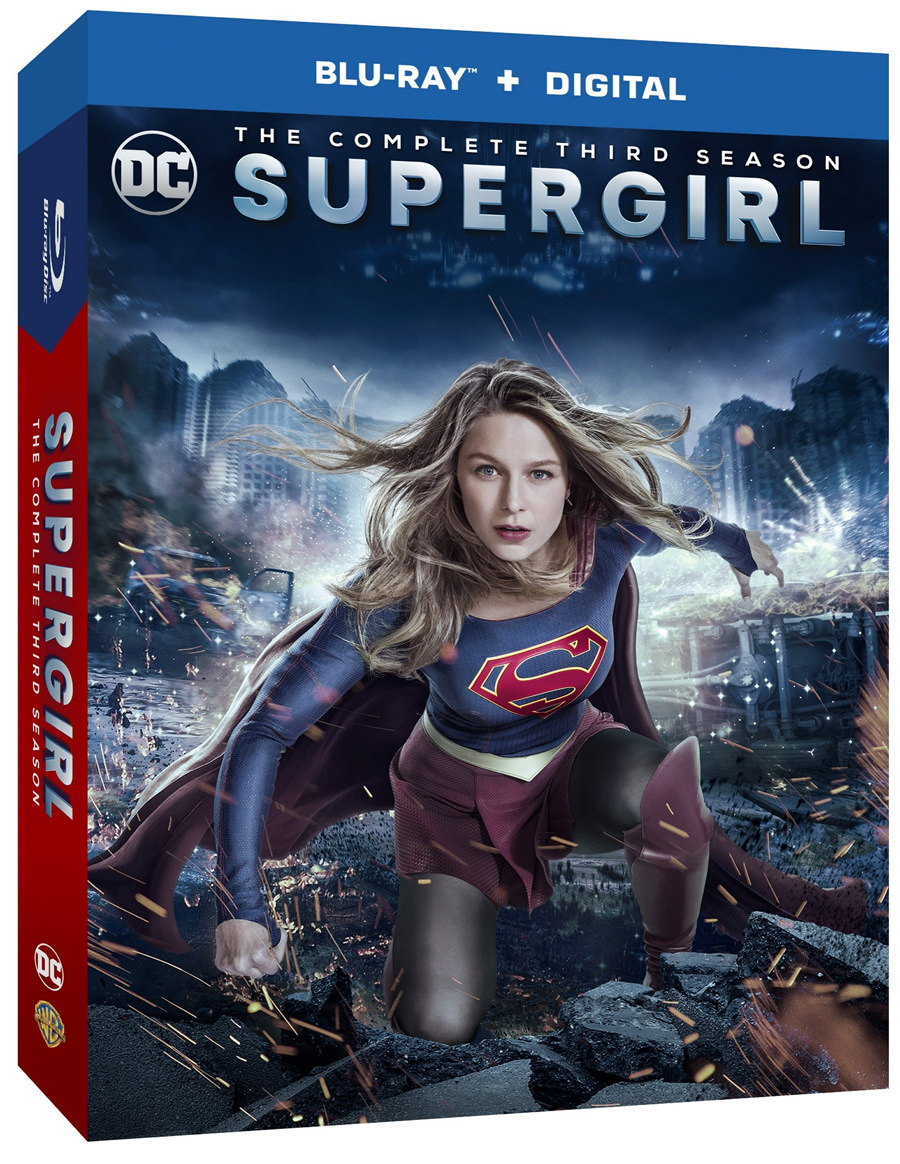