Lionsgate Home Entertainment has announced the date and released artwork for the drama, I Can Only Imagine starring Dennis Quaid and Trace Adkins. Click on the link below or image to the left to check out the features and artwork.

Lionsgate Home Entertainment has announced a July 12, 2018 release date for I Can Only Imagine. The Blu-ray will come with a 5.1 DTS-HD Master Audio track while the DVD will have the usual Dolby Digital 5.1 audio mix.

Synopsis: Running from a troubled home life and a broken relationship, Bart Millard (Finley) found escape in music. Hitting the road in a decrepit tour bus, Bart and his band MercyMe set out on an amazing journey none of them could have ever imagined, in this uplifting, music-filled movie that beautifully illustrates the power of forgiveness and God’s love. 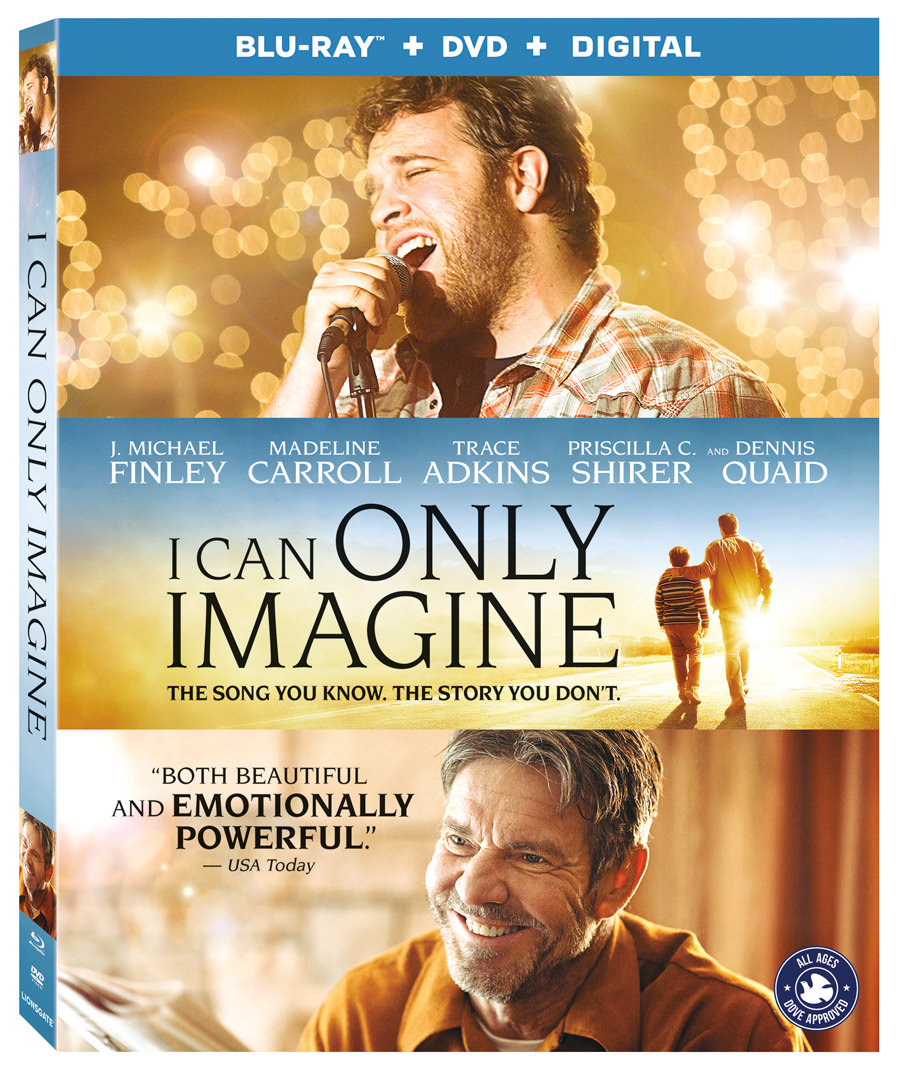 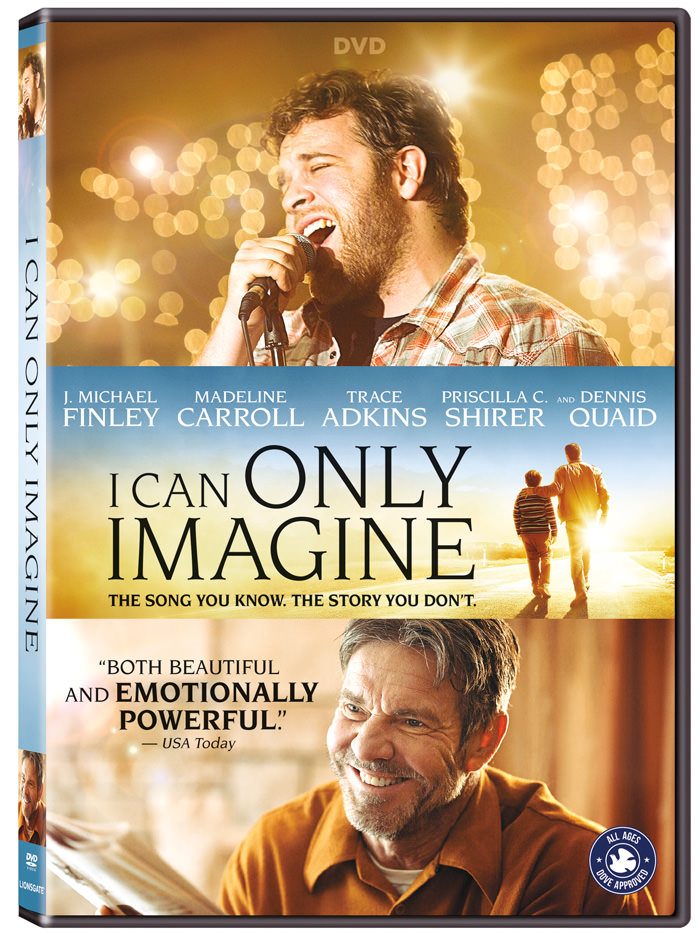